According to Celtics president of basketball operations Brad Stevens, Marcus Smart talked to both Jayson Tatum and Jaylen Brown on Tuesday regarding his controversial comments following the Celtics’ 128-114 loss to the Bulls.

Stevens told NBC Sports Boston’s Michael Holley that being “measured” is important when speaking publicly, but that Smart speaking to Brown and Tatum was crucial. To that end, Stevens said he saw Smart and Tatum eating breakfast on Tuesday and talking about solutions.

“Those guys want to win,” Stevens said. “And at the end of the day, I think that that’s the most important thing.”

The Celtics suffered a historic loss to the Bulls, dropping the fourth quarter 39-11. When asked by a reporter afterward how he can help right the ship offensively, Smart said he couldn’t do much standing in the corner and called for more ball movement when opposing teams zero in on the two young stars.

“I mean, I would just like to play basketball,” Smart said. “Every team knows we are trying to go to Jayson and Jaylen, and every team is programmed and studied to stop Jayson and Jaylen. I think everybody’s scouting report is to make those guys try to pass the ball.

“They don’t want to pass the ball and that’s something that they’re going to learn. They’re still learning and we’re proud of the progress they are making, but they are going to have to make another step and find ways to not only create for themselves but create for others on this team.”

On Tuesday, Stevens told Holley the Celtics are “going to find out” whether they have the right group in place, noting that he didn’t feel good about the team last year when the Celtics started 8-3.

“Right now at 2-5, I feel a lot better from a structural standpoint at 2-5,” Stevens said. “It’s a long year, there’s 75 games left. Every loss and every moment gnaws at you and eats at you, but my responsibility is to look at it from a 10,000-foot view and not make those decisions based on a tough 14 minutes in a basketball game.”

Much has been made of the fact that the Celtics nearly traded Paul Pierce but opted instead to hang onto him in the summer of 2007, instead adding Ray Allen and Kevin Garnet. That trio came together quickly on the court and helped the Celtics claim the 2008 NBA title.

Brown and Tatum are 25- and 23-years-old respectively and will likely be perennial All-Star candidates for a long time. A healthy hesitance to trade either player makes sense.

Still, speculation is reportedly running rampant regarding their long-term viability as a duo. The Celtics may have plans to try to build a new Big Three, and perhaps adding a third star could give the team the dynamic it needs, but this year’s roster is yet to show much promise even when players say the right things.

A couple of wins this week might help everyone inside and outside the organization take a much-needed breath. 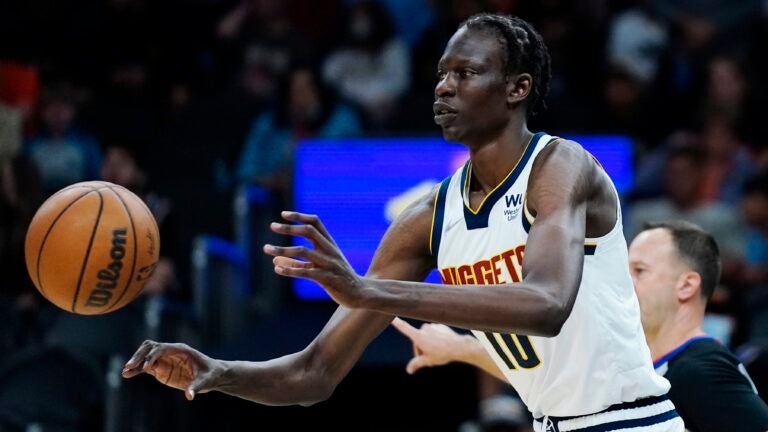