After a recent report emerged that the Celtics were having “conversations” with the 76ers about potentially trading for Ben Simmons—and that the deal would “have to” include Jaylen Brown—Boston president of basketball operations Brad Stevens appeared to dismiss the rumor on Thursday morning.

“Obviously, if there is something that gains enough steam or gains enough media attention, then you want to have conversations with the people in your building just to make sure that they know what’s real,” Stevens explained.

So, what did he say to Brown about the false report?

“I just walked up to Jaylen and said, ‘Hey, your name’s all over the place, as you know,'” Stevens recalled. “‘Obviously, from our standpoint, you’re a Celtic and a guy that we obviously we think exceptionally high of, and, you know, nothing doing.’ I just wanted to make sure he had that peace of mind.”

Stevens said that Brown was unaffected by his name appearing in the rumor.

“I don’t think he thought twice about it.”

Brown missed his second straight game on Wednesday due to a hamstring injury that’s expected to keep him out one-to-two weeks. 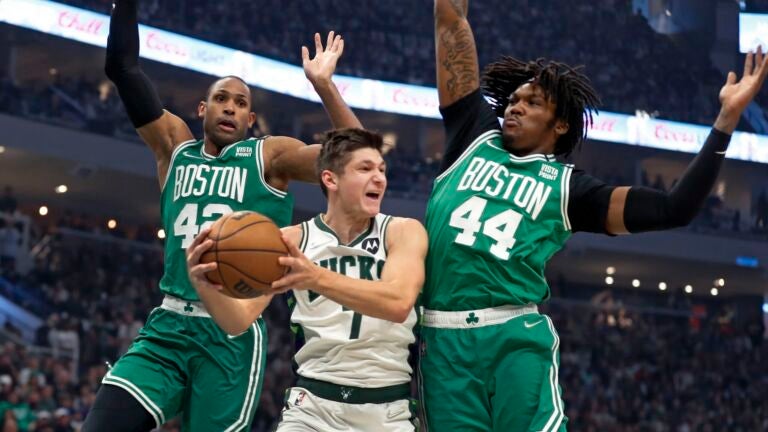 Without the comeback of Al Horford, the Celtics would not have come charging back in Game 3