Enes Kanter has played in just two games this season for the Celtics, but his limited minutes aren’t related to his stance on China, according to Celtics coach Ime Udoka.

Kanter seemed to suggest his playing time was impacted by his stances in a tweet on Sunday.

“Keep limiting me on the court, I will expose you off the court,” he wrote.

Kanter publicly protested president of Turkey Recep Tayyip Erdoğan for years over the treatment of political enemies, including Kanter’s father. Now, he enthusiastically supports Taiwan and advocates for Tibetan independence. He also called out Nike and the NBA in a CNN interview, saying the shoe company exploits slave labor and is silent on treatment of the Uyghur community and the league supports him quietly but not in statements.

According to Udoka, however, Kanter’s comments have nothing to do with his playing time. Kanter stays on the bench because he can’t defend the pick-and-roll.

“We have a lot of guys that aren’t playing that could be playing and want to play,” Udoka said. “I’ve talked to those guys about staying prepared and being professional and ready to play. I’ve been through the same situation as a player. But our playing time reasoning is strictly based on basketball.”

Udoka added that Kanter struggles to play defense in his system, which involves a lot of switching. Kanter is slow-footed as a defender and not particularly mobile.

“At the same time, it’s not just a result of what he’s not doing,” Udoka said. “It’s other guys are doing it well. We have Al and Rob, who are kind of staggering there. And then, to my point, Juancho, Payton, Jabari at times, we’ve got a lot of guys that are qualified and want to play and they’re competitive so they’re getting antsy. You want to find them minutes but other guys are playing well and — to Enes’ point — it’s strictly basketball.”

Udoka was asked if he is afraid Kanter’s comments could become a distraction.

“Not really a distraction,” Udoka said. “Like I said, our reasons are basketball-specific. I don’t have social media. I’ve heard of some things, but guys have the right to express their views. And I’ve said that from Day 1. Nothing basketball-related will be based on any of that.” 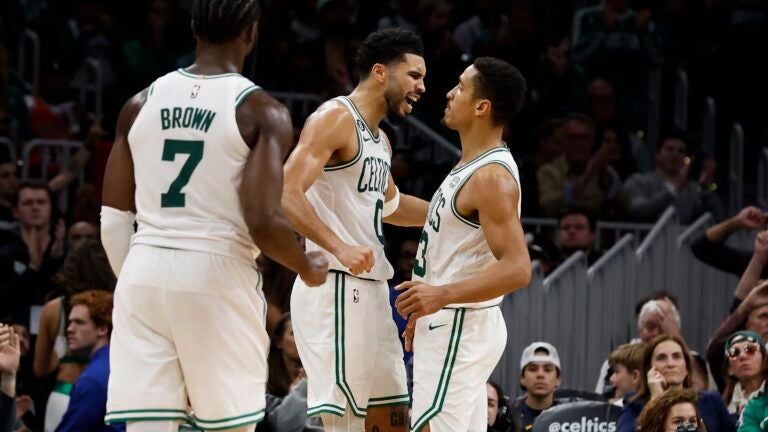