During Game 1 of the 2008 NBA Finals against the Lakers, Pierce had to leave the court on a wheelchair due to a knee injury. However, he came back into the game less than two minutes of game time later and immediately scored seven points in the final minutes of the third quarter.

It was later revealed that Pierce tore part of his MCL, but that didn’t stop years of conspiracies as to why Pierce was wheelchaired off the court. The biggest rumor was that Pierce actually defecated himself and didn’t get hurt, using the wheelchair to excuse himself.

In an interview on the “What Did I Miss?” podcast with The Athletic’s Michelle Beadle, Pierce explained why the story of him pooping himself doesn’t check out.

“If you poop your pants, does it make sense to sit down and mush it in a wheelchair?” Pierce asked Beadle. “I would walk back there and go straight to the bathroom. Why would I need a wheelchair if I pooped my pants? You don’t sit down on your poop, right? It doesn’t make sense.”

Pierce has talked about that rumor surrounding his Game 1 injury in the past. While working for ESPN as analyst during the 2019 NBA Finals, Pierce joked that he indeed pooped his pants.

“I have a confession to make,” Pierce deadpanned. “I just had to go to the bathroom.”

Pierce and the Celtics went on to defeat the Lakers in six games. Pierce won Finals MVP, averaging 21.8 points and 6.3 assists per game in the series. 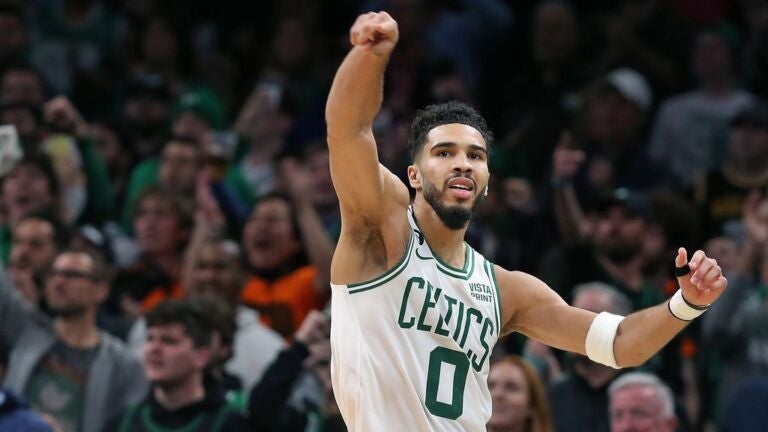