In 2018, 76ers star big man Joel Embiid made headlines with a frank assessment of his team’s performance against the Celtics.

“This is not a rivalry,” Embiid said after a big loss to the Celtics. “I don’t know our record against them, but it’s pretty bad. They always kick our ass.”

At the time, that may have been true, and it remains the case in the playoffs: The Celtics have won two consecutive series (and eight of nine games) against the Sixers in the postseason with each team’s current core. In the regular season, however, the Sixers have reversed their fortunes — prior to Wednesday’s game, the Sixers had won seven of eight.

Still, according to Ime Udoka, Celtics players at the FIBA World Cup in China weren’t shy about their dominance against the the Sixers. In 2019, the Celtics were fresh off a disappointing season and were yet to sweep the Sixers in 2020, but they still had the 2017-18 run that included a five-game series victory against the Sixers without Kyrie Irving or Gordon Hayward.

“Spending some time with Jayson [Tatum], Jaylen [Brown], Marcus [Smart], Kemba [Walker] in China, they had talked about it, before realizing I was going to Philadelphia,” Udoka said prior to Wednesday’s game. ‘”Made some jokes like, ‘We got mind control over Philly.’ And Philly said the same thing when I was there.”

Udoka called the rivalry between the two teams a “unique one.”

“It’s been something that is obviously pretty deep-seeded and has a lot of series over the last few years,” Udoka said. “It’s a unique one that’s not broadcast like the Celtics-Lakers one. But the teams are very competitive and a lot of guys have crossed paths with these two teams in light of it.” 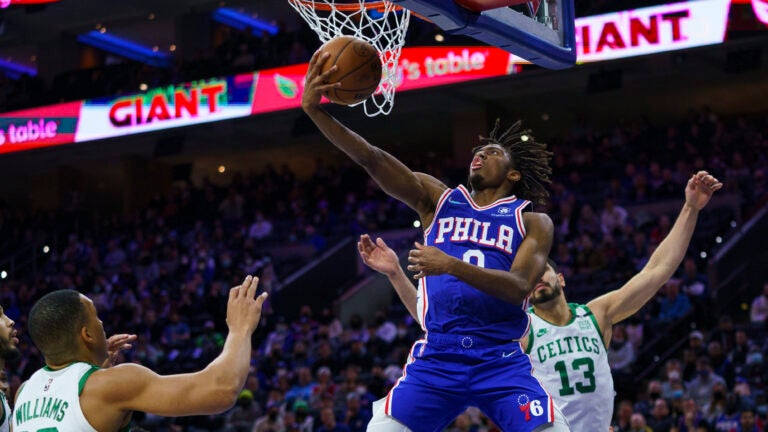