The Trail Blazers fired GM Neil Olshey over the weekend, and former Celtics president of basketball operations Danny Ainge appears to be a natural candidate.

Whether or not Ainge would have interest in leading the Blazers is unclear — at the introductory press conference for Brad Stevens as president of basketball operations, Ainge seemed to suggest he had little interest in taking over another GM job. But according to longtime Portland reporter Dwight Jaynes, the Blazers have not even reached out to Ainge.

The Blazers, of course, still have plenty of time to reach out if they are interested, and the fit is a natural one. Ainge grew up in Eugene, OR, and has family ties to Utah (which isn’t close to Portland but is certainly closer than Boston). He spent two years in Portland as a player and also brought a title to the Celtics in 2008 before putting together their current core via savvy draft picks.

The Blazers have a ton of huge decisions looming — most notably, the future of franchise cornerstone Damian Lillard. Lillard has not publicly expressed a desire to be traded, but he is 31 and ring-less, and the Blazers have no viable path to contention in the near future barring a miracle. After spending his entire career with one franchise, Lillard might understandably be interested in a move to a franchise with championship aspirations.

Having an experienced GM like Ainge at the helm could help set the franchise up well for the future. Ainge has overseen several different types of teams — a title contender from 2008-10, the aging Big Three from 2011-13, the teardown, and then the winding build back through the draft, free agency, and the trade market.

Still, getting him out of retirement might not be easy.

“I don’t know what my future holds,” Ainge told reporters when he stepped down. “I don’t have any plans right now. … I’ll think about the future somewhere in the future.” 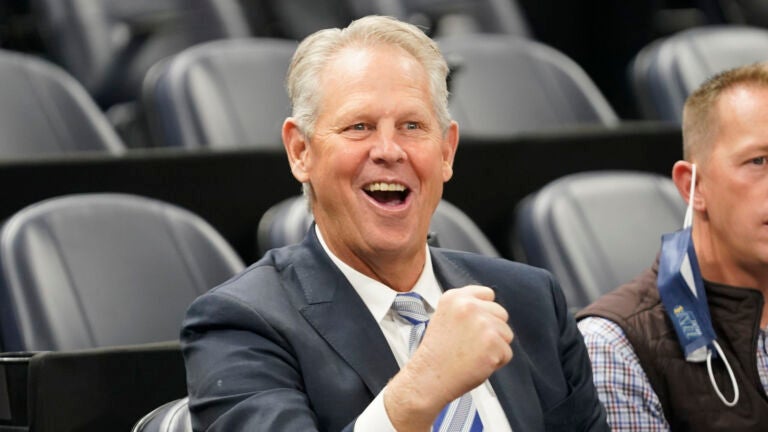