A Celtics icon believes he has the answer for why his former team’s been struggling as of late.

After the Celtics blew a 25-point lead to the Knicks on Thursday, Hall of Fame point guard Bob Cousy told The Boston Globe’s Dan Shaughnessy that his old team needs more stability on offense when it holds a late-game lead.

“There’s something wrong,” Cousy said. “It’s just schoolyard. Run up and down and take the first shot that shows. There doesn’t seem to be intelligent direction.

“I think a stabilizing piece is missing. They usually [expletive] it up in the fourth quarter when you need to be paying attention to business.

“I hate to bring it back to a point guard but … you don’t have that control. When we got a lead of 6-8 points, that was when I would take it home. I just would not allow us to lose the lead.”

As the Celtics’ all-time assist leader pondered the team’s need for a point guard, he recognized that good ones are “difficult to come by.”

“They had one in Kyrie [Irving], but he was a head case. They potentially had one in Kemba [Walker], although Kemba was a shooting guard more than a point guard,” Cousy said. “You need a penetrating point guard at that point who is a threat and then he passes off to the [Jayson] Tatums and the [Jaylen] Browns.

“I love Marcus Smart, but I don’t love him as a point guard. He thinks he’s the best point guard; he’s not, but he’s still a positive factor.”

For much of the season, the Celtics have used their two young stars to initiate the offense – especially Tatum. Tatum and Brown lead the team in frontcourt touches, respectively, with Tatum also ranking second on the team in time of possession behind Dennis Schroder.

But Cousy doesn’t believe Tatum and Brown have the skills yet to be effective initiations, especially in crunch time.

“Right now, at crunch time in the fourth quarter, they’re giving it to Brown and Tatum to create for themselves and 70 percent of the time they do, but they don’t have the creating skills that a clever point guard would have, so they [expletive] it up,” Cousy said.

“So we’re in last place in fourth-quarter performance. Tatum and Brown have great skills, up to a point, but not necessarily those of a point guard.

“They should be a lot better than they are. It doesn’t look like we’re going to be hanging banner No. 18 any time soon.”

The Celtics’ performance in close, late-game situations has been astoundingly bad this season. For starters, they’re 2-11 in games decided by five points or fewer. They rank second-to-last in fourth-quarter net rating at -8.7. Their fourth-quarter offensive rating (104) is the fifth-worst in the league and their fourth-quarter assist percentage (52.8) is the fourth-worst in the league, suggesting that the Celtics haven’t done much to help each other offensively late in games.

In terms of clutch time stats (which are defined by situations in which the score difference is less than five with under five minutes to play), the Celtics don’t have anyone that ranks in the top 40 in assists. Schroder and Smart lead the team with 0.5 assists per clutch time situation.

Tatum is one of the league’s better clutch time scorers, ranking 13th in points per clutch time situation (3.3). But he’s shooting just 35.1 percent from the field and 10.5 percent from 3-point territory. He’s also averaging more than twice the amount of turnovers (0.5) to assists (0.2) in clutch time.

Whether the answer is on the outside or from within, Cousy is correct that the Celtics’ fourth-quarter play just isn’t cutting it. 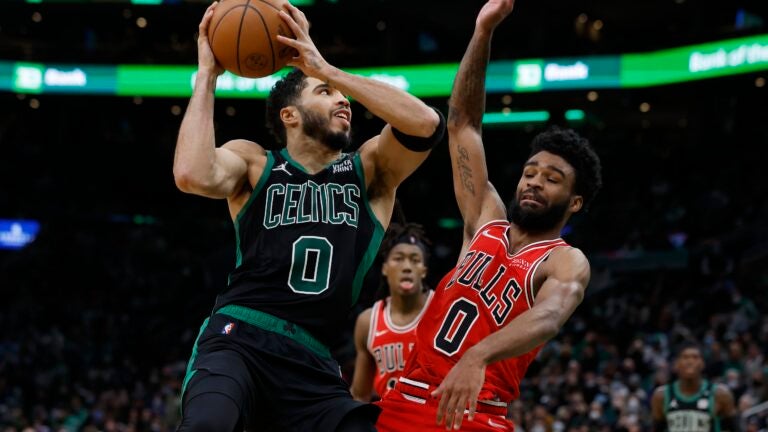