Celtics big Robert Williams needs surgery to repair the torn meniscus in his left knee, but how long will he be out?

That depends on which surgical option he chooses, as Dr. Jess Flynn — a Boston sports medicine doctor and frequent media analyst — outlined in a post on her website. In some cases, athletes are able to rehab and avoid surgery for the rest of a season, but that isn’t an option for Williams.

“He has some optimism that possibly he can come back and guys have to step up in the meantime,” Ime Udoka said on Monday. “We’ve done it all year and hopefully, he’ll be back sooner than later. We’ll see in the next few days, but that should give him some hope and optimism to heal up and rely on everybody else to kind of take his spot for now.”

So what would need to happen to get Williams back this season? Per Flynn, doctors could opt to do a partial meniscectomy on Williams — a procedure in which the surgeon cuts away the torn part of the meniscus. The recovery time for that procedure is about 3-6 weeks according to Flynn, which could have Williams back by the second round of the playoffs (assuming the Celtics win their first-round series).

Still, the partial meniscectomy isn’t a perfect option — the trimmed part of the meniscus won’t grow back, and it sets a player up for arthritis in his knee sooner. A full meniscus repair is better if possible, even though the recovery time can be six months or more.

“It is a personal decision that takes into account more than just the athlete’s knee, including things like sport, position, timing in the season, contract and career considerations, and sometimes other injuries,” Flynn wrote.

It’s possible the decision will be made for Williams — according to Flynn, some meniscus tears can’t be fully repaired and need to be trimmed anyway. Blood flow to the meniscus isn’t particularly conducive to healing, and sometimes the meniscus falls apart when the stitches come out.

If full repair is on the table, Williams will have a lot to consider. On the one hand, the Celtics have recently experienced how quickly a championship window can close, and this season feels like an opportunity to win a title. With Williams, they have the best starting lineup and the best defense in the league. Without him (and without Dennis Schröder, to account for new arrivals), they outscore opponents by 4.5 points per 100 possessions — a fine total, but not the world-beating numbers the Celtics posted over the last few months.

On the other hand, the Celtics have some depth at center with Al Horford, Daniel Theis, and Grant Williams. Moreover, Robert Williams signed a four-year extension prior to this season which won’t kick in until the summer, meaning he is under contract until the summer of 2026. The Celtics might prefer a full repair option — Williams looks like a potential star in his role, and missing him short-term might be preferable if it means he can be a long-term partner with Jayson Tatum and Jaylen Brown.

Ultimately, however, the decision belongs to Williams. Opportunities to win a title only come around every so often in a career, but it’s never too early for players to consider post-career quality of life. Williams and his agent will need to think about future earnings as well — his $48 million deal is life-changing money, but his play this season suggested even more could be on the way.

The Celtics made it clear they support whatever Williams chooses.

“We know Rob wouldn’t want us to hold our heads and we aren’t going to do that,” Marcus Smart said on Monday. “We still have other guys that have been waiting for their turn to step up if that’s the case. That’s just what it is. We had the advantage to be able to adjust and play without certain guys. It’s just one of those moments where we have to do it again.” 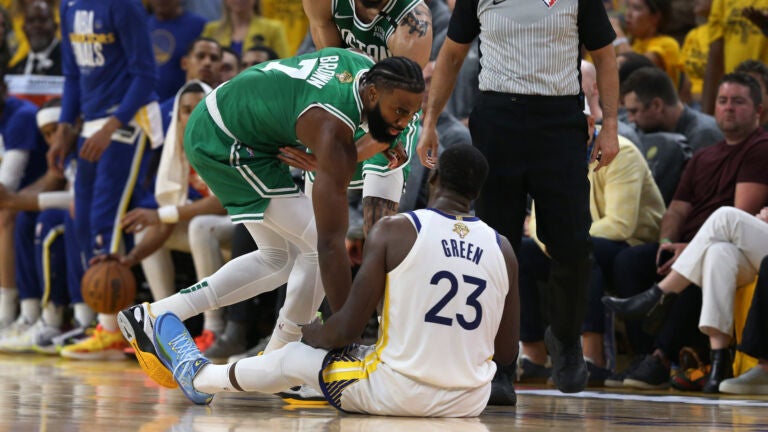