You won’t find someone more prepared for an all-out publicity blitz than Heather Walker.

“I’m used to doing radio now,” Walker admitted to Boston.com in a recent interview. “So many radio interviews. And I just took chemo too, and I get a little — you get chemo brain. It’s like a fog over your brain.

Walker, the Celtics’ VP of public relations and a long-time fixture with the franchise, knows how to lighten the mood when she talks about her diagnosis — Stage 4 glioblastoma, a form of brain cancer. Make no mistake, though: While Walker is upbeat and easy to talk to, she treats her situation with every due ounce of gravity.

“The sooner we can [find a cure], the more people we can help, but if we don’t get there for a long time, there will be a lot of people who have passed away, unfortunately,” she said.

“Because this is a very deadly disease.”

Last July, Walker started experiencing debilitating headaches. After two days, her mother drove her to the hospital. There, doctors found a mass on her brain, and the diagnosis was bad: Glioblastoma is a deadly and uncommon form of cancer with a nasty prognosis.

Doctors leapt into action immediately. After two days of surgery, Dr. Omar Arnaout at Brigham and Women’s Hospital managed to remove the tumor.

“And he even left me with hair,” Walker enthused. “I came out of the hospital and I was like, ‘Wait a minute, how did you do this?’”

That was the start of a brutally difficult fight, but Walker navigated her early obstacles. A few months later, in the middle of an interview with WCVB anchor Maria Stephanos last year, Walker learned she was approved for a clinical trial for a vaccine called Neovax designed to fight glioblastoma. Her doctor at the Dana-Farber Cancer Institute, David Reardon, was a senior author of a study examining the response of a “neoantigen vaccine” personalized to each patient.

“That’s what’s going to save my life,” an emotional Walker said in the interview.

A few months later, there’s good news: Neovax has worked well. Walker needs bi-weekly infusions of the medicine, which is designed to identify and fight the cancer if it returns.

“It hurts. There’s nine shots and it doesn’t feel good, and there’s an incredible process,” Walker said. “These doctors are absolutely amazing, what they’ve done with me and other patients going through this, it’s just incredible. So it just feels really good to be a part of it.”

Glioblastoma is underfunded and like many diseases, much of the research money relies on philanthropy.

“There was a study in Germany that was helping people with glioblastoma, and it went away because it was underfunded,” Walker said. “Why is that happening? That shouldn’t be happening. We are living people that need help and unfortunately, we’re not there yet.”

Still: “We’ll get there soon,” Walker added. “I have incredible people, I have so many friends, the Boston Celtics have been amazing, and we’re so fortunate to be in this position where we can be raising money and talking about it to people.”

Walker certainly does have a lot of impressive friends — an occupational perk of working for the Celtics since 2006. Right after her diagnosis, Marcus Smart — who has lost both his mother and brother to cancer as well — texted her a video.

“Hey Heather, it’s Marcus,” he began, in case there was any confusion. “Just wanted you to know we’re thinking about you, we love you, keep fighting. We’re here with you. We love you.”

Meanwhile, Walker was the team’s Hero Among Us during Kevin Garnett’s jersey retirement ceremony. When he saw her, Garnett enveloped her in a huge hug.

“And then of course I started crying. He was like ‘What are you crying for?’” Walker said, chuckling as she imitated Garnett’s well-known gruff cadence.

The Celtics as an organization have committed a lot of money to her cause. Walker has raised a staggering amount — more than $300k, with a major donation coming from the team that she believes will push the total closer to $500k.

Still, by Walker’s estimates, the clinical trials require between $3 million and $5 million. So while she is deeply grateful for all of the donations to date, she is clear-eyed about the need for more.

“We’re just not at that point yet where we can say, ‘Hey we can give this to everybody and it’s going to cure you,’” Walker said. “That’s Dr. Reardon’s job and Dana-Farber, and they are working really hard to cure this, but they need the funding, and they need the exposure in order to get there.”

Fortunately for Dr. Reardon, Dana-Farber, and anybody trying to combat glioblastoma, they have Heather Walker.

There’s an urgency to Walker’s fight that goes far beyond even her own diagnosis. After all, she has been part of the battle against cancer for a long time.

When Walker was 17, she lost her father to leukemia. Her mother is a breast cancer survivor. When she got her own diagnosis, she connected online with others who suffer from the disease.

“A lot of people are aware of a lot of other cancers, but they are not aware of glioblastoma,” she said. “And that’s an issue for people like us who have it and need people to be aware of it.”

After she was diagnosed, Walker worked with family and friends to start the #Move4Heather campaign. The gist is simple: Do something that moves you, then tag two friends on social media. The goal is to raise awareness and funds for glioblastoma research.

“It’s definitely going in the right direction, but we can’t stop until we get to the end,” Walker said.

Walker is prepared to keep going. For years, she has been involved in the Pan-Mass Challenge — a bicycle tour fundraiser that donates 100 percent of its rider-raised money directly to the Dana-Farber Cancer Institute in Boston. One year, she was part of a team that kayaked from Provincetown to Boston — an effort that helped raise $80,000 for cancer research.

This past weekend, Walker participated in the PMC Winter Cycle again with a close friend — cycling at Fenway Park on a stationary bike as part of the charitable stationary cycling event led by popular local stationary cycling instructors. She spoke to riders before the event.

“I’ve been the chosen one, unfortunately, for brain cancer — stage 4 glioblastoma.”

That’s a lot of weight to carry, but when you speak to Walker, you can’t help but feel she might be right. After all, she is uniquely good at publicity. She knows a lot of powerful people. She knows how to direct media attention toward a worthy cause that desperately needs media attention (to that end, you can donate to Heather’s cause here, if you have the means).

Maybe she is the chosen one. 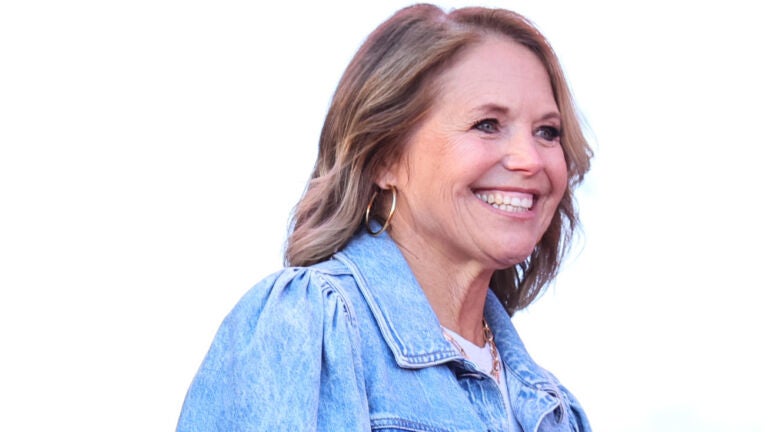