Marcus Smart and the Celtics need a big win on Monday, and Franchy Cordero wants to see it happen.

After hitting a walk-off grand slam against the Mariners, Cordero and the Red Sox were filmed by the team’s account leaving for their series against the White Sox in Celtics gear. Both Cordero and Trevor Story sported Smart’s No. 36 jersey, and Smart showed his appreciation on Twitter.

“Have yourself a day!” Smart tweeted at Cordero. “Watched that walkoff grand slam today live. Red Sox SWEEP. Thanks for the love!”

Meanwhile, Smart noted his connection to Story, who is from Irving, TX — near Smart’s hometown of Dallas.

Both Cordero and Story responded to Smart. “Let’s go get them tomorrow!” Cordero enthused, while Story wished Smart “Good luck the rest of the way!”

The Celtics play the Heat in an essential Game 4. Smart is listed as questionable after suffering a sprained ankle in Game 3.

“Obviously finished the game but he’s going to feel it a little bit more today,” Ime Udoka said. “Getting worked on, getting treatment, and see how he feels tomorrow.” 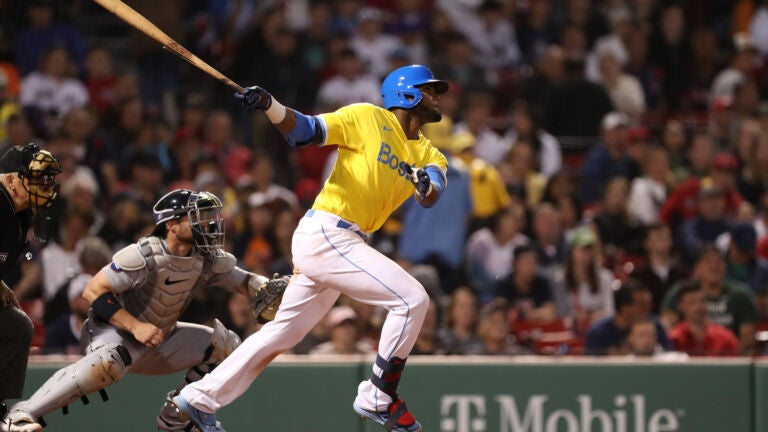