While the Celtics have already made a pair of notable splashes this offseason, they might have some more work to do.

Forward Grant Williams is eligible to sign an extension this offseason as he enters the final year of his four-year rookie deal. However, the Celtics only have until Oct. 17 to agree to an extension with Williams or he’ll become a free agent in the summer of 2023.

Both sides have discussed a deal, but an agreement seems nowhere near imminent, according to The Athletic’s Jared Weiss.

“Williams is eligible for an extension and held talks with the organization earlier in the offseason, but those have not resumed since July, per a league source,” Weiss wrote.

Williams played a pivotal role off the bench for Boston in its run to the NBA Finals, putting up career highs across the board in his third season. He scored 7.8 points per game and made 41.1 percent of his 3-pointers in the regular season. In the playoffs, Williams scored 8.6 points per game and made 39.3 of his 3-pointers while taking on some of the tougher defensive assignments for the Celtics, such as guarding Giannis Antentokounmpo in the second-round series against the Bucks.

The exact terms of what Williams and the Celtics have discussed haven’t been reported. Some analysts have pointed to the four-year, $48 million extension (which can go up to $54 million) Robert Williams signed with the Celtics in 2021 as a good basepoint for a Grant Williams extension.

Outside of Williams, the Celtics might have to add another veteran to the roster after it was announced Friday that forward Danilo Gallinari tore his ACL, ruling him out for the season. The veteran signed a two-year deal on the taxpayer’s mid-level exception in July and was expected to play a key role off the bench alongside Grant Williams. Carmelo Anthony has been speculated as a potential replacement for Gallinari.

Celtics star wing Jaylen Brown is also eligible to sign an extension in October. Boston can sign Brown to a deal for up to three years, $112 million. However, many NBA analysts predict Brown is unlikely to sign an extension because he could possibly sign a five-year deal worth $272 million when he becomes a free agent in 2024. 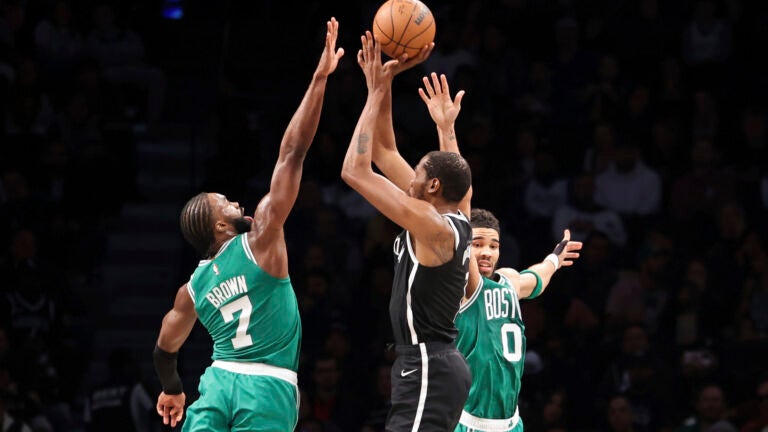