When the Celtics first drafted him with the No. 3 pick in 2016, fans booed because they wanted the team to acquire Jimmy Butler in a trade with the Bulls. Over the years, his name has cropped up alongside disgruntled stars like Damian Lillard, James Harden, Paul George and Kawhi Leonard.

The Celtics never saw fit to deal him, and Brown has rewarded their patience. Two years ago, he made his first All-Star team. Last year, he averaged 23.6 points, 6.1 rebounds and 3.5 assists per game while helping lead the team, along with Jayson Tatum, to the NBA Finals.

So Brown may not have been entirely surprised when his name surfaced in trade rumors for Kevin Durant this summer. Still, he didn’t seem to appreciate it.

The Celtics, once again, opted against dealing Brown, and Durant ultimately rescinded his trade request (perhaps because it became clear that no one planned to meet the Nets’ high asking price for him).

On Monday at Celtics Media Day, Brown was asked if he has spoken to the organization about his status with the team in the wake of this summer’s events.

“Yes and no,” Brown said. “I’ve talked to my teammates, I’ve talked to ownership, organization, etc. I keep those conversations between us. All I can say is that now that I’m here, I’m ready to play basketball. I’m in great shape, probably the best shape of my life, so I’m excited to start the journey. Things haven’t gotten to the start that we wanted it to go, but that’s life sometimes, so put our best foot forward and do what we’ve got to do.”

What was it like hearing his name in those discussions?

“I don’t know how to answer that,” Brown said (which has historically been his way of expressing displeasure with a question). “It’s been the same since I’ve been here, so it wasn’t surprising or it wasn’t not surprising, it didn’t make me feel some type of way or whatever. It is what it is.

“I talked to my teammates, organization about it and now I’m just ready to play basketball.” 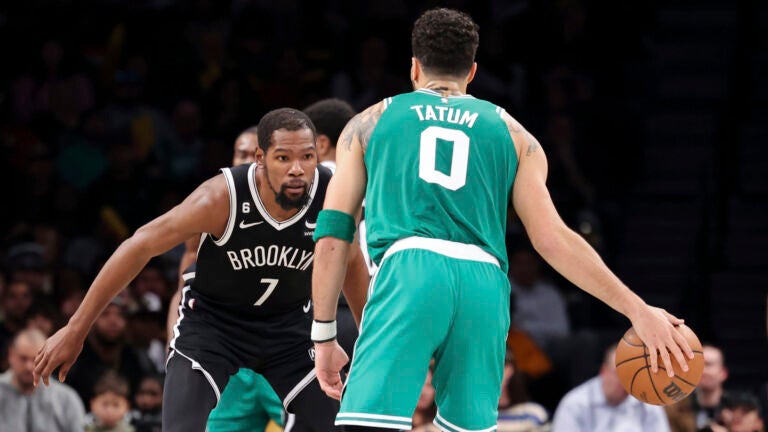