If you were wondering whether LeBron James has softened his stance on Boston since he caused a big stir earlier this summer, the answer is a resounding “no.”

James ruffled feathers over the summer when he said on his Uninterrupted show “The Shop” that fans in Boston are “racist as f—.”

“There was like a ‘F— LBJ’ T-shirt. I believe they probably sold it at the f—ing team shop. The Celtics had something to do with that s—.”

The Celtics, of course, did not officially license a “F— LeBron James” shirt.

On Tuesday, however, James fired at Boston again during Lakers Media Day. During an interview with Spectrum Sports, James described how new Lakers guard Patrick Beverley reminds him of Kendrick Perkins — a player you hate, unless he’s on your team.

James and the Celtics have had numerous battles over the years, both in the regular season and in the playoffs. The Big Three Celtics eliminated the Cavaliers in both 2008 and 2010, but James and the Heat finally broke through and beat the Celtics in 2011 and 2012. After a brief post-Big-Three hiatus, James — now back with the Cavaliers — eliminated the Celtics from the postseason in 2015 and in a dramatic seven-game battle in 2018 before he went west to join the Lakers, the Celtics’ bitter rival. Most Celtics fans despise James after so many battles over the years.

The feeling, it seems, is mutual. 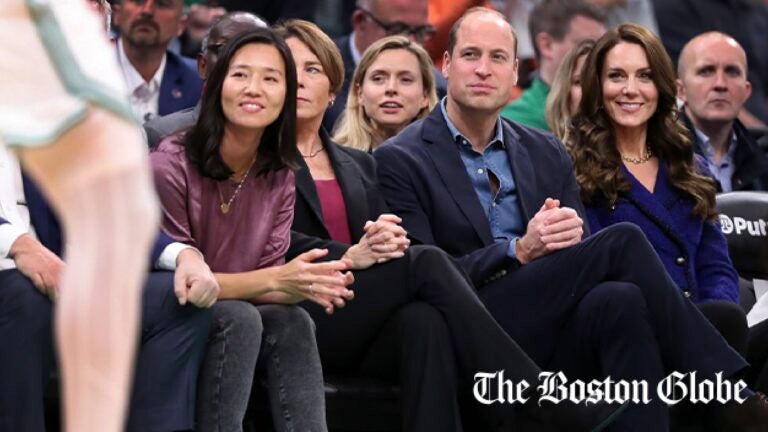