By the time the second half rolled around in Friday night’s game against the Cavaliers, the Celtics appeared to be well on their way to a comfortable victory against arguably one of the Eastern Conference’s top teams.

The Celtics scored 75 first-half points against a Cavaliers defense that was second in defensive rating entering the day to help give them a 13-point lead at the break. But Cleveland began to cut into Boston’s lead for much of the second half and the Celtics lost control toward the end of regulation before falling in overtime, 132-123.

One of the key plays of the game came with just over a minute left in regulation. Following what seemed to be a rare missed shot from Donovan Mitchell in the second half, Cavaliers guard Caris LeVert crashed the boards as several Celtics players watched. LeVert ran to the perimeter and made a step-back 3-pointer to give the Cavaliers a one-point lead, which was their first lead in the game since the first quarter.

Plays like that led interim coach Joe Mazzulla to deliver a stern message to his team on what they have to do in order to have similar or even greater success to last season.

“We have to learn how to win again,” Mazzulla told reporters following Friday’s game. “Each season, coming into it, you’re not guaranteed to win. So, it’s valuing the ball. And it’s knowing tendencies and boxing out and rebounding. Just the fundamentals. You just have to re-learn and constantly do them.”

After a high-powered offensive showing in the first half, the Celtics scored just 39 points in the second half, including a 15-point fourth quarter. Boston committed nine second-half turnovers and shot 5-for-17 (29.4 percent) from the field in the fourth quarter.

Mazzulla knew his team’s offensive performance in the final 24 minutes of regulation plus overtime wasn’t good enough to get the victory.

“I think in the second half we just lost our pace, we lost our speed, we lost our ability to create separation,” Mazzulla said. “I thought we were in good position to win the game. We just didn’t make the winning plays down the stretch. I don’t know if there’s as much of an issue as there is we have to make winning plays. We can’t take anything for granted. We had some empty possessions, we had turnovers and we had offensive rebounds given up. So, when you do those things, it puts you in a tough spot to win.”

Following a 3-0 start, the Celtics have lost their last two games. Their loss to the Bulls on Monday was also filled with self-inflected errors. Boston scored just 63 points in the final three quarters, following a 39-point first quarter. It also unraveled in the second half as it was called for four technical fouls, which led to Mazzulla and Grant Williams getting ejected. Williams was suspended for Friday’s game due to the contact he made with an official that earned him an ejection in Monday’s game.

The Celtics’ most veteran player, Al Horford, shared similar thoughts as their interim coach did on what the team has to do in order to flush the last two games away and not make them a trend.

“I said this last year, too. Every year, even though you have experienced guys, you have a good group, you have to learn how to figure things out and learn how to win games,” Horford said. “And right now I just feel like we gave them life and they took advantage.”

Celtics star Jayson Tatum’s performance might have been the most indicative as to why they lost on Friday. He scored 24 first-half points on an absurd 7-of-9 shooting (77.8 percent). However, Tatum was slowed down by the Cavaliers’ defense in the second half as they threw tougher assignments and doubles at him. He shot 3-of-8 from the field and didn’t take a free throw after shooting eight in the first half, giving him six second-half points.

One of those misses was the final shot in regulation. After Cavaliers center Jarrett Allen missed his second free throw to keep the game tied at 114-114 with 20 seconds left, Tatum got the ball and let the clock wind down before taking a 19-foot contested jumper that hit iron.

“Got to where I wanted to,” Tatum said. “I guess I just kind of pushed it. But I was happy where I got to. I got to that spot. I feel like I practice that, work on that shot a lot. More often than not, it goes in.”

The Celtics will look to move past Friday’s loss on Sunday, when they host the Wizards. They’ll actually get a chance to avenge their first two losses following Sunday’s game, too. They travel to Cleveland to take on the Cavaliers on Wednesday before hosting the Bulls two days later. 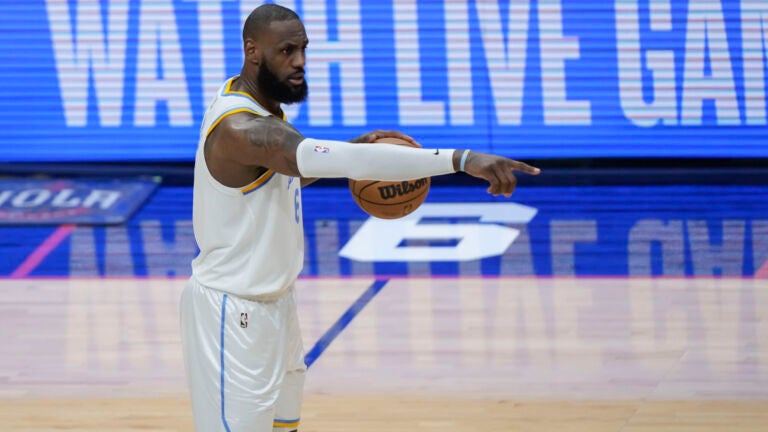