Celtics star Jaylen Brown found himself in a controversy earlier this week when he initially opted to stay with Kanye West’s Donda Sports, a marketing agency, following the rapper’s several controversial and antisemitic statements.

Brown said he “didn’t condone” West’s statements in an interview with the Boston Globe’s Gary Washburn, in which he told him he planned to stay with the agency because “it represented education, it represented activism, disruption, it represented single-parent households, and a lot more people are involved in something like that.” However, Brown reversed course a day later and he, along with Rams star defensive lineman Aaron Donald, left Donda Sports.

Brown explained more about his decision to leave Donda Sports roughly 24 hours after he said he would remain with them following Friday’s Celtics loss to the Cavaliers.

“What would have happened if I stayed?” Brown said. “I work hard to be able to have the platform that I have and use it to be a voice for the voiceless. So to potentially, maybe, have to sacrifice that platform, I don’t think that would be the right decision. So I had to do what we have to do.”

In the days following Brown’s departure from Donda Sports though, he’s been active on Twitter defending Donda Academy, a school founded by West that abruptly closed on Thursday. Brown said he enjoyed working with the kids at the school, which is an unaccredited private Christian school that serves students from pre-kindergarten through 12th grade in Simi Valley, California.

“Those kids, that’s the emphasis I’m on right now,” Brown said Friday. “These kids have nothing to do with what’s really going on. They don’t deserve to abruptly have their season end, or abruptly have their school year cut or diminished because of the actions of others. So I’ve been trying to lean in to get resources together to make sure that doesn’t happen.

“We live in a society where people see a headline and think they know everything about a situation. I spent a lot of time with Donda – teaching, building relationships with those kids, those parents.”

Brown continued to double down on his defense of the school, saying he’s going to find a way to support the kids who were affected by the situation because he values education.

“The only thing they are guilty of is trying to get a unique opportunity to get ahead in life. It’s a lot of great events, opportunities and resources that were designed into that curriculum,” Brown said. “For you guys, maybe it’s an association affiliated to Kanye West. But to me, it’s a school with kids, with parents, with teachers who have names and faces that I got to work with. So I look at that situation differently. I plan to use my platform to make sure those kids get what’s promised to them.

“Like yes, there’s a lot going on. But I think that’s where the line is drawn: education is key. I think I’ve been about education my entire career. You can check my track record. I’m going to continue to fight for those kids and kids who necessarily don’t have people fighting for them. In this case, there’s a lot of opportunities and resources for a lot of kids.

“There’s so much to unpack. I could talk up here about what’s being said and what’s not being said. I don’t want to keep you guys here all night, but like I said before, these kids have nothing to do with what’s going on. Everybody feels like they know everything about a situation and it’s this, or it’s that. I spent time there and met a lot of great families, teachers, and that’s what I see.

“So, I’m going to try and make sure that everything’s promised to them in the foreseeable future. And anyone who wants to align, just contact me.”

After Donda Academy’s basketball team was reportedly barred from entering several high-profile tournaments, Brown offered to help the team out.

“To any HS basketball coaches & event coordinators, These student athletes can’t be negatively impacted by this,” Brown tweeted. “I will sponsor any event existing or new, willing to host Donda Academy We all must ensure they complete their senior yr both academically & athletically. Contact me” 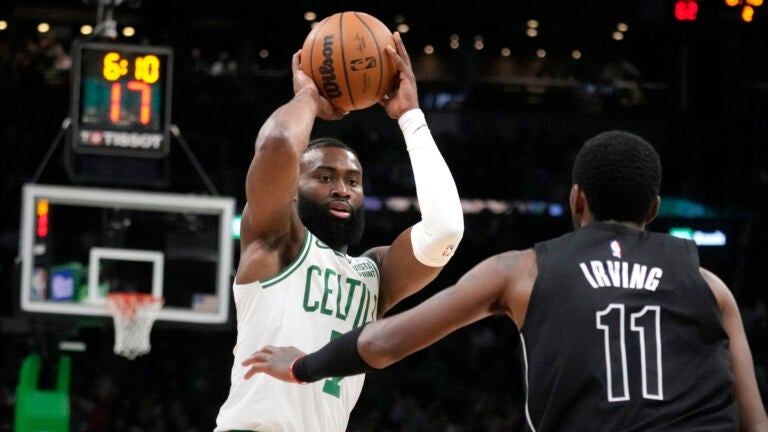