It wasn’t exactly how Celtics coach Joe Mazzulla drew it up, but it was close.

“Not to catch it that far out, but in that fashion,” Mazzulla said. “It was a catch-and-shoot shot. They had a foul to give, it was five seconds left so we didn’t know if they were going to foul or not and so we tried to make it a catch-and-shoot. Got a little further out, but it was good execution.”

Brown joked after the game that he didn’t call “bank” as the shot bounced off the backboard and dropped through the net.

The Heat, who had four scorers post 20 points or more, ultimately prevailed with a 120-116 overtime victory at TD Garden. Brown scored a season-high 37 points.

“I’ve got to do more and kind of find ways to get guys going,’ Brown said. “I’ve got to do a little bit to find and get JT going and get those easy baskets. It helps the flow of our team. I could have passed up some shots tonight to get some guys some more baskets.”

Marcus Smart laughed and said “oh [expletive]” when asked for his reaction to the shot.

“Not going to lie, I was like, ‘Oh my God,”” Smart said. “It was the slowest moment in my life. And then it banks off the glass. And I’m still like, ‘Did a whistle blow? Like is that good?’ But it was a great shot.” 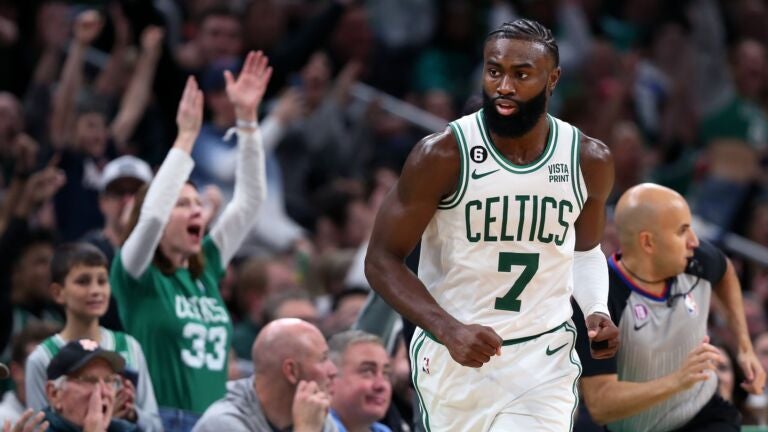