The Boston area just got a new big-name receiver. He’s not playing for the Patriots, though. (Well, not yet, anyway.)

Dino Tomlin, son of Pittsburgh Steelers head coach Mike Tomlin, is transferring to Boston College. The school announced Tomlin’s enrollment on Wednesday after the junior transferred from the University of Maryland, where he spent his first three (one as a redshirt) college seasons.

The former three-star prospect primarily played in a reserve and special teams role with the Terrapins before entering the NCAA Transfer Portal this month, catching three passes for 19 yards in two seasons of action. Before that, Tomlin, who played his high school ball at Shady Side Academy in Pittsburgh (where his father coaches), had been the No. 131 wide receiver in the 2019 class, according to 247 Sports’ Composite rankings.

He joins seven other midyear enrollees for the team, including a fellow transfer in defensive lineman Regen Terry. Tomlin is the only receiver of the bunch and may have a greater chance to contribute with the Eagles, who have seen receivers Jehlani Calloway, CJ Lewis and Kobay White all enter the transfer portal recently.

Tyler Calvaruso of 247 Sports also speculates Tomlin’s arrival could indicate interest from the Steelers in Phil Jurkovec as a future quarterback prospect with Ben Roethlisberger all but certain to retire, and with this season’s quarterback draft class not particularly strong. If Mike Tomlin likes what he sees and hears, the athletic, big-armed Jurkovec, who’s a Pennsylvania native himself, could be on the Steelers’ radar for 2023. 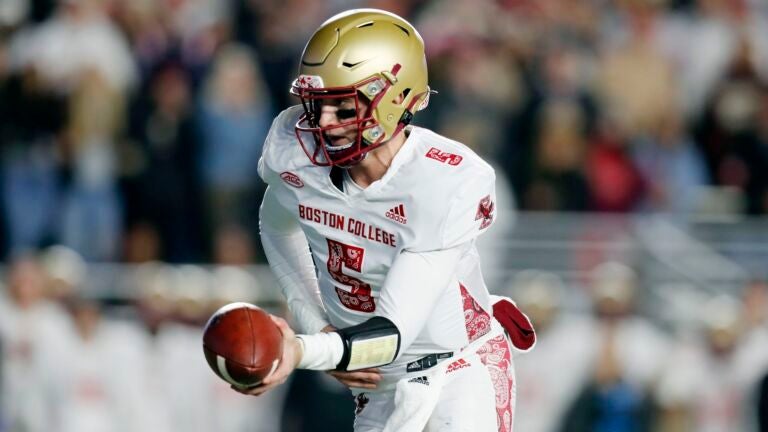 4 takeaways as BC football caps spring, looks ahead to season