The blue and yellow memorial pays tribute to those who were killed and injured in the 2013 Boston Marathon bombings. It will greet runners as they cross the intersection of Comm. Ave. and Charlesgate West under the Bowker Overpass, roughly a mile from the finish line. 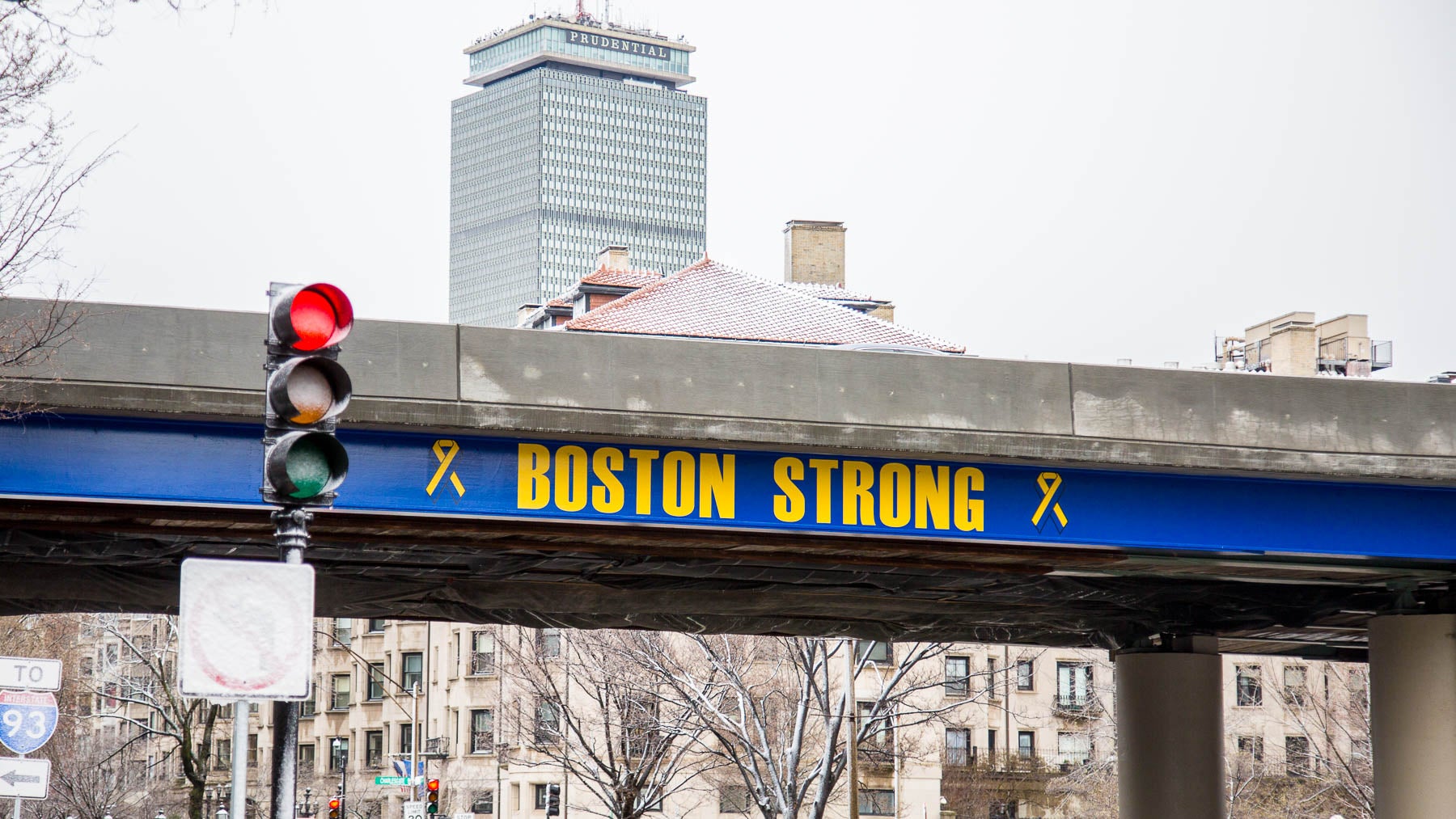 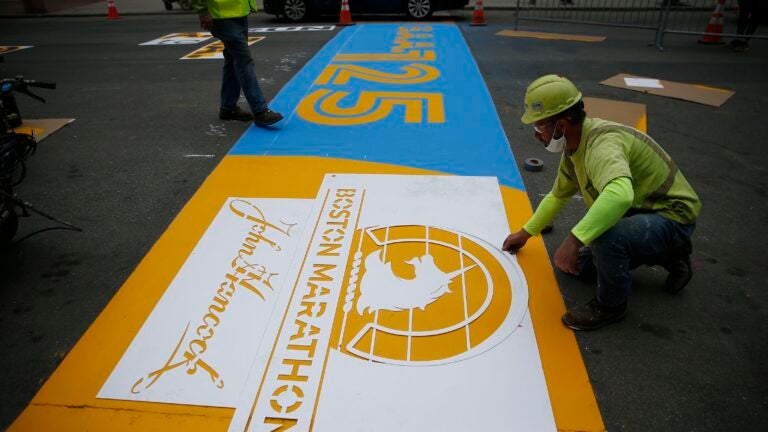