If you see Meb Keflezighi running along the Charles River this weekend and call out, don’t be offended if the 2014 Boston Marathon champion doesn’t respond—he probably just can’t hear you.

“When [I run] by myself, I just gotta have my music, and get it going,” said Keflezighi, who’s in town for Monday’s marathon.

“Sometimes I dance in the middle of a run,” he added, with a laugh.

So what’s on an Olympic marathoner’s playlist? On Friday, Keflezighi shared a handful of his favorite tracks. Maybe you’ve heard a few of them before.

“I’m not in tune with new songs, to be honest, because I’m old-fashioned,” he explained.

Keflezighi said he also listens to music from his native Eritrea, including songs about the country’s war times and guayla music, which is played at weddings. 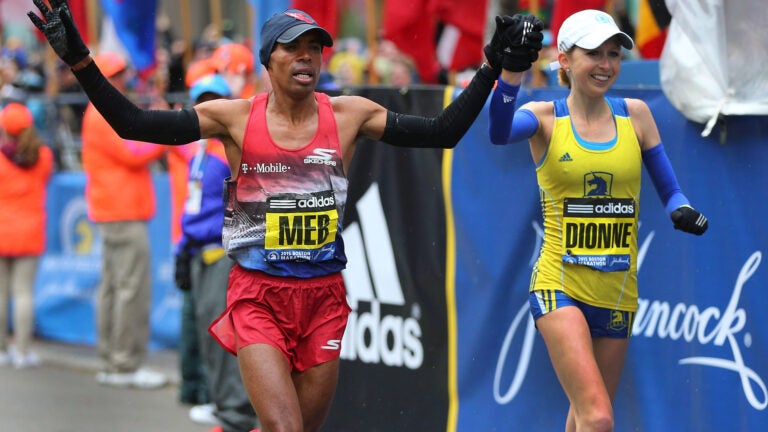 Meb Finishes First in Our Hearts With Adorable Hand-Holding