The Boston Marathon is a world famous race with a local twist. The 26.2 miles from Hopkinton to Boylston Street come with a dose of local traditions, like Heartbreak Hill and those famous jackets. Here are some local traditions to expect on Marathon Monday: 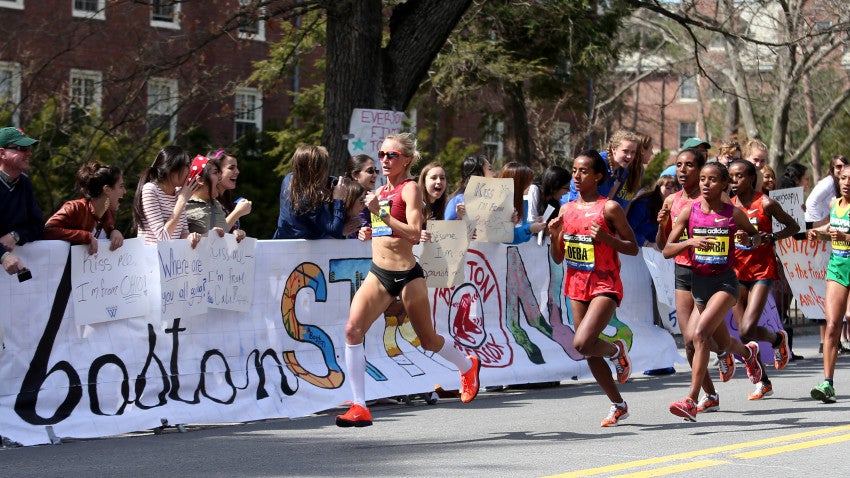 The Wellesley Scream Tunnel: Women from Wellesley College — located about halfway through the race’s 26.2 mile course — have cheered on marathon runners for decades. Students take requests to decorate personalized signs for runners and teams (“Pain now, beer later“) and offer kisses and high fives. According to Runners’ World magazine, The Scream Tunnel is loud enough for runners to hear it from a mile away. 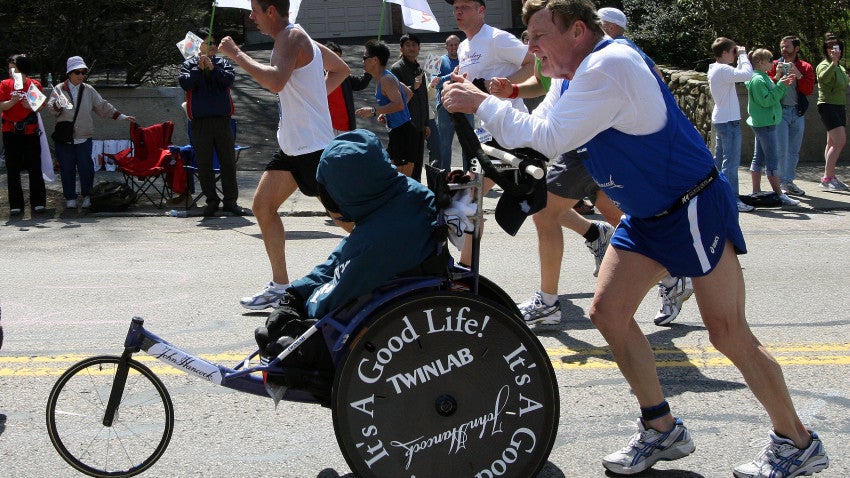 Dick Hoyt (right) and his son Rick Hoyt (left) made their way up Heartbreak Hill in 2008.

Team Hoyt: There’s a statue in Hopkinton of father and son team Rick and Dick Hoyt. Rick, who has cerebral palsy, competed in a wheelchair pushed by his father Dick. The pair completed the marathon more than two dozen times before retiring, finishing their final Boston Marathon together in 2014. Dick has retired, but the Hoyt Foundation continues to advocate for athletes with disabilities.

The morning Red Sox Game: Away from the Boylston Street finish line, Fenway Park hosts an annual Sox game on Patriots Day, their only morning game of the season. This year they’ll play the Toronto Blue Jays. Every year, the stadium shows a live feed of the race so Sox fans can cheer on runners making their way into the city.

Sam Adams 26.2 Brew: This annual limited release draft commemorates the day’s race (which is also the day the company’s founder released his first batch of Samuel Adams Boston Lager in 1985). The name comes from the marathon’s course from Hopkinton to Boylston Street, and is only available at race-related events and bars along the marathon route. 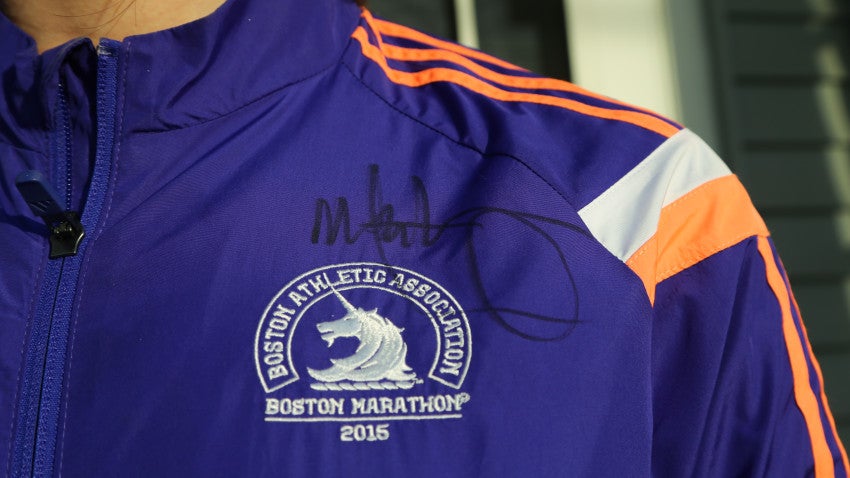 Those marathon jackets: Adidas designs the marathon’s official jacket, the day’s most famous swag. The brand started creating jackets for the race in 1991, and this year’s design is modeled after that inaugural look.

The B.A.A. pre-race dinner: Marathon runners can skip the North End for their carbo-load: Every year the Boston Athletic Association hosts an official pre-race dinner. The food — penne marinara, gluten-free Greek pasta, and more — is free for runners and $25 for family and friends.

Patriots’ Day: An official state holiday in Massachusetts and Maine, the day is observed to remember the opening battles of the American Revolution at Lexington and Concord. It also kicks off a week of vacation for Bay State kids. 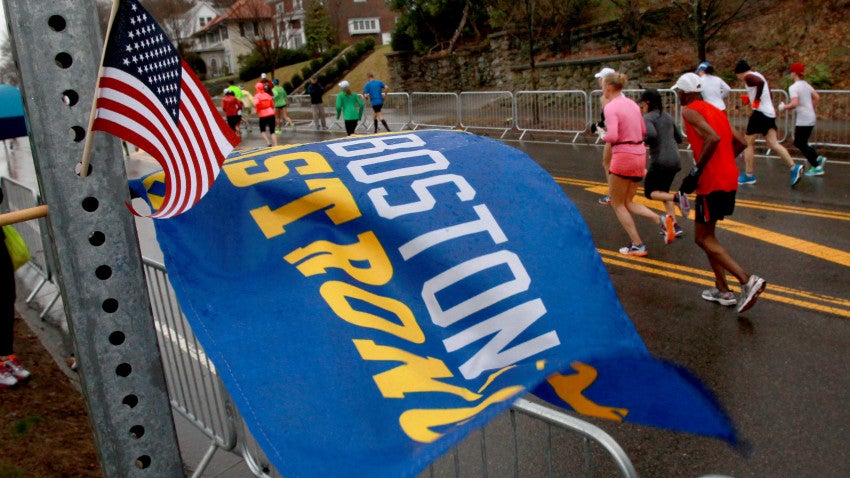 Heartbreak Hill: Just before they finish, runners have to endure a notorious jaunt over Heartbreak Hill. The incline isn’t that steep (it begins after the shops at Center Street and rises a half-mile to Hammond Street), but it comes after 20 1/2 miles of running, making the slope one of running’s mos infamous climbs.

“Right on Hereford, left on Boylston”: The phrase comes from the race’s final two turns. Several editions of the marathon have ended with lead runners in a sprint after making these last turns, including 1982’s incredible “Duel in the Sun.”

Midnight Marathon Bike Ride: The night before the runners slip on their sneakers for Monday, hundreds of cyclists ride their bikes through the finish line. Riders leave Hopkinton at midnight and usually cross the finish line around 2 a.m. 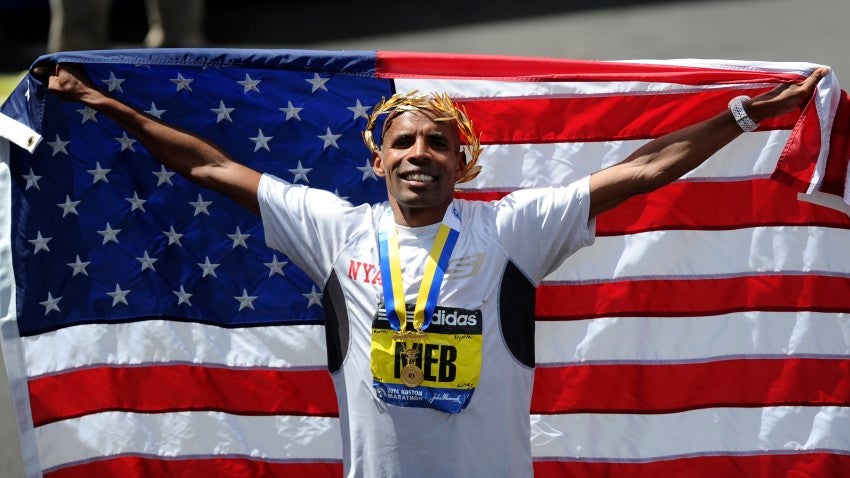 Winners’ Wreaths: Marathon winners are crowned with olive wreaths from Marathon, Greece, a tradition that began in 1984. The presentation commemorates the Greek roots of modern day marathons.