Just a few days before the race, Spaulding Rehab Hospital’s Boston Marathon team got a surprise from another Boston icon.

Dorchester native Mark Wahlberg stopped by and took photos with the team, alongside fellow Patriots’ Day cast member Michael Beach, who is originally from Roxbury.

Wahlberg and Beach have recently been filming their Boston Marathon movie in the area. The two actors gave the 150-person crowd words of support and explained their decision to get involved with Patriots’ Day, according to WBZ.

Wahlberg will star as a Boston police officer in the film, while Beach will portray Massachusetts Gov. Deval Patrick.

Huge thanks, @SpauldingRehab for wonderful @bostonmarathon event and to Mark Wahlberg & Michael Beach for joining! pic.twitter.com/OlSvrWN9Pa

As of Sunday, Spaulding’s “Run for Rehab” marathon team had raised more than $478,000 for the hospital. 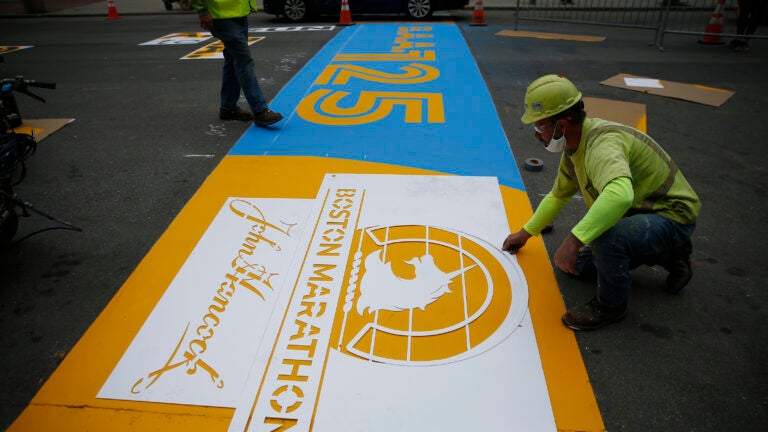