Linking hands with her team, Haslet paused a step before the Boylston Street finish line and then stepped across with her prosthetic, raising her arms in celebration.

“It’s just an awesome, awesome day and I wouldn’t have missed it for the world and I had a lot of people pulling for me as every runner does,” Haslet told The Boston Herald after completing the 26.2-mile course.

Haslet is one of 17 people who lost a limb in the 2013 Boston Marathon bombing. Patrick Downes, who lost his left leg, crossed the finish line earlier Monday and was greeted by his wife, Jessica Kensky, who lost both her legs.

While Haslet is a professional ballroom dancer (she performed on the finish line last year), she was never a runner. She started training using a new running blade last fall.

As Haslet got ready for the marathon this morning, she had “Limb for Life,” written on the top of her left leg. Her run raised money for the nonprofit, which helps to purchase prosthetic care for those who can’t afford it.

Just after 11 a.m., during her fourth hour into the race, Haslet was slowed down by a problem with her prosthetic.

Leg issue, on phone w pit crew, I feel great this is amazing but a long way to go till I reach them. Thanks for encouragement ?❤️

Still, she continued on and passed through the Wellesley scream tunnel just before 1 p.m.

At mile 15, Haslet took a break with her pit crew.

Haslet had plenty of supporters cheering her on, including Tom Brady, who posted a photo of the two of them to his Facebook page Monday thanking her for inspiring him. 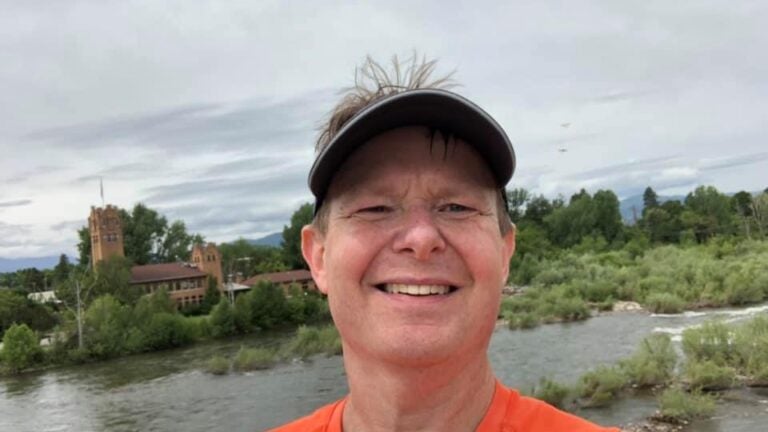