The finish line on Boylston Street has been reached. The tape has been broken.

The 2016 Boston Marathon brought a historic sweep for Ethiopia in the men’s and women’s races as well as a pair of repeat champions in the wheelchair divisions.

Women’s division: Atsede Baysa of Ethiopia won her first Boston Marathon in an unofficial time of 2:29:19. She overcame a 37-second deficit in the final five miles.

Women’s wheelchair division: Tatyana McFadden of the United States won her fourth straight Boston Marathon with an unofficial time of 1:42:16.

Men’s wheelchair division: Marcel Hug of Switzerland won his second straight Boston Marathon with an unofficial time of 1:24:1. He edged Ernst Van Dyk of South Africa and Kurt Fearnley of Australia in a dramatic finish. 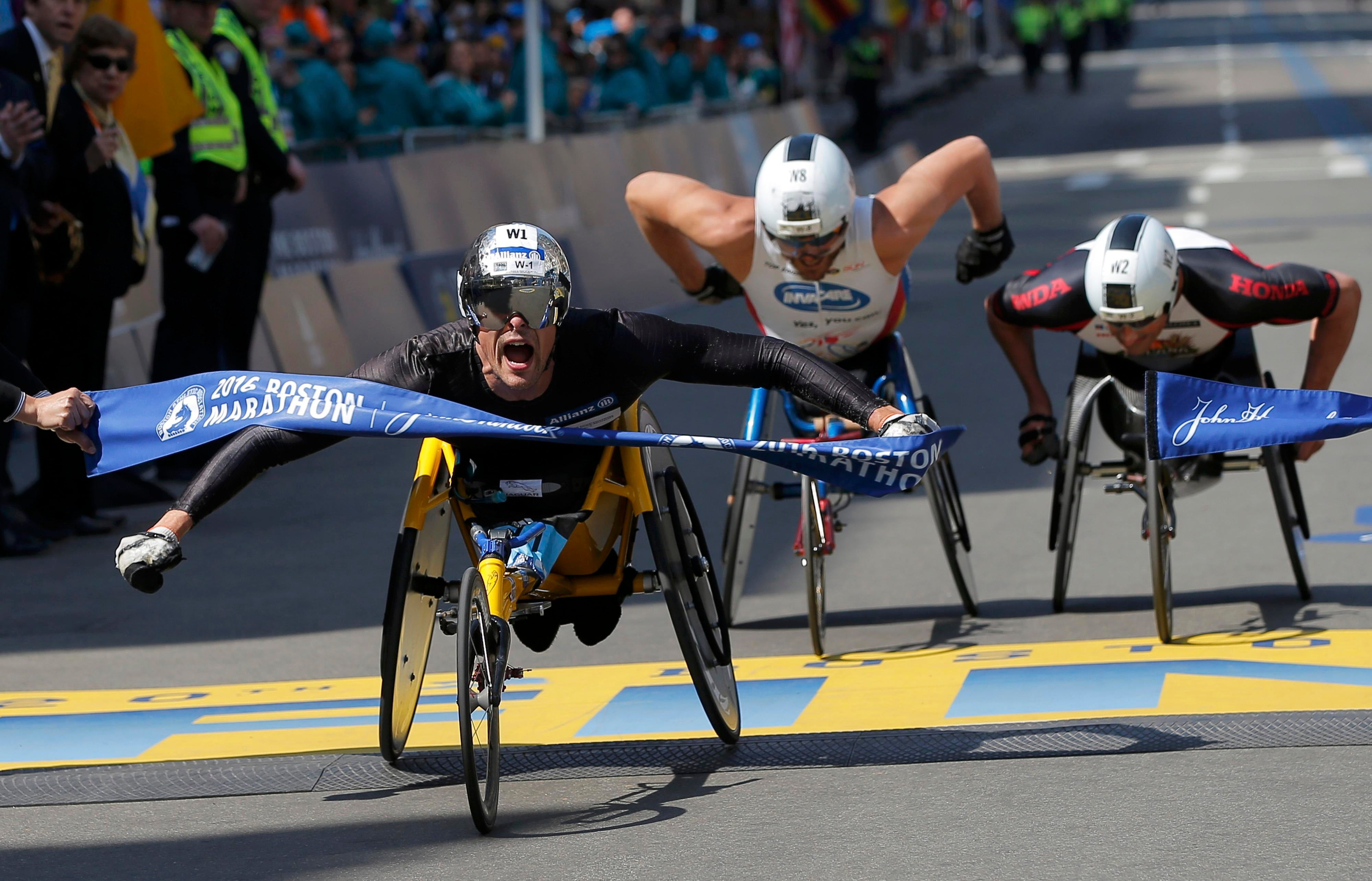 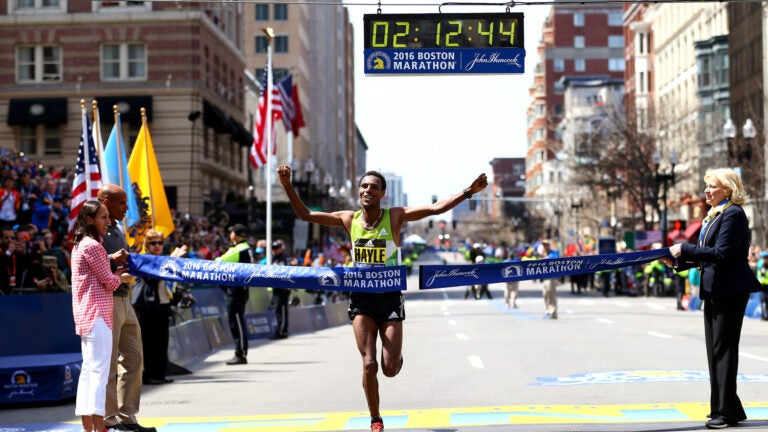 Live: The best moments from the 2016 Boston Marathon