It’s not just a marathon. For many distance runners, it is the marathon. It’s Boston.

Inspired by the men’s marathon at the 1896 Olympics in Athens, Boston first held its iconic footrace on April 19, 1897. In the 120 years since, through moments of triumph and tragedy, the Boston Marathon has come to symbolize the strength of its host city and the excellence of the elite running community.

“The Boston Marathon is special to runners because it’s the oldest annual marathon in the world,” said Shalane Flanagan, an Olympic medalist from Marblehead who has been a been a fan favorite contender in Boston in recent years. “The qualification process is challenging, making it elite, special, and a lifelong accomplishment for so many.”

Through the years, Boston has been the stage for running pioneers like Bobbi Gibb and Kathrine Switzer, who paved the way for so many female athletes. The Boston Athletic Association’s marquee event has featured races of unforgettable drama like 1982’s epic “Duel in the Sun” between Alberto Salazar and Dick Beardsley. It has also been the race that amateur runners the world over have aspired to qualify for.

“It’s the Olympics for them.”

In the aftermath of the bombings of 2013, the marathon has also come to represent collective strength and perseverance. Whether competing to win a particular race division or running to raise funds for a charity, participation in the Boston Marathon has become an act that transcends athletics for many runners.

“With a nod to the great college football announcer Keith Jackson, the Boston Marathon is ‘the granddaddy of ’em all.’ It is our sport’s oldest annual marathon and its most prestigious. It’s been the stage for epic duels, world records (unofficial ones, anyway), tragedy, resilience, and countless feats of regular-runner heroism,” said David Willey, the editor-in-chief of Runner’s World. “Most runners who have done a marathon see Boston as a brass ring. Somehow you’re more of a marathoner if you earn your way here. Still trying to BQ myself, and this race’s elusiveness adds to its luster. Boston doesn’t mean everything. But it means as much as any other one thing in a passionate marathoner’s life.” 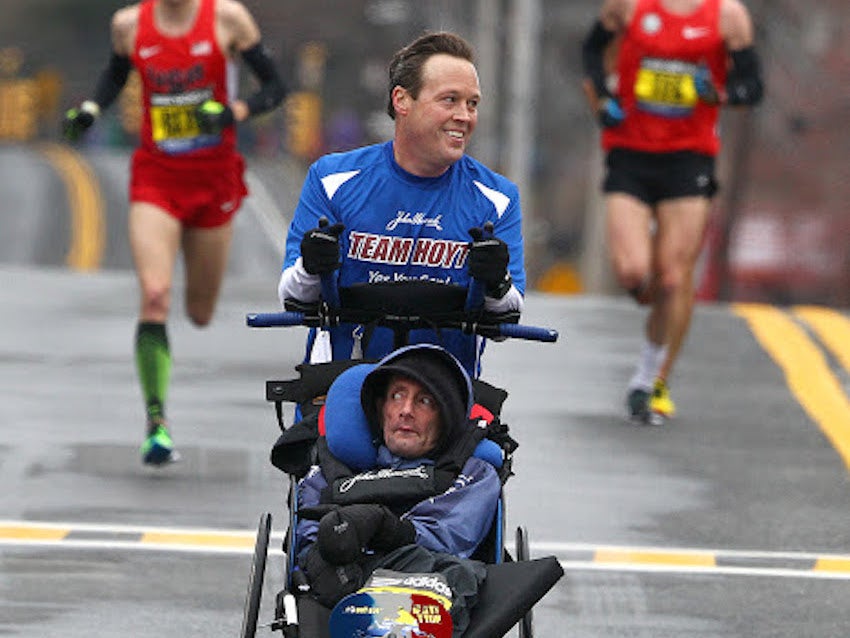 12 runners who will inspire you this Marathon Monday