President Barack Obama thanked Marathon bombing survivor Adrianne Haslet for being “Boston Strong” after she crossed the finish line of the race on Monday.

Thank you, Adrianne, for being Boston Strong. Terror and bombs can’t beat us. We carry on. We finish the race! https://t.co/55hmcsCHbJ

Haslet crossed the finish line just before 7:30 p.m., pausing just before she crossed it on her prosthetic.

“It’s just an awesome, awesome day and I wouldn’t have missed it for the world and I had a lot of people pulling for me as every runner does,” Haslet told The Boston Herald after completing the 26.2-mile course.

Tom Brady was among the many who posted messages of support for Haslet ahead of, and during her race. 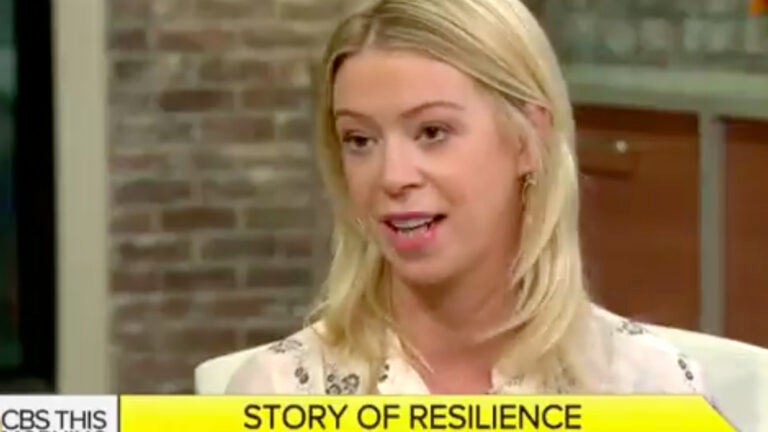