Many of the runners who finished the 120th Boston Marathon hobbled away from the finish line in a stupor, their legs trembling and their entire bodies shaking. They had just run 26.2 miles, after all.

But in between the tears and the gulps of water, these Boston marathoners shared their motivations and experiences: 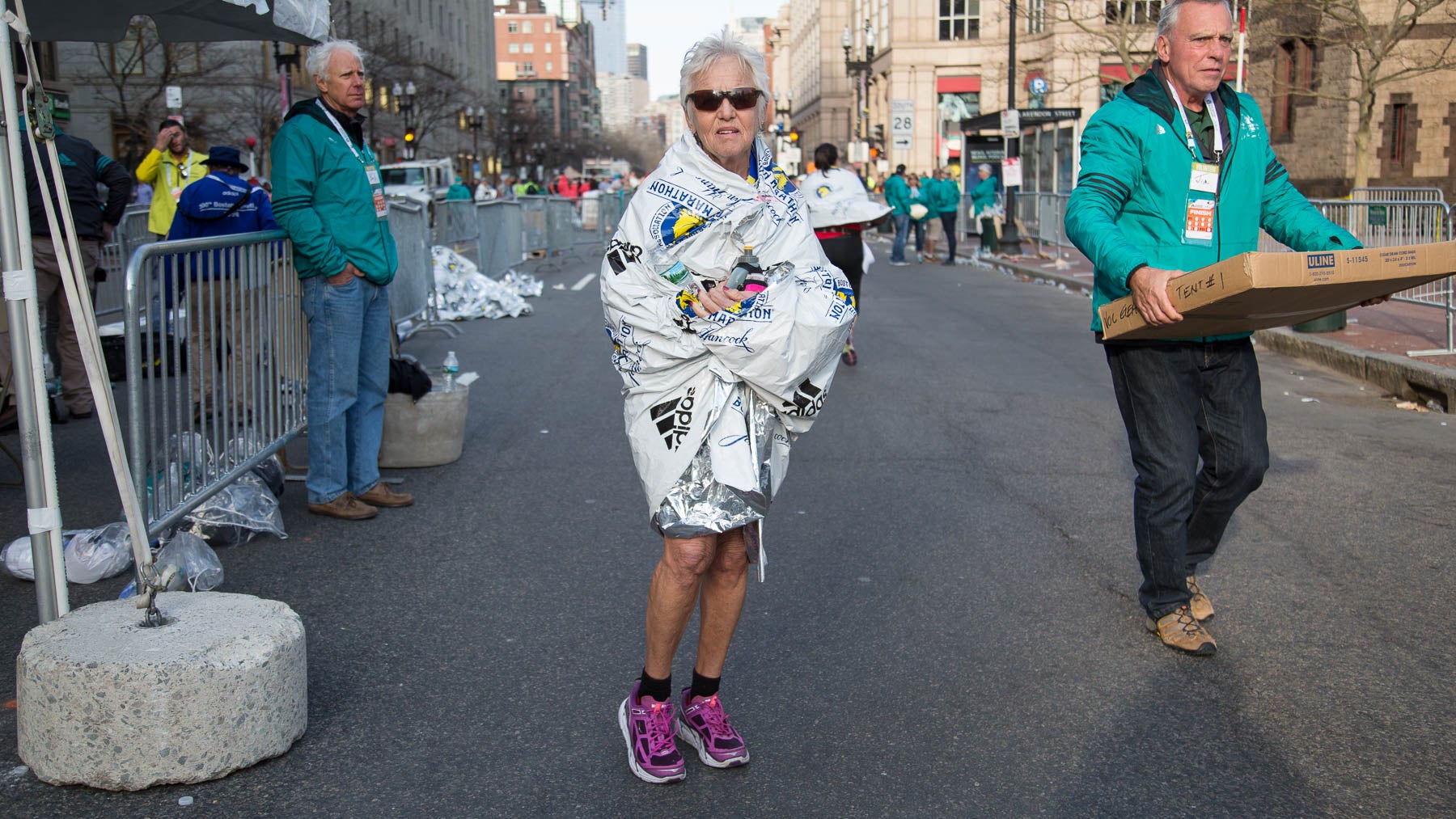 “I don’t look my best right now. This is my 20th marathon, but my eighth in Boston. I’m 72, so I’m just honored to be here. I’m honored to qualify and to not have any injuries. It’s harder now because I’m older, but you’re just doing the very best you can do.” 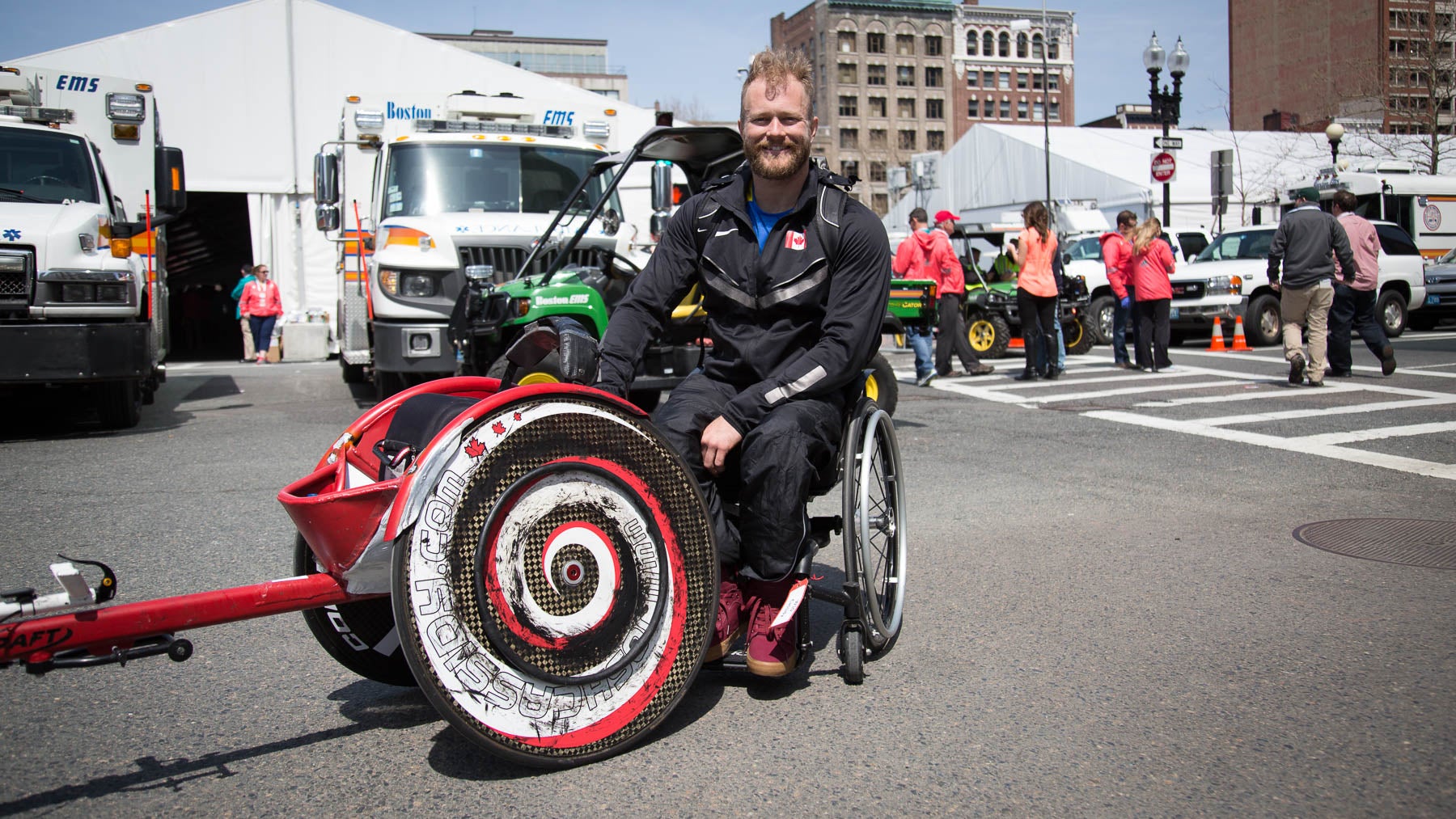 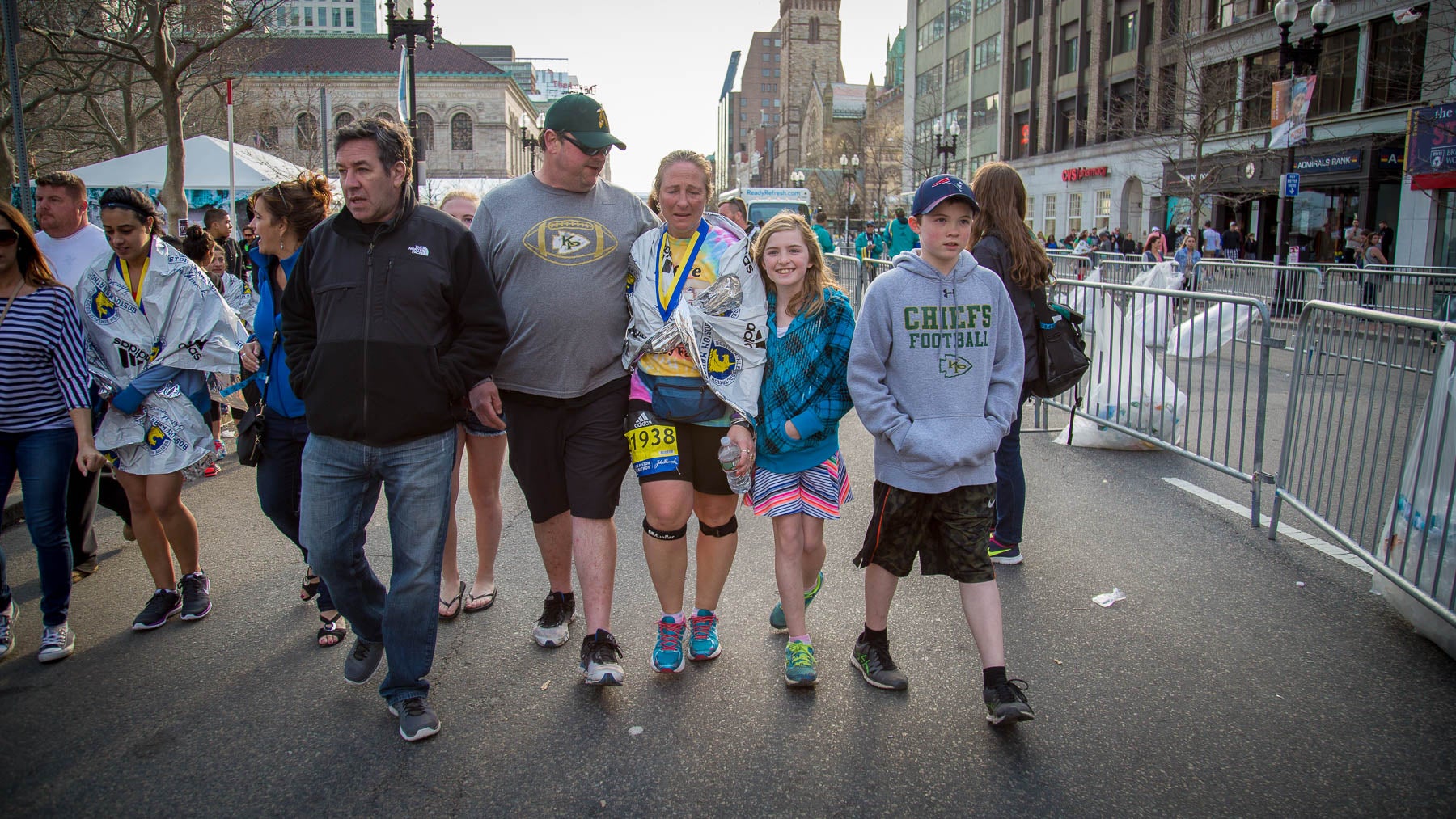 “This is my third time running, but the last time I ran the marathon was 20 years ago. I got a waiver March 8 to participate, and I said, ‘yes, I’m in,’ because it’s Boston and you never pass up Boston. But I wasn’t exactly training for it. I was apprehensive, but I’m just so glad I finished.” 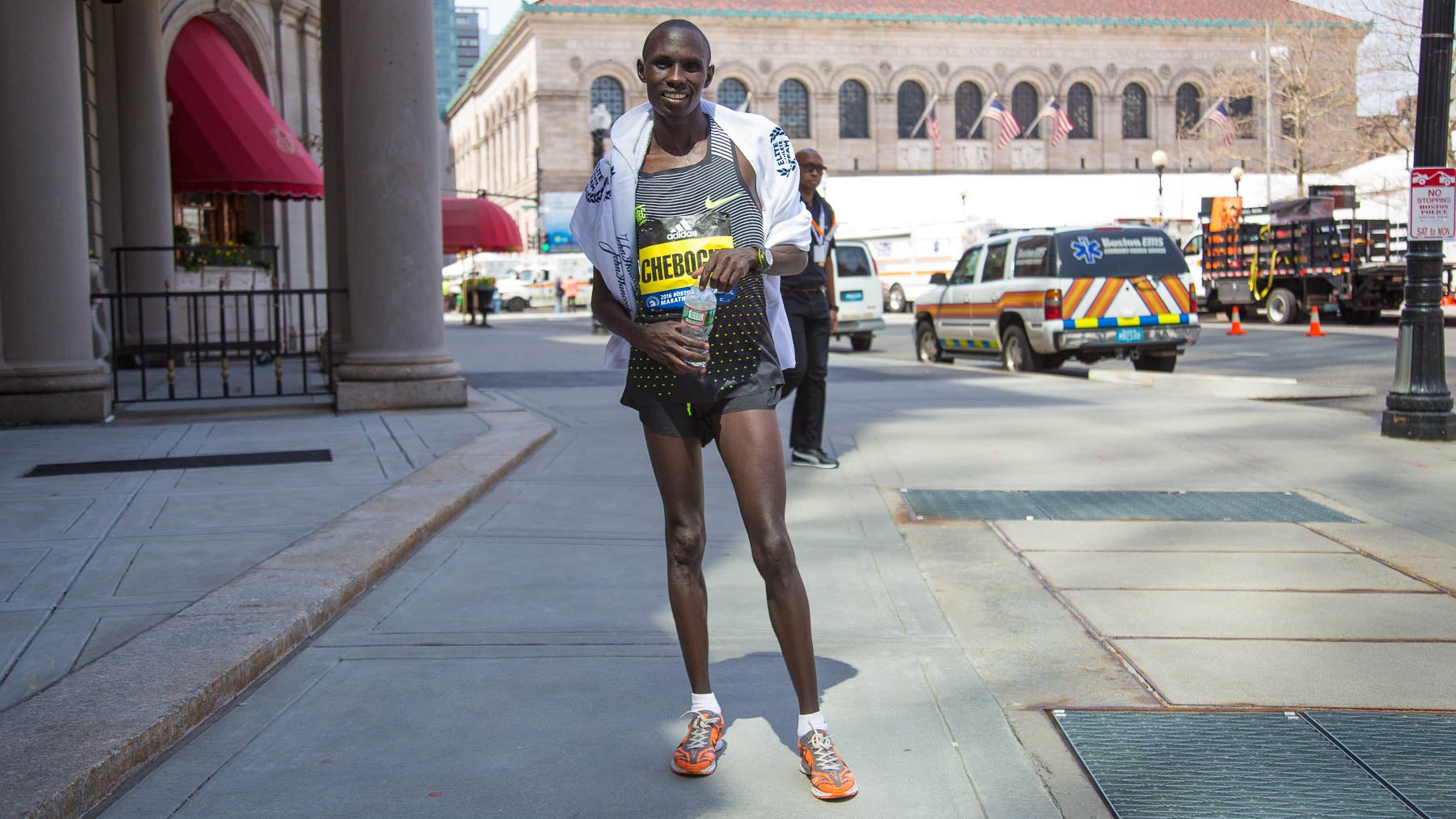 “It’s my first time in Boston. I’ve run 14 marathons, but I’ve never run a hard course like this — those hills.” 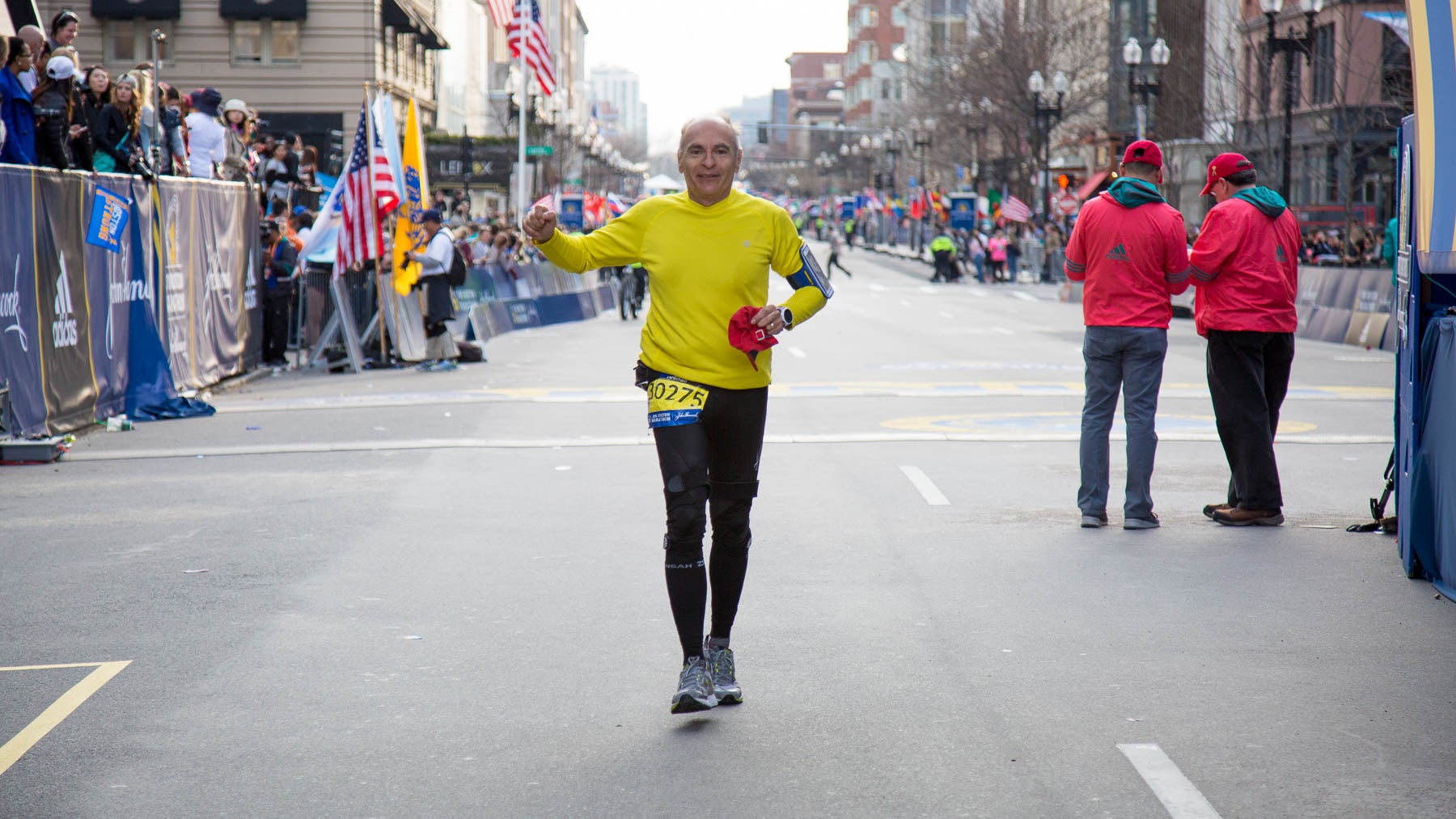 “This race was extremely hard. How did I get through the Newton Hills? By walking. This race is not for me, but I did it.” 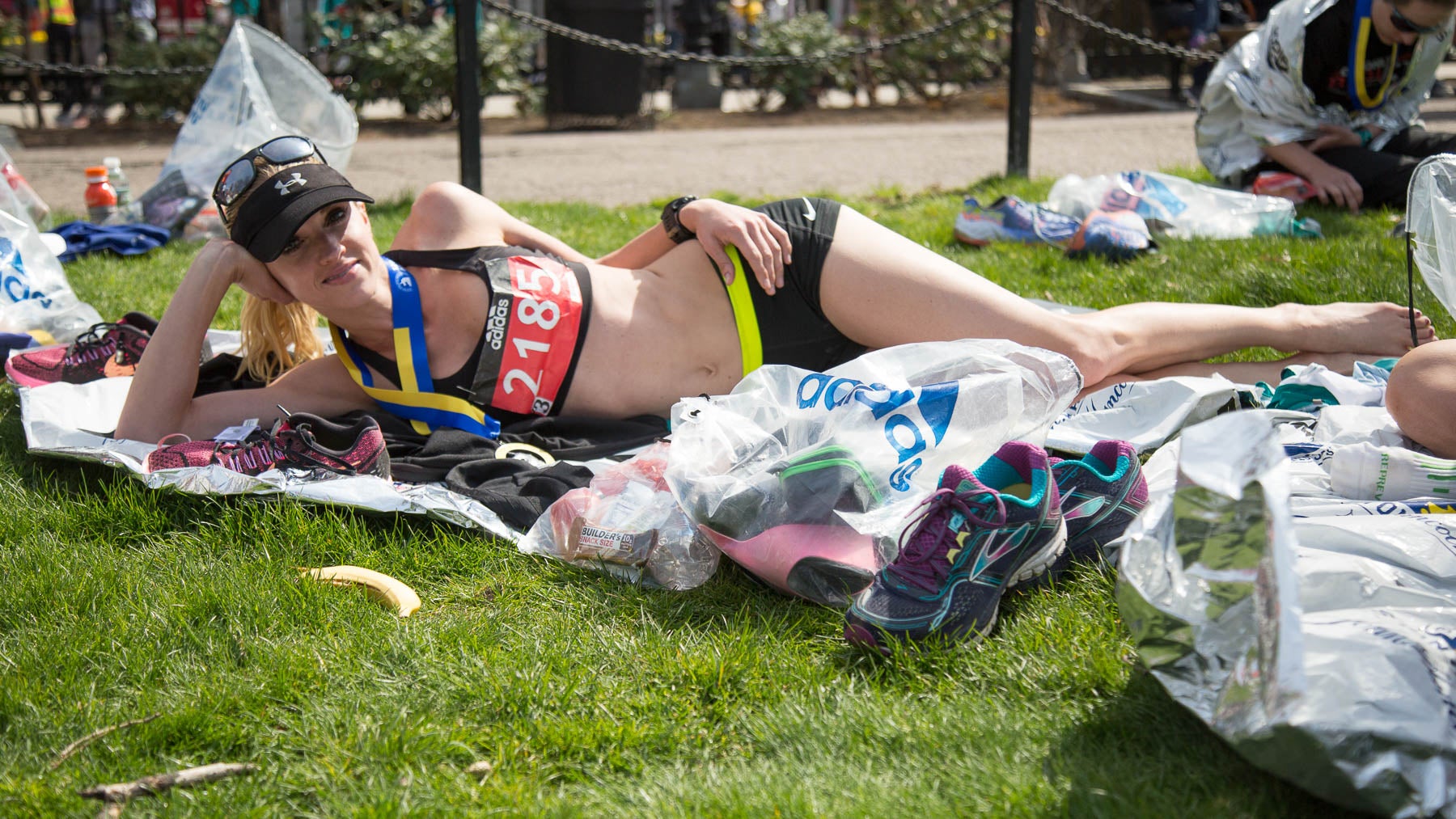 “I ran the Marathon last year and this year was basically the polar opposite. It was warm and sunny, and, this time, I could actually take in the cities. I absolutely loved Wellesley. I clapped every single one of those girls’ hands and blew them all kisses.” 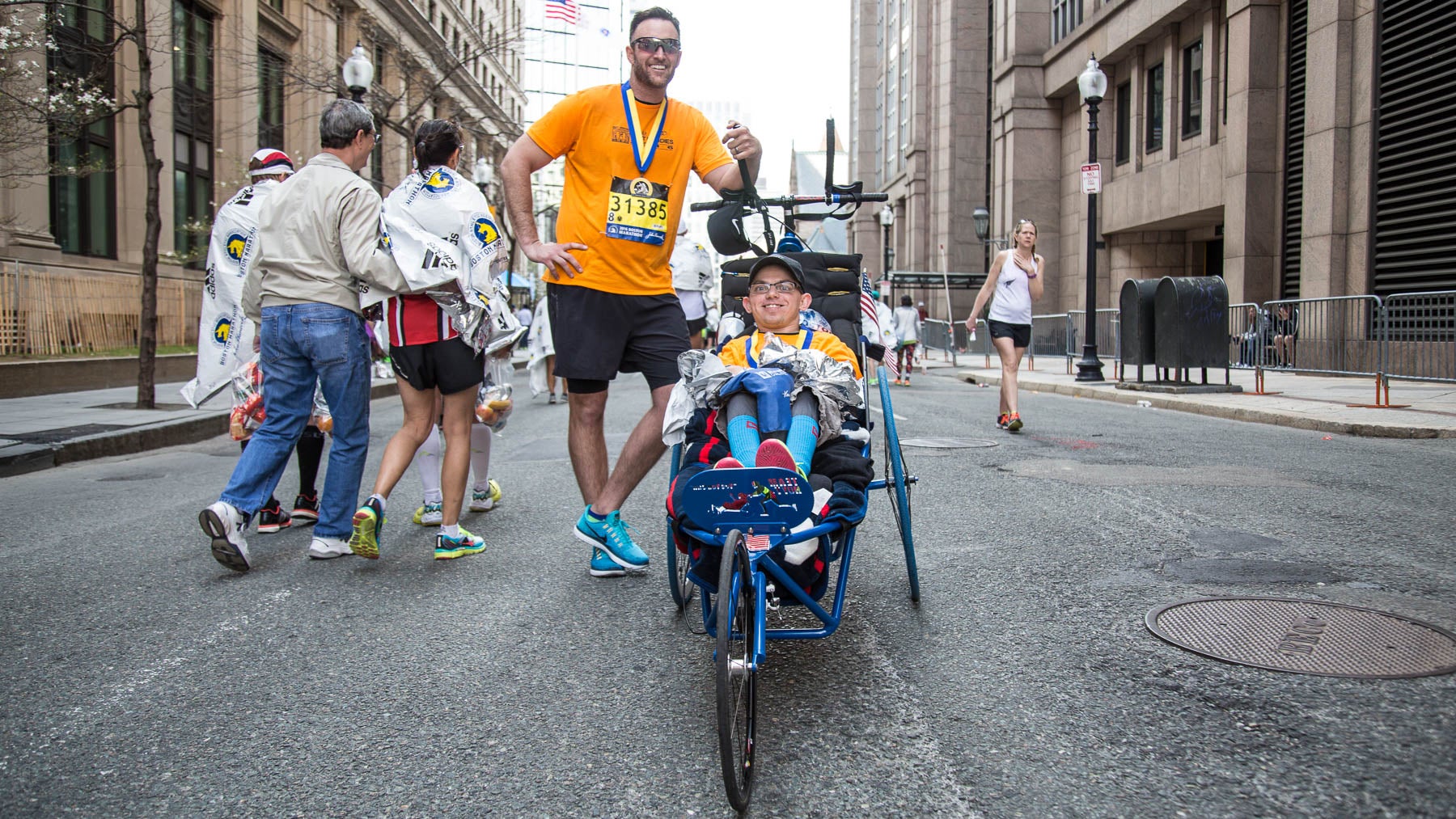 Welton: “We met each other through Best Buddies about 11 years ago. I’m the director of the program. This is our third year running together. He told me he wanted to run the marathon and I said I would figure it out.”

O’Brien: “I wanted to because it sounded cool. This year, it was magical.” 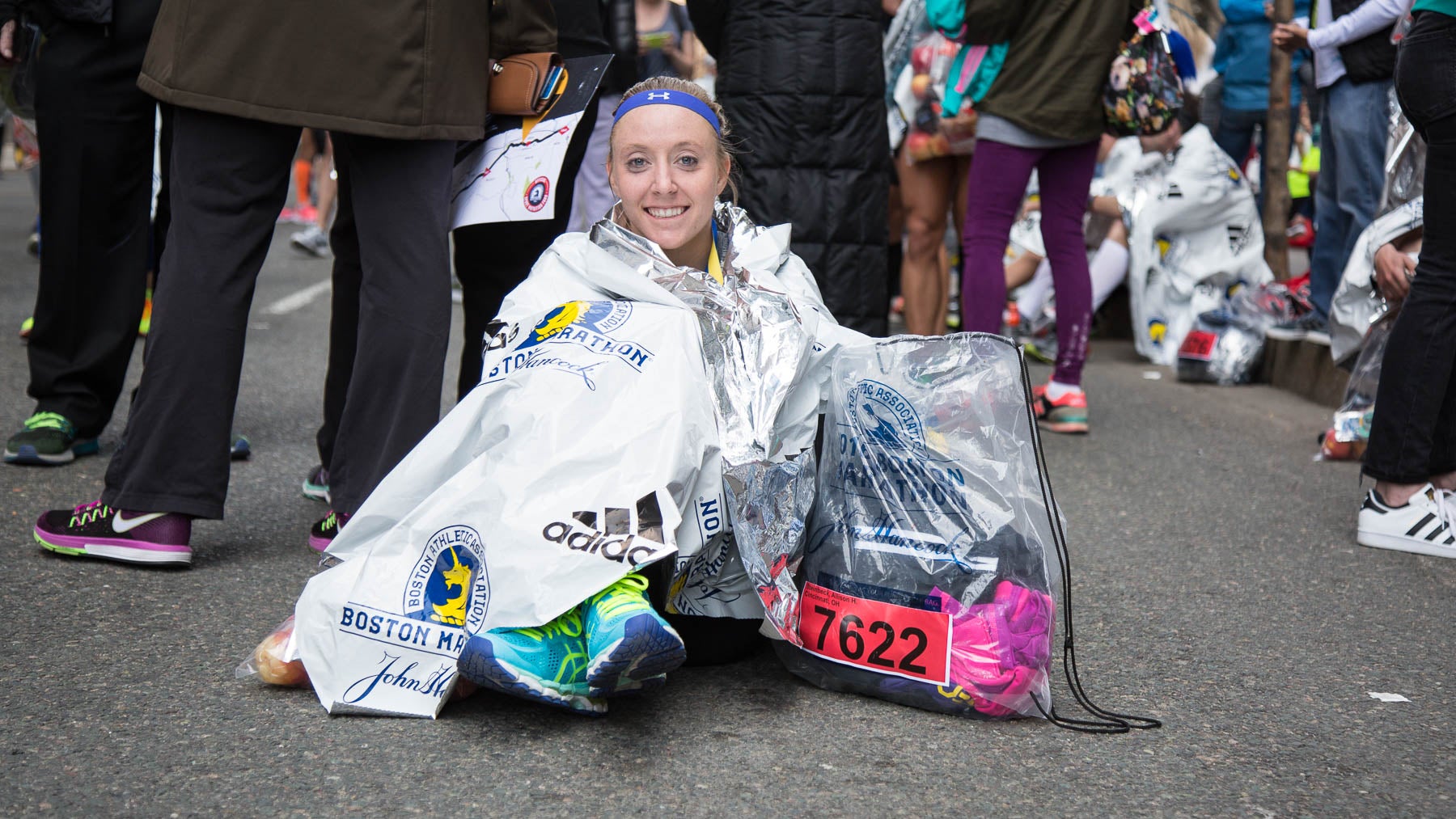 “I’ve loved running since I was a little girl, and I’ve always loved challenging my body. Yeah, I would say this was definitely a challenge. I just want to sleep.” 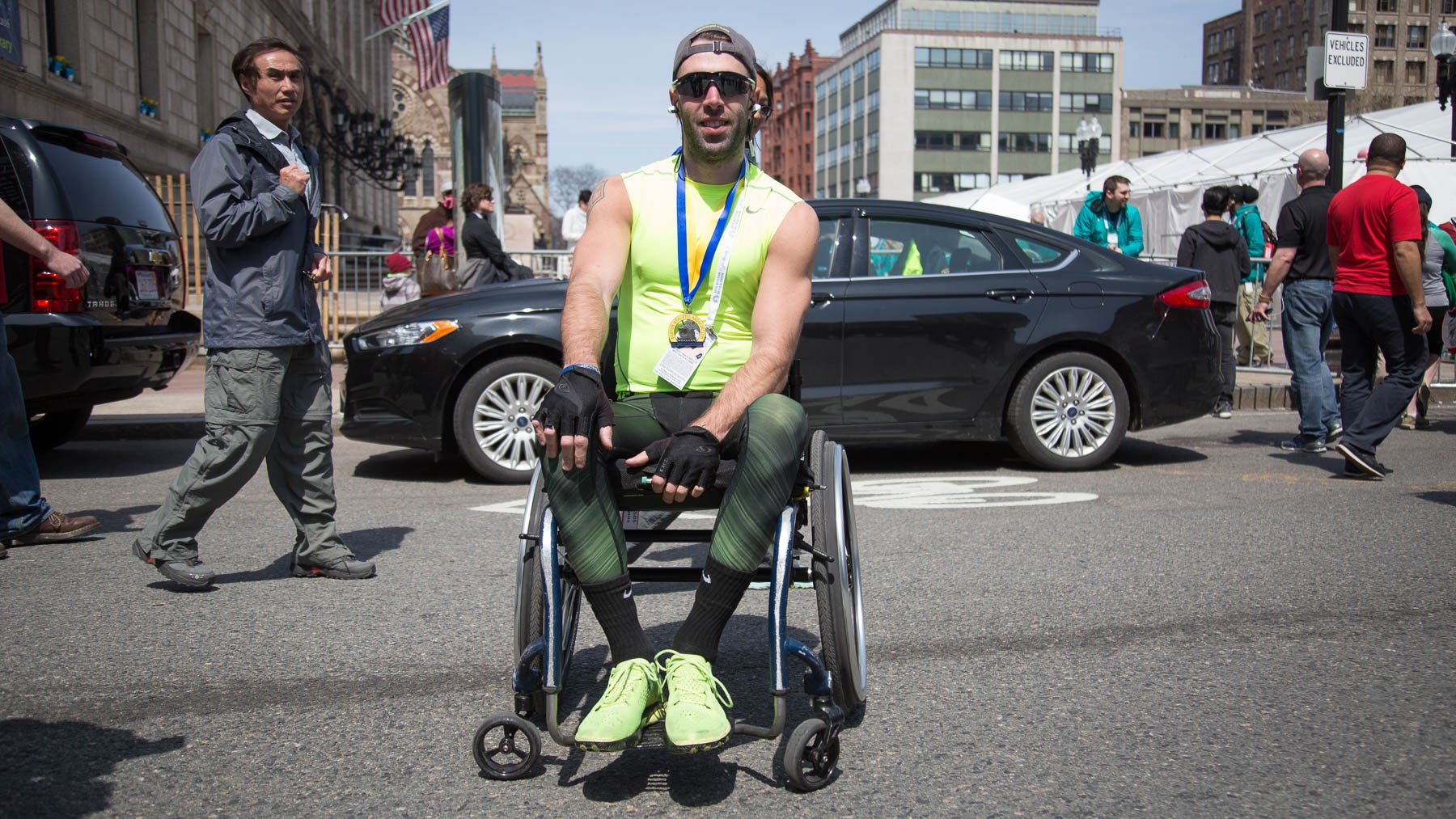 “This is my first Boston. I’ve done three other marathons, but this is the fourth, and it’s for charity. I did it for the Spinal Cord Injury Foundation because I suffered a spinal cord injury, so it was to raise awareness for them. It gave me an extra boost because I knew there would be people watching.” 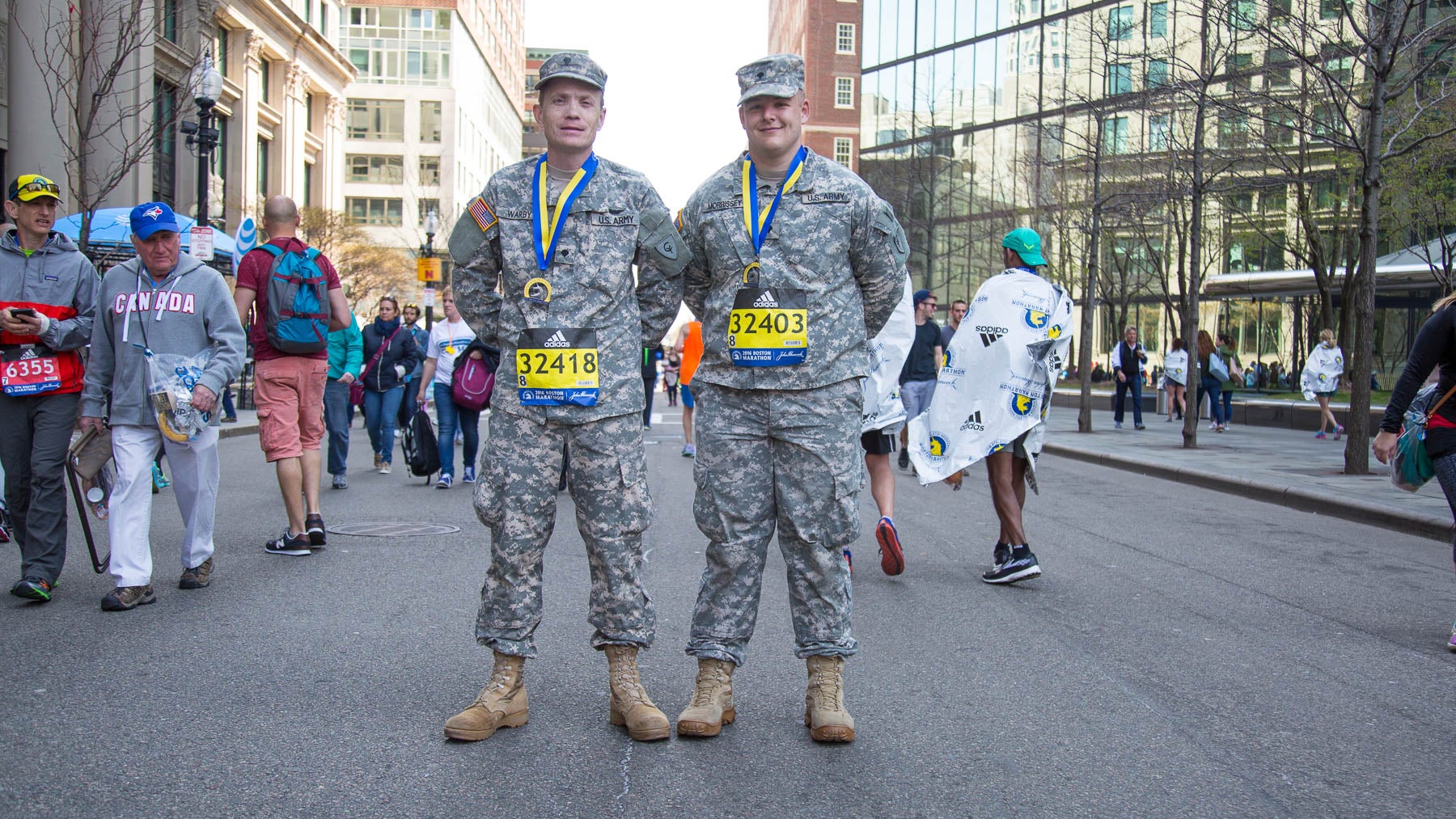 Warby: “I’ve run it twice and have marched other years. This year we marched.”

Morrissey: “I would say it was about five percent running. This was my first time and it was a really cool experience. We started at 6 a.m.”

Warby : “It was still dark and the roads weren’t closed yet, so we were marching on a narrow part of the road.”

Warby: “But if you ask our Sergeant, it was five.” 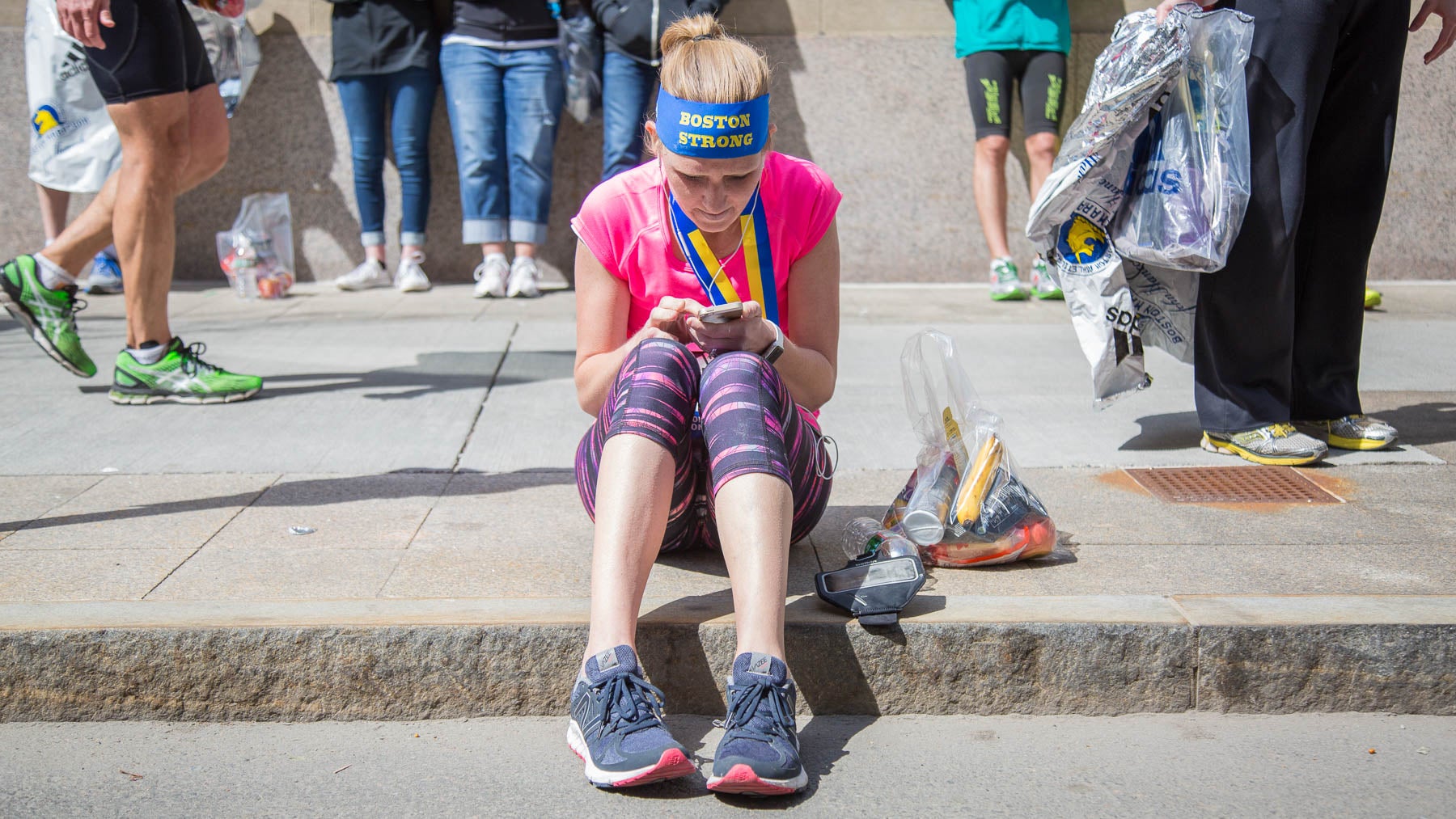 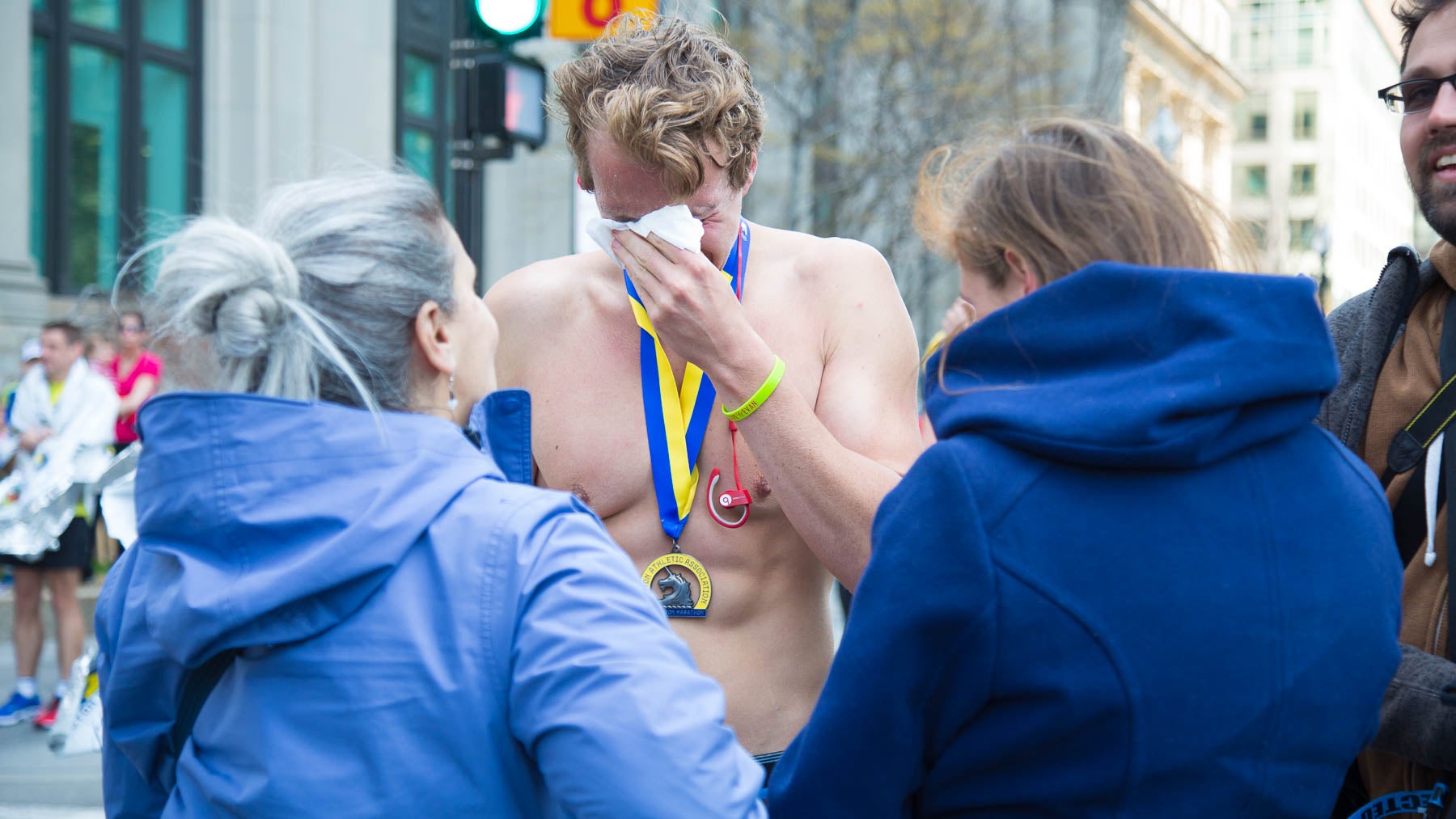 “This was my first Boston Marathon and it’s really emotional. I ran in memory of a friend of mine’s brother who died, Evan Girardi, who was from Hopkinton. We wore these shirts, too, which say Live 4 Evan.” 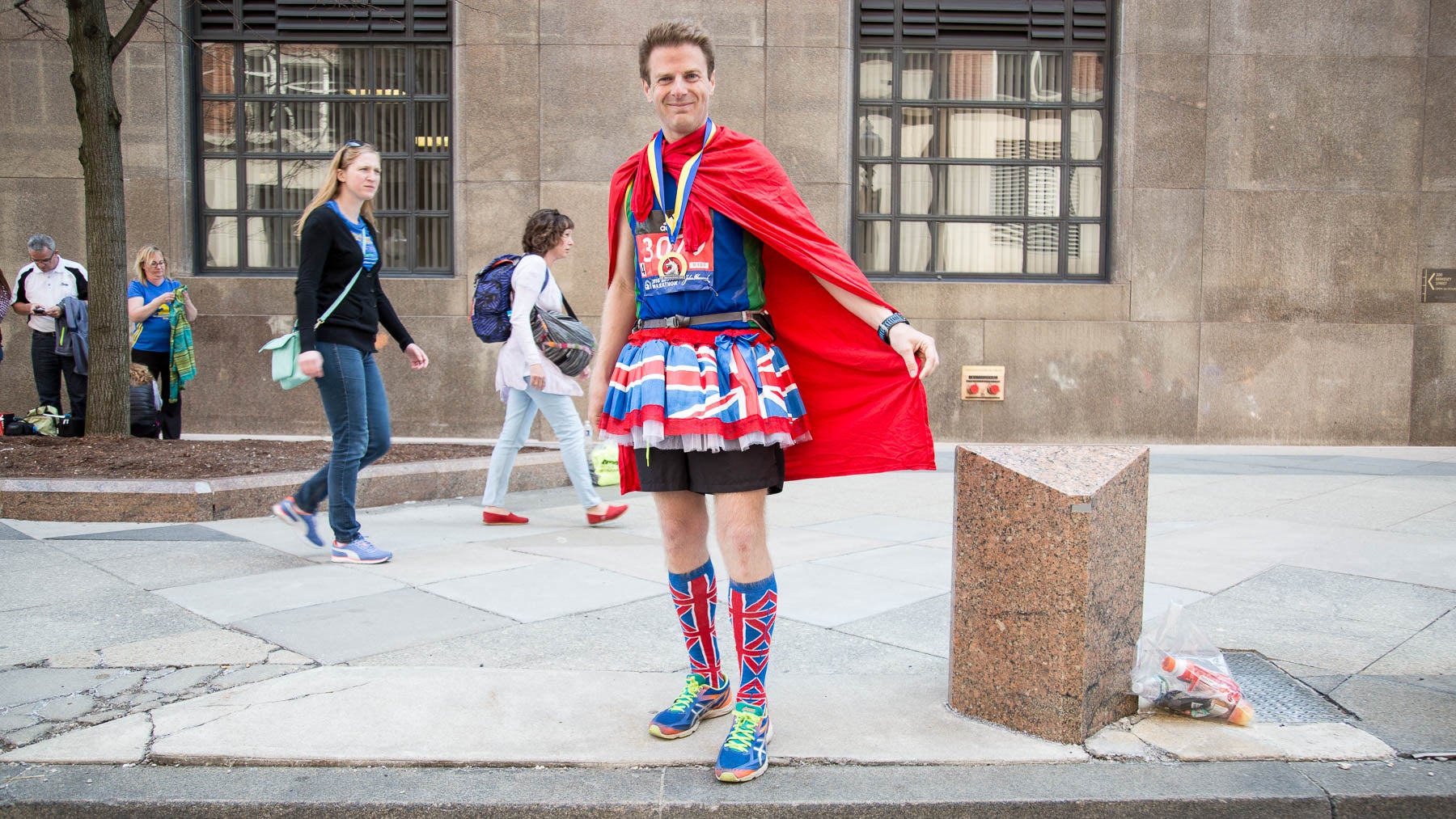 “My outfit? Well, it’s Patriots’ Day and I’m from the UK. I thought that after 200-plus years, people would be happy to see someone from the UK representing the country, and people seem amused by it.” 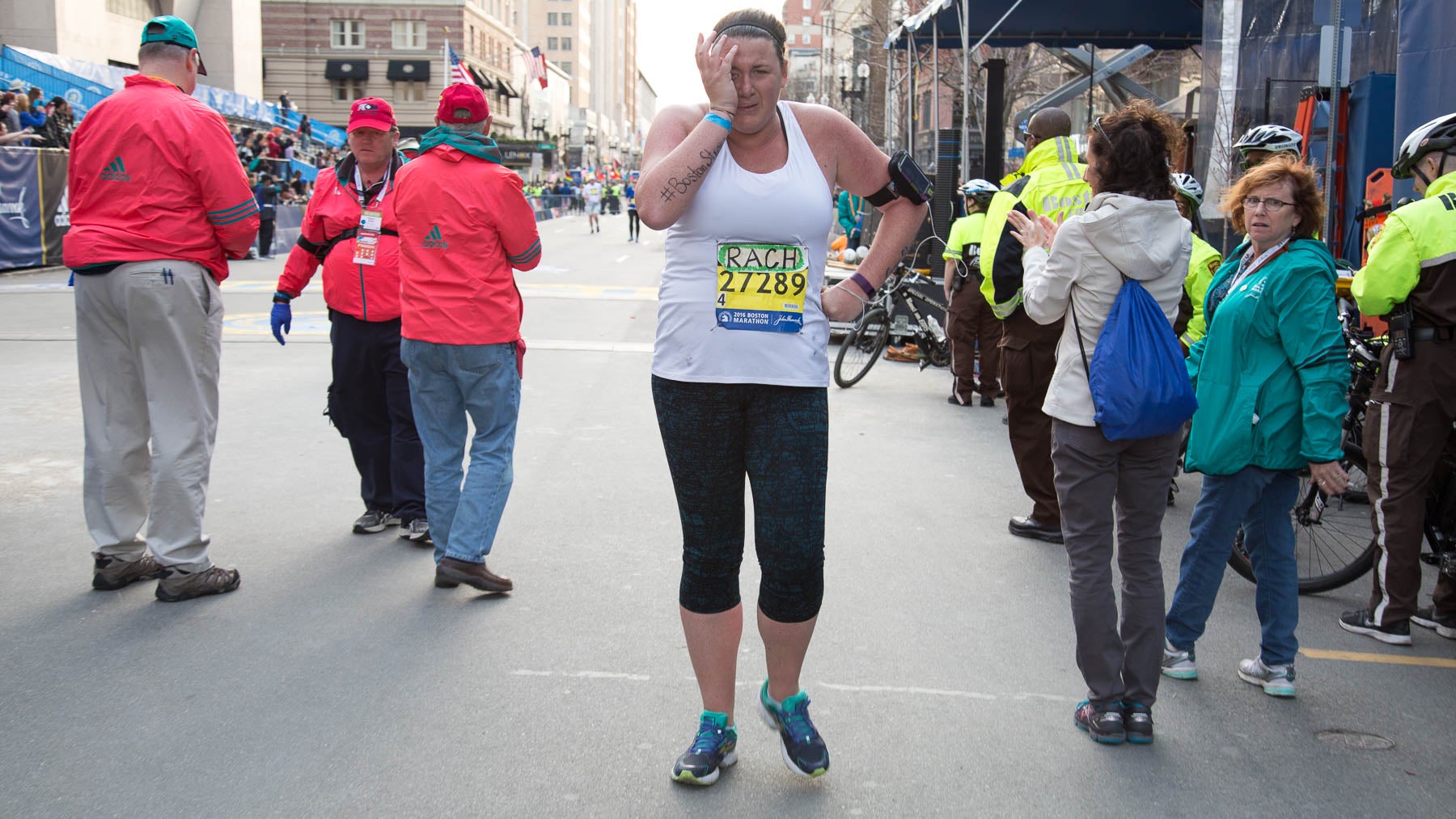 “Any other race I would’ve walked, but the crowd carries you in. It’s so completely surreal. There just aren’t words to describe how it feels to cross that finish line.” 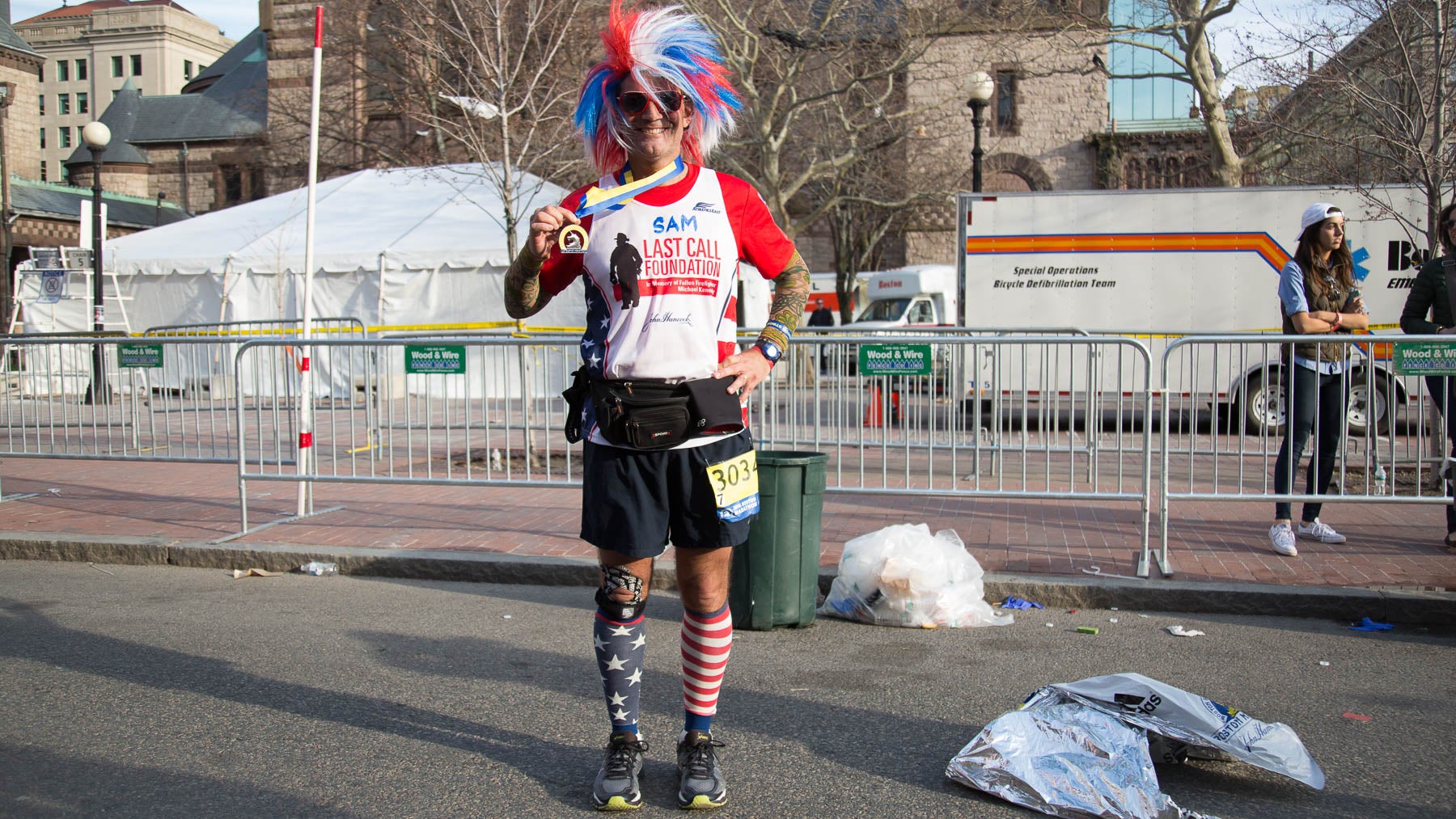 “I came up from Long Island, and am running for the Last Call Foundation, which is in memory of Mike Kennedy, who was killed in the Back Bay fire. A friend designed these shirts, and I decided to go all out with the Stars and Stripes. I’m also wearing the fake tattoo sleeves in his honor.” 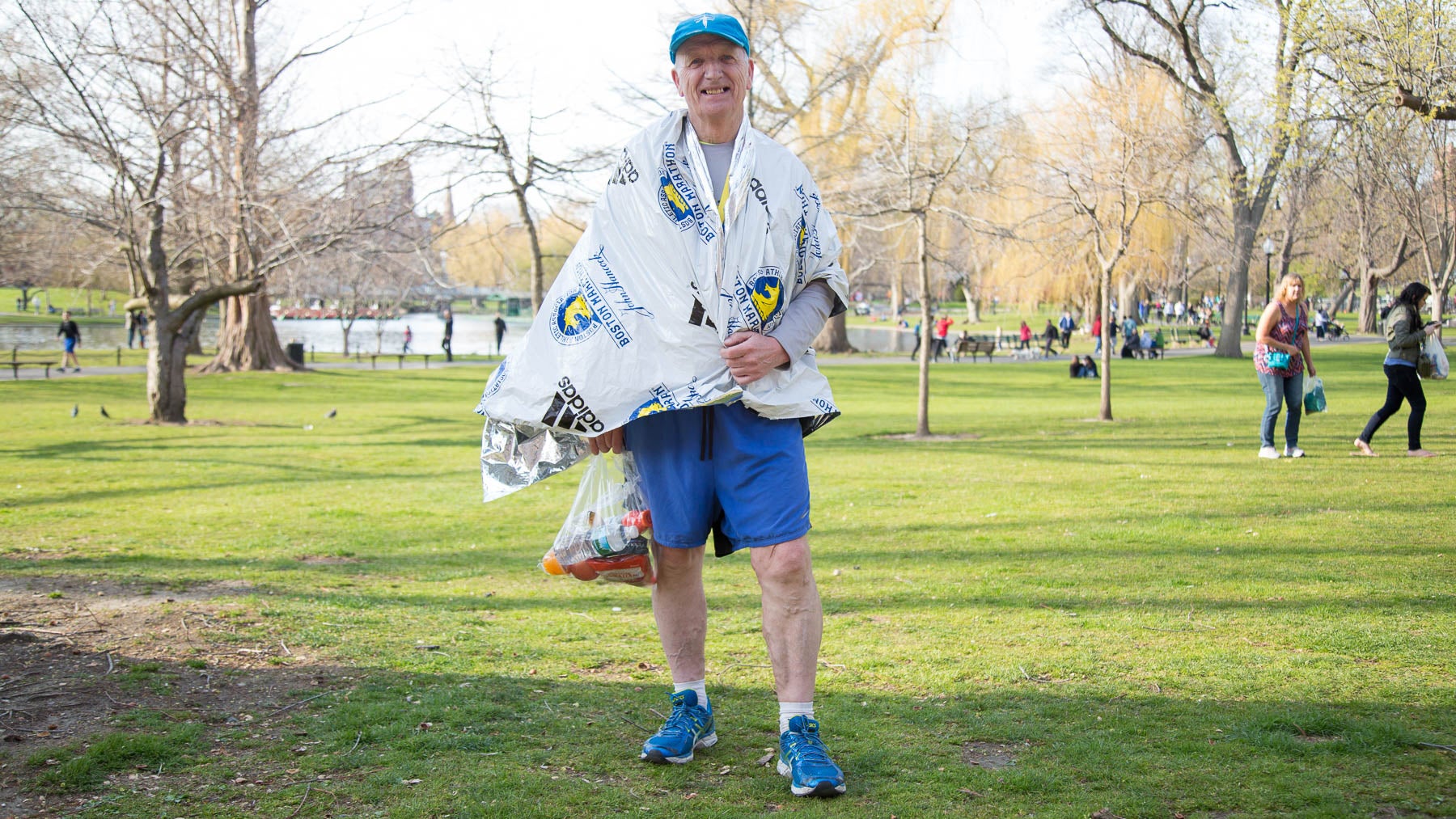 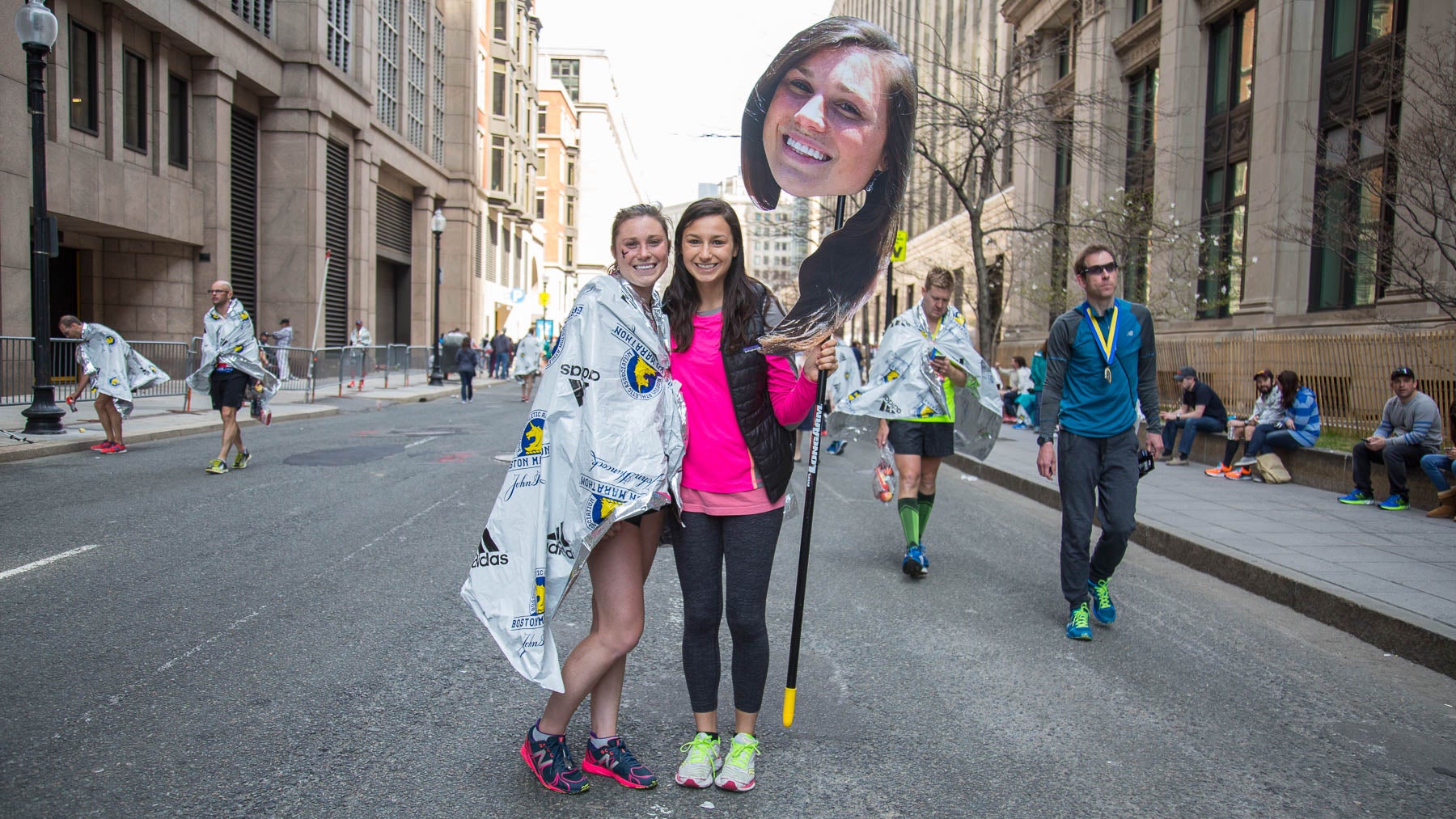 Taylor: “I thought it would put a smile on her face, seeing her face cheering her on.”

Alanna: “Yeah, I had no idea. It was a surprise. I saw it when they were standing on the Comm. Ave bridge and I was like ‘That’s me!’ You guys didn’t have it at mile 16, though.”

Taylor: “I ran home and got it before we saw you again. We couldn’t take this thing on the T.”