Unlike other prestigious races, like the 100-meter or the 400-meter, the marathon stands out not merely because of its length, but because of its unusually specific distance. As any marathoner knows, the total distance is 26.2 miles. Sam Adams even made a beer out of it.

Still, many runners—invariably some who will run in Boston this year—have no idea why the marathon distance is 26.2 miles (26.2187575 miles to be exact). The answer is somehow both straightforward and yet mysterious.

The short answer is that marathons are set at 42.195 kilometers (26.2 miles) because the International Association of Athletic Federations (IAAF) officially adopted that in 1921. After nearly 25 years of marathons stretching varying lengths, the 26.2-mile distance from the 1908 London Olympics was chosen as the standard.

Now, trying to explain exactly why the IAAF picked that specific Olympic course as the official distance—and why the London course was its exact length—is where the history becomes murky.

As an example, even attaining a mere explanation as to why the IAAF chose the 1908 Games as its official measurement isn’t possible. According to David E. Martin and Roger W.H. Gynn in The Olympic Marathon:

The race’s length was given as 42.1954 kilometers, or 26 miles, 385 yards—the same as at the 1908 London Olympic Games—but no discussion is provided regarding the rationale for its selection.

And as for the 1908 Olympic marathon, accounts differ on the explanation for the course’s weirdly precise length. What’s indisputable is that the marathon began at Windsor Castle and ended in the Olympic Stadium in front of the royal box. Yet sources begin to diverge in their accounts after that.

By the IAAF’s version:

The distance then was extended to the imperial measurement of 26 miles at the 1908 Olympic Games in London, and increased another 385 yards when the starting line was pulled back so it could be seen by the children in the Royal Nursery at Windsor and still finish in front of Queen Alexandra at the White City Stadium in west London.

David Miller’s The Official History of the Olympic Games also provides the nursery as the reason for the additional 385 yards.

Other experts disagree. Bob Wilcox of the International Society of Olympic Historians referred to the story about the 385 yards added because of royal children being able to watch as a “myth,” noting:

No evidence has been found to support this story: nothing has been found in the royal archives, and while Princess Mary started the race, there is strong evidence, as will be seen, that this was a spur of the moment decision, and in any event, her influence made no difference to the distance.

As was relayed in the official report of the 1908 London Olympics, the marathon course was described as proceeding:

From Windsor Castle to the Olympic Stadium in Shepherd’s Rush, in which 385 yards were run on the cinder track to the finish, below the Royal Box, the runner turning to his left as he entered the track on the side opposite the Royal Box.

Clearly, the lack of consensus on the origin of the route has persisted over the last 99 years.

Regardless of how the course length was determined, the 1908 race immediately became the most famous version of its day (which may help to explain why the IAAF eventually chose it as the official marathon length). Italian runner Dorando Pietri took a late lead as he entered the Olympic Stadium. But after initially turning the wrong way down the stadium’s track, Pietri collapsed from exhaustion.

Controversially, he was helped to his feet and across the finish line by two race officials. The U.S. Olympic team, on behalf of second placed runner Johnny Hayes, protested the result. The protest was upheld, and Hayes was awarded the gold medal after Pietri was disqualified. As a consolation, Pietri—who became a moral favorite among fans—was awarded a special cup by British Queen Alexandra. 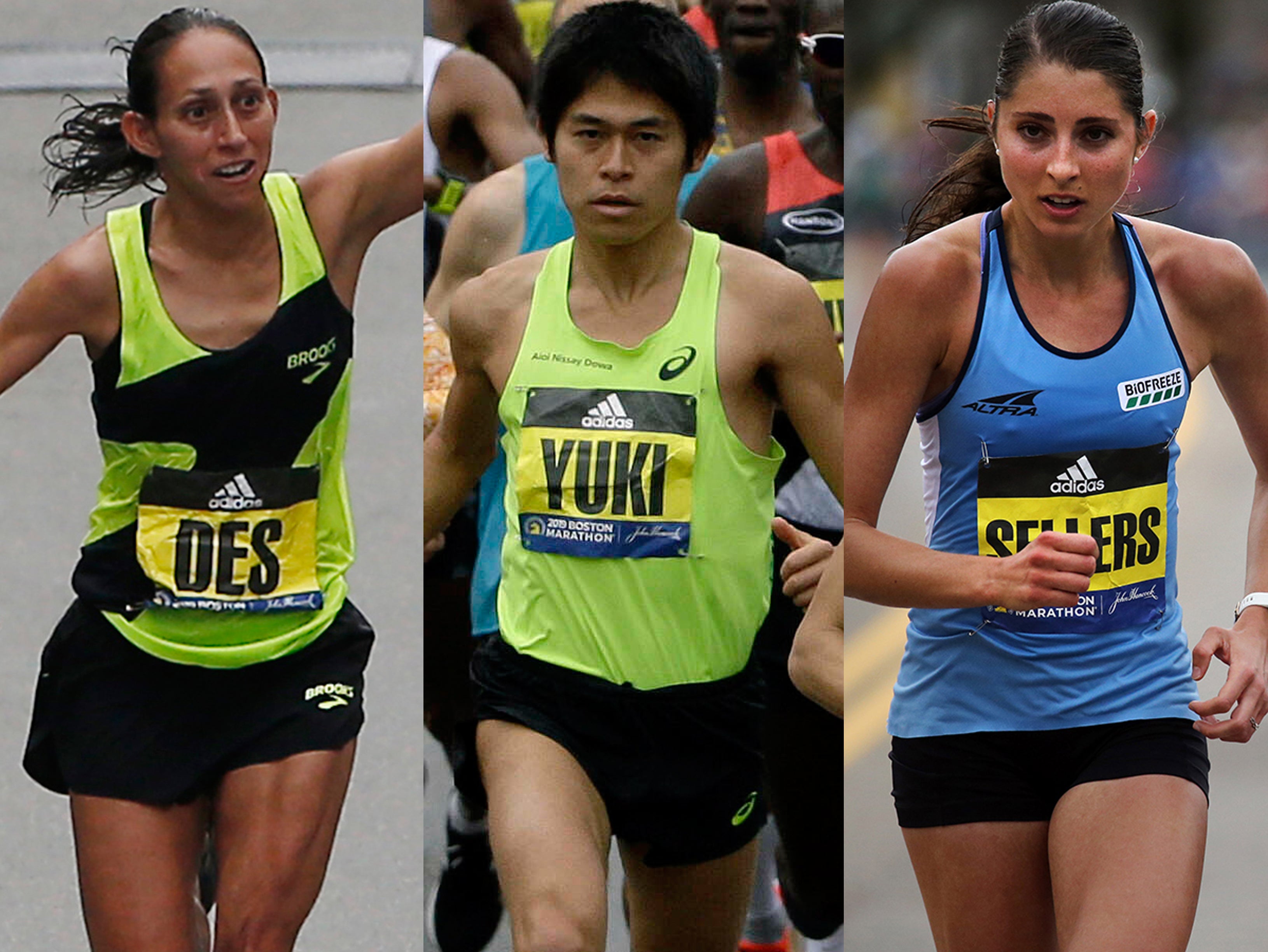