For most first-time runners training for the Boston Marathon, 21 miles in five-degree weather is hell. But for Danny Dwyer, a man who’s already been to hell and back, it “isn’t so bad.”

The Dorchester native has battled drug addiction since the age of 8. At the peak of his sobriety, he graduated from the Boston Police Academy at the top of his class. At rock bottom, he was fired from the department and found himself alone, cold, and high under a North End bridge, where he lived for the next four years.

Now more than a decade later, Dwyer is sober and has rededicated his life to his two sons, and to helping others who struggle with similar substance abuse. This Monday, the 50-year-old will honor that newfound mission by running the Boston Marathon to benefit the Lazarus House, a homeless shelter in Lawrence. With each step, Dwyer said he will carry his journey with him.

“When you start feeling the stress of running on your body, different things start to come up,” Dwyer told Boston.com. “On those long runs, I think about my entire life. I think of my children. I think of them smiling. And sometimes, I think about the bridge.” 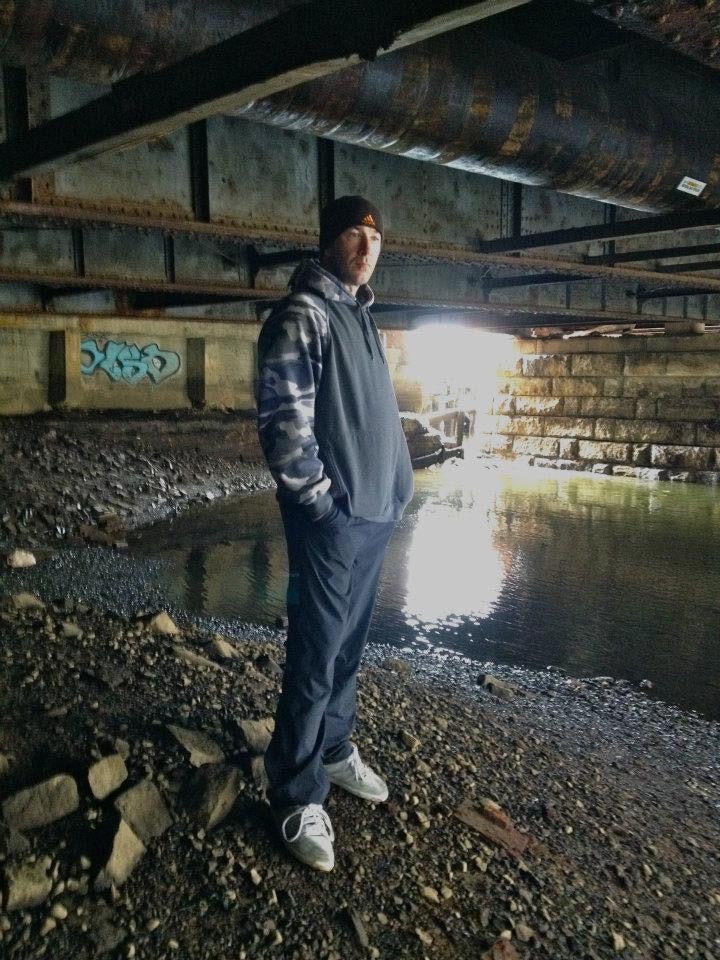 Danny Dwyer, under the Charlestown Bridge, where he lived for four years.

In 2003, Dwyer was convinced he was going to end up in jail or die under the Charlestown Bridge in Boston’s North End. He had sold his car for heroin. He continued to put himself in harm’s way by stealing from his dealers. He’d already overdosed twice. But, it wasn’t always like this for Dwyer.

He was born in the late 1960s, the youngest of three. When his parents divorced, he moved with his mother and brother to Los Angeles at the age of 6. While their mother worked several night jobs over the next two years, both boys began hanging out with older neighborhood kids who introduced them to drugs like marijuana and cocaine. When Dwyer left California four years later, he brought with him a drug addiction he couldn’t kick until he was 22.

After high school, Dwyer joined the Air Force National Guard and later became active-duty Army. Out of the Army and still sober in 1996, he continued his life of service working for the Suffolk County Sheriff’s Department before graduating from the Boston Police Academy. He then got engaged.

But Dwyer soon incurred a knee injury on the job that left the rookie cop facing his old demons: a bottle of Oxycodone. He faltered. He relapsed. Eleven years of sobriety were gone. When his prescription ran out, he turned to the streets, at first for pills and then for heroin. One day in 2001 he wound up buying from a dealer under surveillance. He was arrested and fired. Shortly after, he split from his fiancee. His life was spiraling out of control.

“I would have these moments of clarity,” he said. “You’re walking and you are thinking about this life that you know you’ve lived. That you were a police officer and that you did all these good things. You lived good, and you loved people, and you cared. It is so surreal. You say, ‘I can’t even believe where I’m at right now.’“

Dwyer said he tried to get his life back on track, attempting “50 to 100” detoxes in four years. But each time he found himself “getting off of empty,” unable to shake the sickness and shame that always accompanied his first few days of sobriety. That shame left him hopeless. But on Independence Day in 2004, Dwyer admitted himself to long-term treatment program that stuck. Now, he’s hoping his story will inspire others to overcome their own addictions.

“That shame stuff will kill you. It will make you feel horrible and worthless if you don’t reach or speak out,” he said. “The only way to defeat shame is to expose it.”

The road to recovery

Since getting sober, Dwyer worked as a drug and alcohol counselor, and volunteered for numerous homeless shelters in the area to share his story. He also found yoga, and now works with nonprofit groups like Yoga Reaches Out, which uses yoga to raise funds for organizations that impact the health, education, and well-being of children. Dwyer also founded his own group, Frontline Yoga, to interact directly with the homeless community.

“His life has become this mission,” Yoga Reaches Out founder Sarah Gardner said. “He is kind of this quiet, incredible helper in this world. It’s like we have an angel on Earth with Danny Dwyer.”

On his road to recovery, Dwyer also discovered running. He started with local road races, but 10 months ago decided he would take on a race that would symbolize his life: a marathon. Susan Hurley, Founder of CharityTeams, said she was excited to connect Dwyer with the Lazarus House because of his “ability to make others feel comfortable around him and talk openly.” So far, Dwyer has raised over $11,000 for the shelter.

“I know we are all rooting for him on race day and we hope the city of Boston is ready to cheer him on when he runs down Boylston Street – a street where just a short time ago he walked with little hope and belief in himself,” she said. “The finish line is just the starting line for Danny.”

Dwyer said his marathon training has been “a healing process.”

“I feel that mentally I have this strength because I’ve been and lived on a level that thankfully a lot of people haven’t. And I hope they never have to,” he said. “So it is hard to explain, but there is this drive when I’m running that I can tap into it. I can start to focus and think about my past in a way that is not painful, but I am inspired by it.” 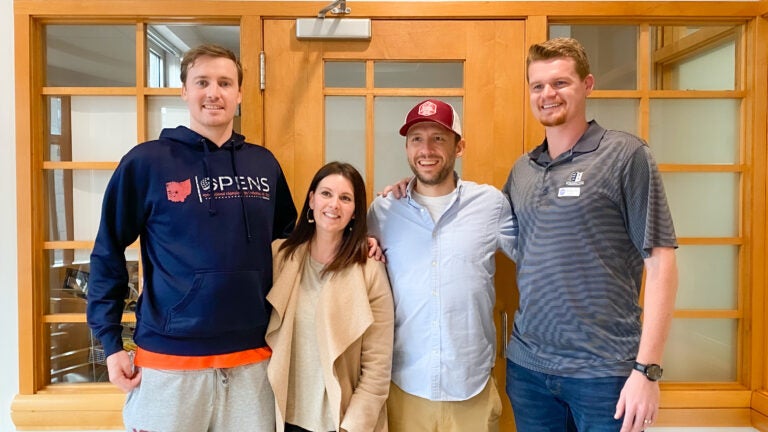 How one Mass. woman’s generosity led to a 4-way kidney swap