Every marathoner knows training for a marathon is a marathon, not a sprint.

Desiree Linden knows the slog of heavy legs and hard mileage. The two-time Olympian has learned to embrace the early starts on gloomy mornings and accept that it’s okay to be a little slow out the door.

“If you expect every day to be butterflies and cupcakes you’ll be very disappointed,” Linden said. “But if you quit the first time it gets hard you’ll be quitting pretty early on.”

When Linden talked to Boston.com, she was in the heart of her training schedule ahead of the Boston Marathon. She racked up miles in the run up to the New York City Half-Marathon to simulate the experience of running the marathon’s final 13.1 miles on fatigued legs. She led the tune-up race as it weaved through Times Square and eventually finished eighth in 1:13:33.

Some days it just flows and I feel like I’m born to do this, other days it feels like I’m trudging through hell. Every day I make the choice to show up and see what I’ve got, and to try and be better.

The elite runners set to toe the line in Hopkinton represent an excellent opportunity for the American women to wear the olive wreath for the first time since 1985. The field includes defending champion Edna Kiplagat, of Kenya, and Marblehead’s Shalane Flanagan, who ended the American’s 40-year drought at the New York City Marathon in November.

“Everyone’s looking at this field of American women and I think people are really excited about our chances,” Linden said. “So [my goal] is to compete up front and hopefully have that battle on Boylston again. And have a different outcome this time, for sure.”

Linden’s first battle on Boylston came in 2011 when she matched Caroline Kilel stride for stride down the final stretch. Kilel crossed the line two seconds before Linden, who finished in a personal best of 2:22:38. She dialed in that day, feeding off the crowd’s energy as she put one foot in front of the other faster than all but one of her competitors. Linden, who made her marathon debut on the course in 2011, said the Boston crowd appreciates and understands the sport on a different level.

“Obviously, the whole history of it is just incredible,” she said. “Getting on that start line and knowing you’re running yourself into this incredible story about the race—you’re a tiny sliver of it, but it’s still pretty neat to do that.”

Desiree Davila Linden near the finish line during the 2015 Boston Marathon.

But a stain has appeared on the sport’s history book in recent years. Jemima Sumgong, the 2016 Rio Olympics champion, was handed a four-year ban in November for taking an illegal blood-boosting hormone. In 2014, three-time Boston winner Rita Jeptoo tested positive for the same performance enhancer. Linden said that while the anti-doping agencies are making important changes, there’s still more to be done to catch cheaters.

“Certainly there’s been questionable people in a lot of the races that I’ve run in,” she said “I think you know that stepping on the line but you can’t allow that to impact your race. You trust in the work that you’ve done and hope that’s enough.”

Linden said the runners are aware of the problem, “but at the end of the day it’s kind of out of our hands. We just have to race the people we’re lined up with.”

The 34-year-old has put the issue out of her mind in Boston five times, including a fourth-place finish last year. She has that well of experience to draw on ahead of the 2018 edition and plans on just one or two practice sessions on the course this year. (“I know all the turns at this point. I shouldn’t get lost.”) The training’s important, Linden says, but by the time the runners crest Heartbreak Hill the race hinges on instincts and “how much you want it.” In the early stages of the race, she tries to stay relaxed and appreciate the funny signs in the crowd.

“The paralysis by analysis is very real. If you’re overthinking everything and too engaged when the racing really hasn’t started yet, that can be detrimental,” Linden said.

That patience lasts until the 30 kilometer mark. Then she starts checking in on her body, her fluid intake, and the moves made by the runners beside her.

“It’s kind of like the blinders go up at that point,” Linden said.

What would it mean to her to put the blinders up and come away with the olive wreath on April 16? An ending so perfect Linden said it might be the last chapter in her story.

“If you break the tape in Boston, not sure what else could top that,” she said. 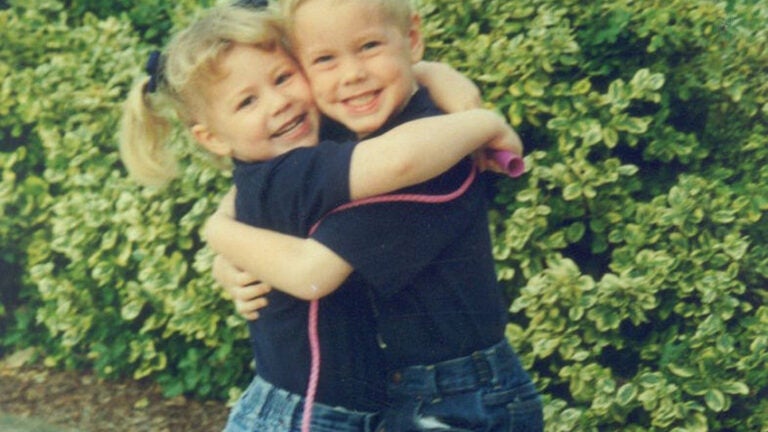 Why I’m Running: Molly Ream is running Boston in memory of her twin