The high school math teacher from Canada is part of a rare and spirited breed of athlete: those who’ve overcome the daunting challenges of dwarfism to conquer the 26.2-mile distance.

Many endure not just the usual rigors of training but cruel taunts from onlookers — “Hey, check out the midget” — as they put in their miles.

But Young, who lightheartedly refers to himself as an LP (“little person”), has become an inspiration to others with dwarfism — and his accomplishments have won him respect and admiration around the globe. Young is a member of an elite club: Only four athletes with dwarfism are known to have completed marathons, and he’s finished the most — 10 — including four Boston Marathons and three New York City Marathons. He’s also competed in 50 triathlons — including Ironman Maryland — and his latest goal, starting with Boston on April 16, is to run 12 marathons in 12 months.

“He’s an example of somebody who’s overcome his own physical challenges and inspired thousands of people to live their dreams,” McGillivray said. “He trains and competes just like every other athlete. He says, ‘I am who I am. I’m going to succeed at my level and I’m going to feel good about myself.'”

That wasn’t always the case for Young.

Young, who graduated as valedictorian, swam and played street and pond hockey. But he never ran — doctors worried the pounding would cause back problems.

Over the years, Young’s weight ballooned to nearly 200 pounds (90 kilos) — dangerously obese for his height — and he developed sleep apnea. To shed pounds, he returned to the pool and took up cycling. He entered a triathlon but skipped the run portion, still worried it might cripple him.

Finally, he caved, and he couldn’t believe what he’d been missing.

“What I found was the more I ran, the less my back actually hurt,” said Young, whose light running style enables him to recover remarkably quickly.

“When I first met John, he was falling asleep at his desk,” said Eric Olson, who teaches math with Young at the Pingree School , a private academy in nearby Hamilton. “Today he’s such a productive guy. He oxygenates his brain. He really is an elite athlete — he takes what he does super seriously.”

Former student Veronica Monteiro, 23, says Young inspired her to run her first Boston Marathon. “I look up to him so much,” she said, giggling at her phrasing.

Young appreciates the humor. (He’s been known to slip a subtle “Snow White” reference into a conversation: “I’m a little sleepy today. I’m also a little sneezy.”) But he’s not amused by others’ heckling or snickering — especially if it’s aimed at his wife, Sue Casey, or 15-year-old son, Owen, who also have dwarfism.

His pet peeve: when strangers run past in a race and say, “Thanks for being out here.”

“I’m like, ‘Thank you, too,'” he said. “I know what they’re trying to say. But I’m not out there for them. If I motivate you because of some part of my story, that’s great. But if all you’re looking at is the physical fact that I’m a little person and I’m running, that’s the wrong message.”

Young’s no speedster. He averages 13 minutes per mile (8 minutes per kilometer), and in marathons, he usually walks a minute for every nine minutes he runs. His personal best is 5 hours 50 minutes.

His son now runs track and cross-country, breaking his old man’s 5K times. Little People of America , a nonprofit group, hails him as a hero. And Young gets emails from the parents of children with dwarfism thanking him for being a role model.

“That’s the part I treasure,” he said. “I don’t know how long I can keep doing it, but I don’t have an end date in mind. I’m going to keep going as long as I can.” 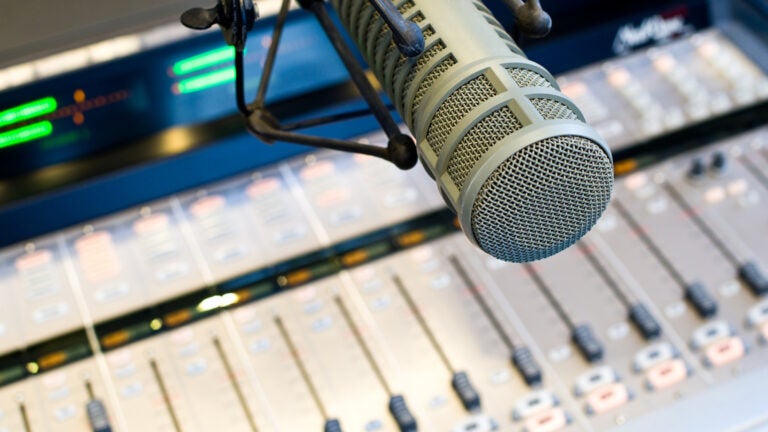