The 2018 Boston Marathon was definitely special.

Despite soaking rain and chilly temperatures, tens of thousands of runners and fans came out to the 26.2-mile course. Amid the challenging conditions, the 122nd edition of the race proved historic and — as always — inspiring.

In a day full of highlights, here’s a recap of the 2018 marathon’s top moments.

The continued dominance of the wheelchair winners:

The rain-swept course made for the slowest first-place times in more than three decades, but the results only cemented the legacies of the two elite athletes. Hug’s win was his fourth consecutive title in Boston, while McFadden captured a record-breaking 22nd victory in the world marathon majors.

Catch all the action NOW on @NBCSN pic.twitter.com/7X5j8UX9gM

But the more surprising move was Desiree Linden’s decision to wait for Flanagan and help her fellow American catch up to the elite women’s pack leaders. Linden later said she anticipated falling back in the race and was just trying to do whatever she could to help Flanagan.

The first American woman to win in 33 years:

Call it good karma, but Linden went on to take the women’s crown. She made her move with a little more than 5 miles left in the race before blowing open her lead.

WATCH: @des_linden pulls into the lead of the women’s race #BostonMarathon2018 pic.twitter.com/4e4unwi0Gu

Social media erupted as the Michigan native became the first American woman to win since 1985. Linden finished more than four minutes before the runner-up, fellow American Sarah Sellers. Breaking through the tape, she was soon draped by an American flag and, eventually, her overjoyed husband.

Perhaps even a bigger surprise than Linden’s drought-ending win was the runner who followed her, shown nonchalantly glancing at her watch before the TV camera panned away.

“Who the heck is Sarah Sellers?” asked a nation.

Before Monday afternoon, the Arizona resident was a virtual unknown in elite running circles. This was only her second marathon.

Sarah Sellers is second place for the women. We’ll have more information on her shortly. Like many other outcomes today, it isn’t what we expected.

Sellers even shocked herself.

“I didn’t even know it was a possibility,” she told the Globe after the race, when asked about her runner-up finish. “I was trying to ask officials what place I was in. I had no idea when I crossed the finish line.”

A surprise upset in the men’s race:

Minutes later came another shocking result when Japan’s Yuki Kawauchi crossed the finish line. The 31-year-old was the first Japanese winner of the Boston Marathon since 1987 and was overcome with emotion upon breaking through the tape.

“For me, these are the best conditions possible,” Yuki Kawauchi quipped after the race.

Kawauchi, who is known as a “citizen runner,” won five of the 12 marathons he ran in last year, but this was his first victory in a major.

“It’s the best crowd support I’ve had anywhere in the world,” he said after the race. “Thank you, Boston.”

Jose Sanchez is back:

Remember Jose Sanchez? He’s the Marine whose image went viral last year after he ran the Boston Marathon carrying an American flag. Despite the weather, he returned again this year, along with his name-enscribed flag.

Retired Marine Staff Sergeant Jose Luis Sanchez.. who lost part of his leg in combat, has finished the #BostonMarathon once again! pic.twitter.com/kwoeHNsUtu

Running in cold, wet conditions was “just a metaphor for life,” Sanchez said after the race.

Arredondo, the cowboy-hatted hero who was famously photographed rushing to the aid of Jeff Bauman during the 2013 Boston Marathon bombings, was on the other side of the fence Monday. Running for his family’s charity in honor of the fifth anniversary of the bombings, Arredondo told reporters he was thrilled to see fellow survivors all along the course.

As he finished this year’s @bostonmarathon, Carlos Arredondo said he was pulled between the thrill of the moment and the memory of 5 years earlier #Boston2018 pic.twitter.com/UMrNp6zGWb

Ailing runners get a helping hand:

With medical tents reportedly at capacity due to the conditions, support from fellow runners was in a high demand. From Heartbreak Hill to the finish line, broadcast cameras caught example after example of struggling runners getting a lift from a stranger.

THE STRUGGLE IS REAL!
This woman is really hurtin’ on Heartbreak Hill yet she’s STILL trying to run. No quit! #BostonMarathon #Boston2018 #BostonStrong #WBZ pic.twitter.com/7s08MhHezW

The conditions didn’t bother ‘The Hammer’: 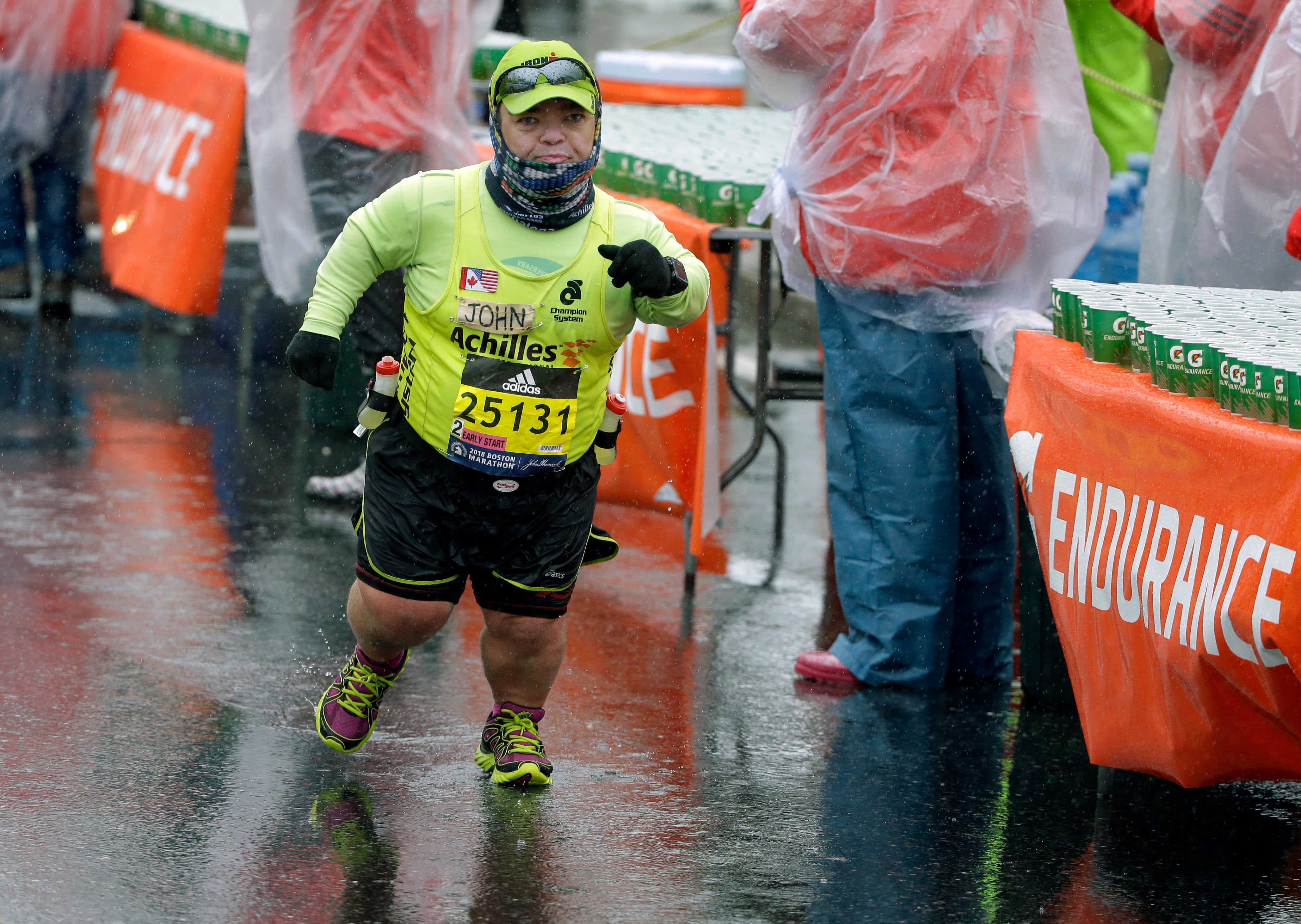 For Salem resident John Young, it took many more strides than the average runner to cover the 26.2 miles. But he wasn’t complaining. In fact, “The Hammer” finished under six hours, breaking his personal Boston Marathon record.

After finishing in what he said were the toughest conditions he’d ever run in, 2014 Boston Marathon winner Meb Keflezighi said the 2018 race cemented for him the “resilience” that’s central to the event. 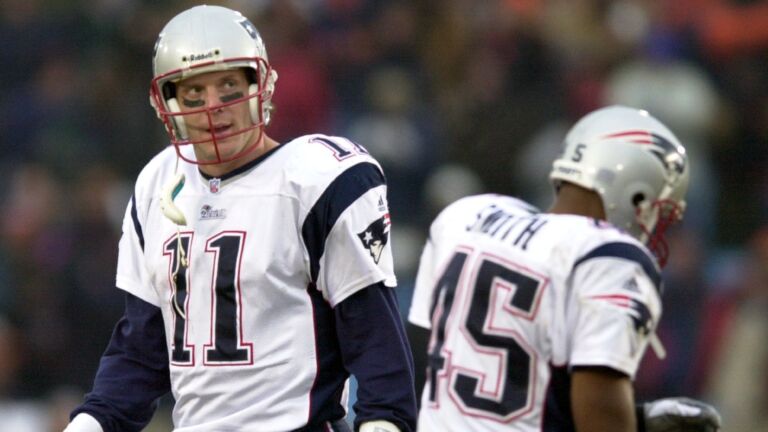 What this year's Patriots have in common with dismal 1993 team