Shalane Flanagan pulled a surprising detour during the 122nd running of the Boston Marathon Monday.

Over an hour into the race, Flanagan stopped to use what announcers referred to as a “portable facility.” The move seemed atypical for an elite runner, but iconic marathoner Katherine Switzer said on the WBZ broadcast Flanagan should be able to make up for the time lost because of the field’s slower pace.

Perhaps what was more surprising, however, was fellow American Desiree Linden’s decision to wait up for Flanagan during her pit stop — a move that demonstrated unity and respect. The pair had been seen chatting throughout the early miles of the course, but Linden later pulled ahead and eventually went on to win.

After her victory, Linden told NBCSN she chose to stop because she thought she was going to inevitably fall back in the race. Linden said she told Flanagan, “If there’s anything I can do to help you out, let me know because I might drop out.”

Actions and behaviors show people who you are. Much respect for @des_linden in waiting and helping Shalane get back up to the pack. To me, this shows that they are in it to get an American to win, regardless of which on it is. 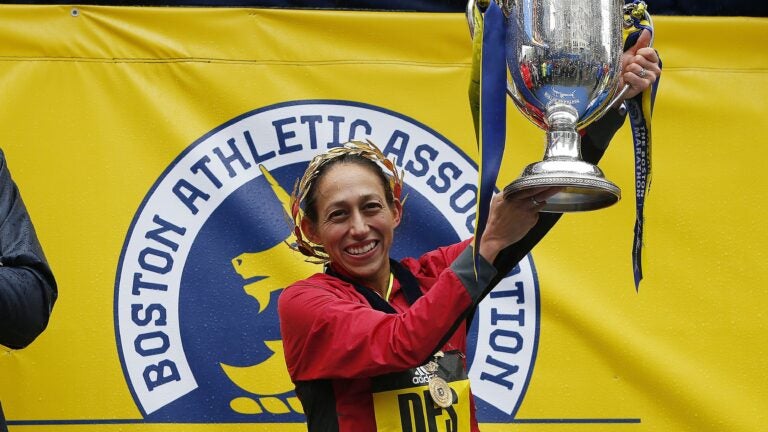