Desiree Linden became the first American woman in 33 years to win the Boston Marathon on Monday, despite almost dropping out early in the race and waiting for fellow American runner Shalane Flanagan to take a bathroom break.

Twitter users nationwide have been enthralled by her impressive victory. Local fans can appreciate that she has a dog named Boston and that, according to her and husband Ryan Linden’s wedding photographer’s website, the couple donated money to the One Fund in lieu of giving out wedding favors.

While many social media posts have focused on Linden’s big win, a number of others have taken note of how supportive Ryan was at the finish line, and how emotional the couple’s finish line embrace was.

One of the THE images of the day: Des Linden’s husband embraces her with tears streaming down his face after she pulled off a comeback for the ages. #WBZ #BostonMarathon pic.twitter.com/hxiPtrlK3B

If my future husband doesn’t look at me accomplishing my goals the way @des_linden husband looks at her then I don’t want him #BostonMarathon pic.twitter.com/v9gm4Jk72F

One of my favorite moments— @des_linden’s husband as the announcer was saying she was going to win. He was so excited! Find yourself a man who supports your dreams like this man does. #BostonMarathon #DesLinden #winner pic.twitter.com/62KRMHByYK

May we all strive to find a partner who shows as much pride in our victories as Des Linden’s husband just did.

IM NOT CRYING, YOURE CRYING#bostonmarathon

American Des Linden wins the Boston Marathon! We are all that smile on her husband’s face. pic.twitter.com/exVqhaB6hx

Visit A WBUR anchor is running off to join the circus. Really, though. 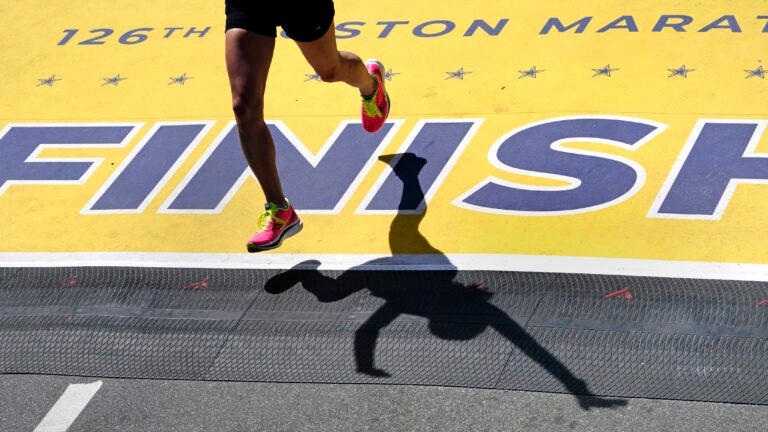