The 2020 Boston Marathon will be a late-summer affair.

As part of the efforts to slow the spread of the novel coronavirus, officials and organizers announced the unprecedented move Friday to postpone the 124th edition of the race until Monday, Sept 14. Given the economic — and communal — impact of the marathon, they said it was a better option than canceling it like so many other springtime sporting events, both locally and around the world.

“Our expectation, and the hope right now, is that this date will get us to a safer place in relation to the spread of the coronavirus,” Boston Mayor Marty Walsh told reporters.

Walsh says the decision was made not only for the safety of the world-renowned marathon’s runners and spectators, but also for local residents who could be at heightened risk of contracting the contagious COVID-19 disease if tens of thousands of people from across the country — and the world — traveled to the Boston area in the midst of the growing crisis.

The move also makes for a potentially very different race come September. But it’s one that Walsh says the Boston Athletic Association “can make work for their runners.”

Officials want to preserve Marathon Monday as the “cornerstone” of a three-day weekend, so that local businesses will be able to recoup at least some of the lost revenue from not holding the marathon next month. According to Walsh, the race has a $211 million impact on the Boston area.

And Gov. Charlie Baker says he will file legislation to make Sept. 14 a state holiday this year just like Patriots’ Day.

However, picking the date wasn’t that simple.

Officials had to navigate a myriad of “moving parts,” as Walsh put it. The weather would likely be too hot in August to hold the race and the following three-day weekends had complicating factors. College students will “hopefully” be moving back over the weekend of Labor Day, Sept. 7, the mayor said. And the Chicago Marathon is held on the Sunday of Columbus Day weekend, which Walsh says also coincides with local colleges’ family weekends. Either way, hotel space in the area would be scarce. And the last two weekends in September coincide with the Jewish holidays of Rosh Hashanah and Yom Kippur. There were even local construction plans in the communities along the course to work around, according to Walsh.

“This date jumped around like a pinball,” he said.

How will the new date affect the race?

During the press conference Friday, Baker said the postponed date was another example of the Boston Marathon’s “resilience.” And organizers encouraged participants to continue to fundraise in the additional months before the race, which raises around $40 million for charity.

“I think everybody, once we get there, will feel the same way they always feel on marathon day,” Baker said.

Additionally, as the NWS noted Friday, the dew point on Sept. 14 is significantly higher on average — meaning the air has a higher capacity to hold moisture.

“It will be a little stickier, on the whole,” Alan Dunham, a meteorologist at the service, told Boston.com.

It’s unclear whether there will be a traditional Red Sox game on the day of the marathon; the team is currently scheduled to host a three-game home stand against the Tampa Bay Rays on the weekend before Sept. 14, but has no game scheduled on that Monday. The MLB also announced Thursday that the league will postponed Opening Day by at least two weeks in the midst of the coronavirus outbreak. But it remains unclear whether the 162-game season will be shortened or how the games will be rescheduled.

Race organizers also understand that marathon runners who had been training and planning around the April 20 date may face conflicts and are promising additional information in the coming days. The BAA has set up a designated email, [email protected], to field individual inquiries. Will runners who can’t make the new date get a refund? Will they be able to give their bib to someone else? BAA CEO Tom Grilk said Friday that there hadn’t been enough time yet to “give proper thought” to all the potential questions.

“Those are matters that we will address very promptly and get back to everyone this coming week,” Grilk said. 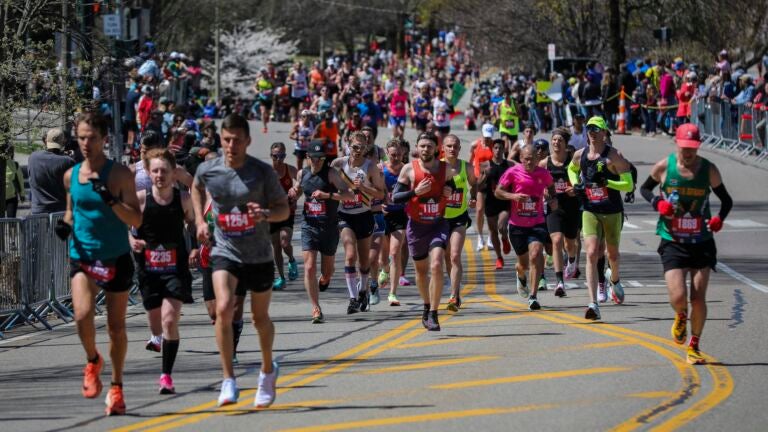 BAA announces initial field of over 23,000 for 2023 Boston Marathon