In the most basic sense, the 2021 Boston Marathon will almost be a return to normal after the COVID-19 pandemic disrupted the race last year.

While there will be protocols against the virus in place and a few more masks than you remember, runners and fans will once again gather in person on the familiar race path from Hopkinton to Boylston Street as they have for decades.

But one obvious change brought on by the pandemic can’t go unspoken: the change from the traditional April date of the race to Oct. 11.

For those running the race, the replacement of the spring dew and budding flowers racers they’re used to seeing on the way with the falling leaves and bright foliage of autumn isn’t the only difference the postponement of the race has brought on.

“Training for a fall marathon and training for a spring Marathon are very different,” says Matt McDonald, a member of the Boston Athletic Association.

McDonald will run as part of the B.A.A.’s High Performance Team on Monday and has six marathons to his credit, including two runs at the Boston Marathon.

He and a number of other elite runners entering Monday’s race all say the same thing: The time of year a marathon is held changes how you train leading up to it.

The biggest factor, McDonald said, is the weather.

“When you’re training over the summer, it’s just hot, and so you have to take that into consideration,” he said. “We can’t be as aggressive as we might like to be. We have to focus more on things like hydration, not just before and after runs but during.”

McDonald adds that runners training for the Boston Marathon often ramp up their preparations during winter. Despite the snowy and icy conditions, he says runners are “better equipped” to push themselves when they’re not dealing with humid conditions.

“Some of the workouts, just because it’s been so hot and humid, you do have to back off from the paces or change things around,” Hampton said, while acknowledging the hot summer days can make runners “tougher” in the fall. “That definitely takes more of a toll on your body than just running kind of in the winter.”

But another of their comrades on the High Performance team, Paul Hogan, has a different take.

Hogan, a 25-year-old Burlington native, will make his official marathoning debut at the Boston Marathon, though he’s competed in half-marathons before.

For him, training in the summertime is actually what he prefers.

She’s frequently trained for marathons both in the spring and fall, having been a regular participant at the Boston and New York Marathons. But she called training for the October version of the Boston Marathon has been an “unexpected” challenge compared to New York, which typically starts in November and requires less training in the summer heat.

Running in the heat and humidity, she said, can make it “tricky” to assess where you are in your training.

“There can be a conversion to that: one a good day, you’re probably a little bit faster than what you’re getting on a really hot, humid day,” she explained.

But Linden said those hard summer days might pay off big if the weather is right on Monday.

“If you get a hot race day, you’re prepared for it,” she said. “The body acclimates [to running in the heat], and if we get fortunate to get a nice cool, crisp [Monday] morning, I think you can see some flyers because all that fitness on the uncomfortable days means a little bit more on a nice day.”

With Boston Marathon Monday set to be partly cloudy with a high of 71 degrees (though with a 20 percent chance of rain), Linden might get her wish for some good conditions.

But regardless of how the weather turns out, Jonas Hampton expects the Boston fall to give runners a good view as they head for the finish line. 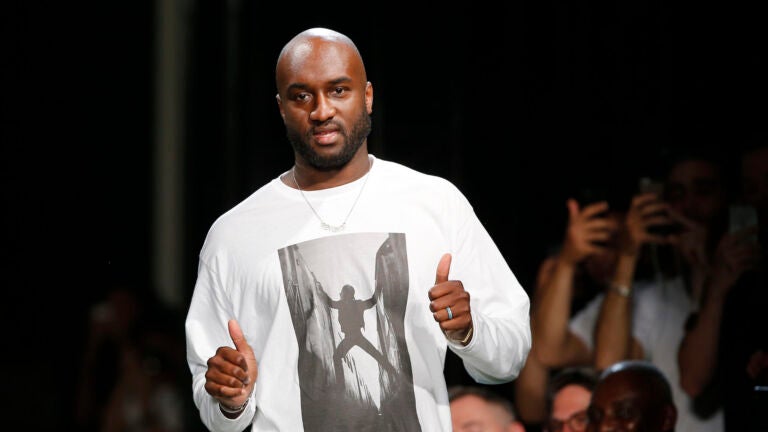