The sun was shining as the world’s oldest annual marathon made a return to its Patriots Day schedule for the first time since 2019.

Here are the highlights:

1. A battle to the finish in the women’s race

Peres Jepchirchir of Kenya and Ababel Yeshaneh of Ethiopia went stride for stride on Boylston, but Jepchirchir prevailed to victory.

“Ababel was so, so strong,” the 28-year-old told the USA Network after the race. “She was strong, and for me it was just keeping energy for the kick.”

Evans Chebet of Kenya took the crown in the men’s race, winning his first major marathon with a time of 2:06:51.

“I observed that my counterparts were nowhere close to me and that gave me the motivation and determination to hit it and be the winner,” the 33-year-old told reporters after the race.

Among the more than 12,000 women participating in Monday’s prestigious race were eight who laced up as part of an honorary team to celebrate 50 years of the Boston Marathon allowing women to officially take part in the race.

Included on that team was Val Rogosheske, one of the original eight finishers from 1972. Ahead of the race, she told WBZ, “It just makes me feel so good to know how opportunity has expanded for women and how women are seizing the moment and taking advantage of it.”

4. Romanchuk powers through to second title in men’s wheelchair division

Daniel Romanchuk reclaimed his title in the men’s wheelchair division, three years after he made history as the youngest Boston Marathon push-rim race winner ever.

Romanchuk’s win comes after 2021 champion, Marcel Hug of Switzerland, made the decision not to defend his title and withdrew from the race on Sunday due to “medical reasons.” Hug had won five of the previous six Boston Marathon men’s wheelchair division races, with Romanchuk’s 2019 win the only exception.

Defending champion Manuela Schär earned her fourth win at the Boston Marathon and her second in a row after she claimed the division in October.

“It was actually a tough one,” she told WBZ. “We had a headwind all the way, so when you’re on your own out there, it feels kind of like a time trial over the 42k.

“So yeah, I’m so glad to be back,” she continued. “It’s one of my favorite courses. It’s challenging, and it’s always good to be back.”

Jacky Hunt-Broersma, an amputee athlete, checked off another 26.2 miles in her quest to run at least 102 marathons in 102 days.

8. The older brother of Martin Richard crosses the finish

“It’s beyond words,” he told WBZ after the race. “It’s great to get here, finally. It’s been years in the making for me.”

“I know Martin would have been doing it with me,” Henry said of his late brother. “I’m happy to finish it. It’s all I can think about.”

9. Matt Kenseth has some gas in his step

Former NASCAR champion Matt Kenseth has previously proved his strength behind the wheel but on Monday, he completed 26.2 miles by foot in 3:01:40.

“The atmosphere was second to none,” Kenseth told WBZ. “It was one of the better experiences in my life, honestly. This was really cool, the crowd, the enthusiasm. Just a huge event, fun to be a part of it.”

10. The goodest boy returns to the course in an official way

After a battle with cancer, Spencer, a 12-year-old golden retriever who went viral in 2018 for cheering on runners in the rain with his signature “Boston Strong” flags, returned to his spot along the marathon route.

Last week, the fan favorite was named the “Official Dog of the 126th Boston Marathon” and even earned his very own Spencer bib. 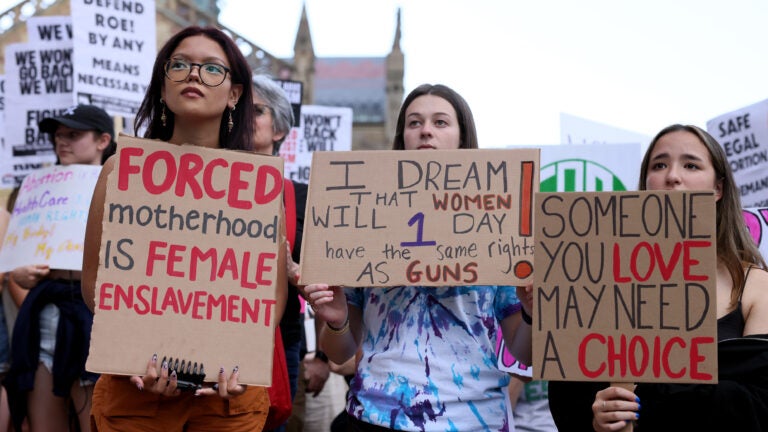