The longer I scour the list of prominent baseball free agents for clues on whom the Red Sox might and should pursue, the more obvious the truth becomes:

The best fit remains a player the Red Sox had in their organization for over a decade and almost certainly are not bringing back.

The stars of this free agent class — Max Scherzer, Hanley Ramirez, a certain panda-shaped third baseman who may or may not know Kung-Fu — are all enticing to some degree, at least before the various flaws and too-steep sticker prices are considered.

But the best fit — the lone damn-near perfect fit — is Jon Lester.

His work during his dozen seasons in the Red Sox organization — he was drafted in July 2002, debuted in June 2006, and departed at the July 2014 trading deadline — remains sharp in our minds.

Why wouldn’t it? It was just an October ago that he was instrumental in securing the franchise’s third World Series title in a decade, and the second of his Major League career. He won 116 games in a Red Sox uniform — including six in the postseason.

When he hugged the boss, hopped in his truck, and began making his way to Oakland, he hit the road as one of the greatest lefthanded pitchers in franchise lore.

Who wouldn’t want Lester to return to Boston? I can’t think of anyone, and that includes Red Sox ownership. Everyone appreciated the guy. But any desire ownership has to see him return to the Red Sox comes with a caveat that from here looks like a sure-fire dealbreaker: He’s not getting the length of contract here that he’ll get elsewhere.

In case a reminder of exactly why is required, here is a snippet of Joshua Green’s July followup to his Bloomberg BusinessWeek article from April on Henry and his thoughts on players over 30 years old.

Henry was particularly emphatic about a study showing the costs of signing players over 30 to long-term deals. “To me,” Henry told me, “the most important thing this study shows is that virtually all of the underpaid players are under 30 and virtually all the overpaid players are over 30. Yet teams continue to extravagantly overpay for players above the age of 30.” I asked Henry to compare the Sox’ approach to that of the New York Yankees, who spent $500 million in the [2013] off-season. “It is a wildly different approach,” he said. “We haven’t participated in this latest feeding frenzy of bidding up stars.”

The Red Sox are not about to bid him up now. Hell, they didn’t sign Lester to a new deal when they held the sole negotiating rights. Now that every other team has a shot — and more than a couple of franchises have the need, the cash and the desire to stick it to the Red Sox — it’s hard to figure he comes back here without taking a discount that would sent the players association into a rage.

Mark my words. Lester is going to get nine figures beyond the four-year, $70 million deal the Red Sox reportedly offered him last spring. Put me down for six years and $175 million with the Cubs. Hell, maybe he’ll even knock back a beer with Joe Maddon at the introductory press conference.

I’d love to be wrong about Lester and the Red Sox. I won’t be. And beyond bringing him back, I’m not seeing a lot of solutions on a relatively uninspiring list of free agents. Max Scherzer, who is more durable than the Diamondbacks believed he’d be, might hit a jackpot that exceeds what Lester ends up getting.

I thought Hanley Ramirez might be a relative bargain, one of those players whose flaws blind you from realizing how damn good he is. But it looks like the Mariners intend to pair him with Robinson Cano.

James Shields may be undervalued, an excellent regular-season pitcher with a lousy postseason track record. Pablo Sandoval may be overvalued, a postseason legend who has declined three straight seasons offensively.

Nelson Cruz? C’mon. Sure, he was a bargain for Dan Duquette in Baltimore, clubbing 40 homers for the division champs. Nice find. He’ll also turn 35 in July, has worse range than the ground-level stick figure on Google Earth, was tangled up in the Biogenesis scandal, and hit .249/.306/.463 in the second half. This is the kind of player Lou Gorman would have signed in 1993. You should hope the Yankees sign him to a four-year deal.

At the advent of the general managers’ meetings today, Ben Cherington should take the first steps toward making progress in two areas: 1) finding a couple of underestimated veterans who fit here like the Mike Napoli/Shane Victorino free agent class of ’13 did. 2) laying the groundwork to make a couple of necessary trades to sort out his talented, flawed, and in some spots, personnel-redundant roster.

The more you consider this free-agent class — and the more you look at the areas of depth and the positions of need on the Red Sox roster — the more apparent it becomes that the majority of the solutions will come not via free agency, but through trades.

There is that one free-agent who makes so much sense, at least to you and me. I’d love to see Jon Lester come back too.

It’s too bad the Red Sox seem more concerned about Lester staying too long than they are interested in bringing him back where he belongs. 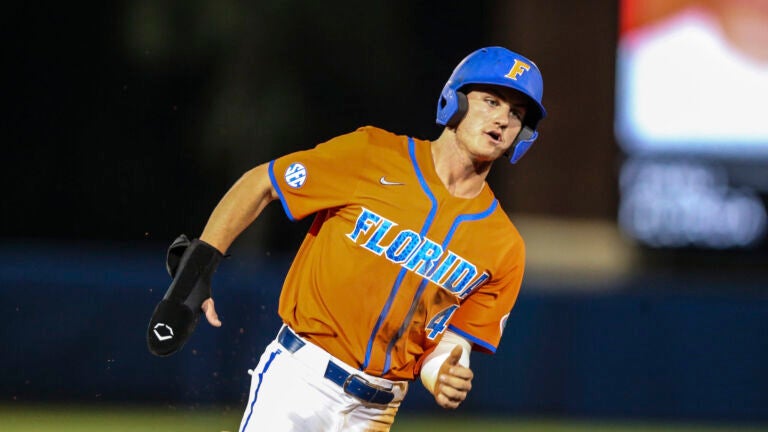