Former Red Sox pitcher and current ESPN analyst will no longer appear on the network’s Little League World Series broadcasts after he shared a meme on Twitter Tuesday attempting to compare the percentage of Muslims who are extemists to the percentage of Germans in 1940 who were Nazis.

“Curt’s tweet was completely unacceptable, and in no way represents our company’s perspective,’’ ESPN said in a statement. “We made that point very strongly to Curt and have removed him from his current Little League assignment pending further consideration.’’ 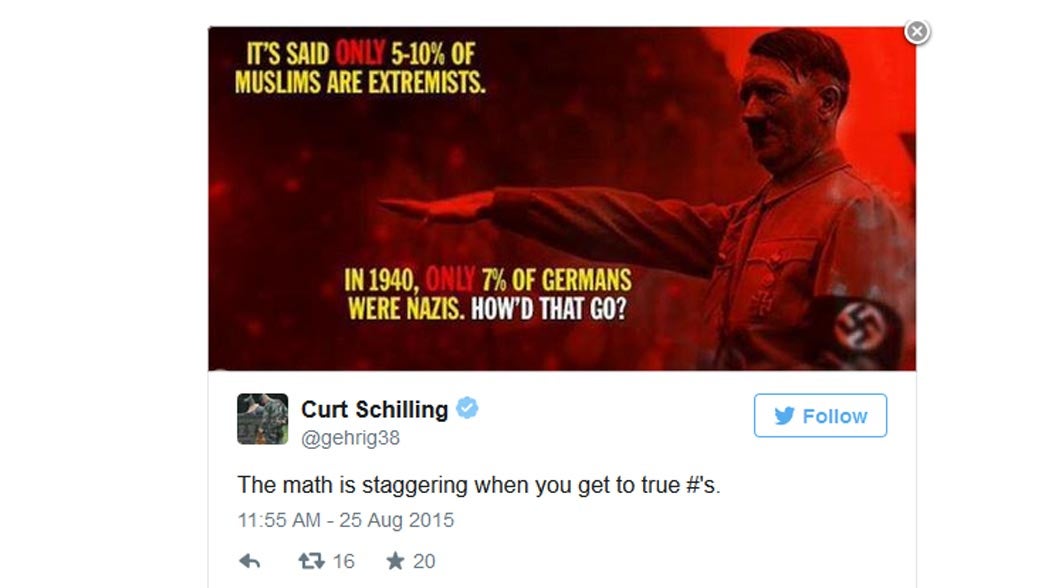 Schilling has since deleted his original tweet and apologized for it on his Facebook page Tuesday afternoon.

“Free speech doesn’t mean freedom from consequences as I was so adamant on earlier this year,’’ Schilling wrote. “Applies to everyone. I’m going to be suspended for the tweet earlier today, whether you agree or not that is how the system is supposed to work. I made a mistake on a few levels. And my boss didn’t like it. No one to blame but myself. Time to move on.’’ 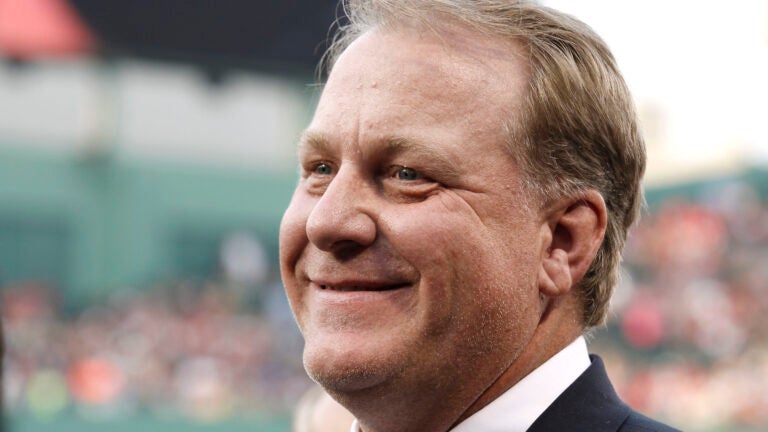