The next chapter of Don Orsillo’s broadcasting career got underway Wednesday, as the former play-by-play voice of the Boston Red Sox on NESN had his first day with his new club, the San Diego Padres.

Orsillo, who was with the Sox for 15 seasons, signed a multi-year deal with Fox Sports San Diego in late September after NESN and the Red Sox decided to replace him with WEEI’s Dave O’Brien in the broadcast booth.

Next season with the Padres, he’ll split time on television and the radio, as Dick Enberg, the legendary play-by-play voice, will call roughly 60-100 games in his last season with the team. Orsillo will be the full-time TV announcer in 2017.

On Wednesday, Mike Dee, the president and CEO of the Padres, welcomed him to Petco Park.

And his new broastcast partner, Mark Grant, welcomed him to the city.

Padres employees also lined up to greet him. 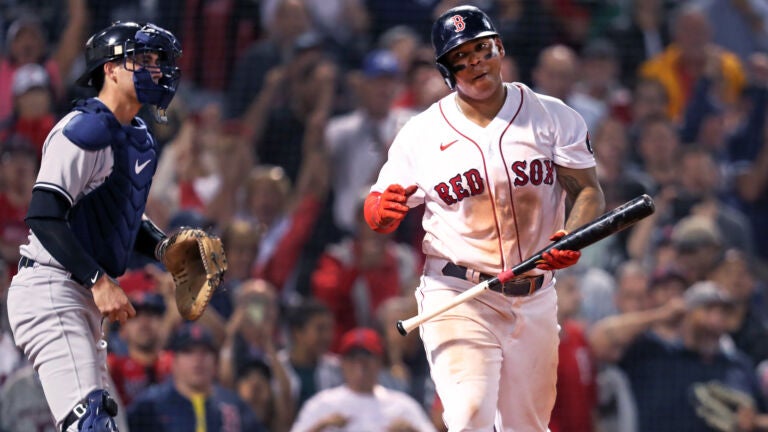