Dave Dombrowski says the Red Sox are looking for an ace, an Indianapolis columnist has a scorching hot take, and Curt Schilling tweets during the Democratic debate.

Dave Dombrowski: Pitching is Red Sox’ ‘primary focus’ this offseason: “Our depth in starting pitching is pretty good,’’ Dombrowski said. “I don’t think the back end of our rotation is going to be the difficult part. When I say ‘back end,’ I mean (Nos.) 3-4-5 – Porcello, Miley, Kelly. We saw Owens, he pitched well. We had Rodriguez and he can take that step forward at any point. So I don’t think it’s the depth, as much as you’re looking for that one guy who can maybe be your horse, if you can get him.’’ (CSNNE.com)

Columnist Gregg Doyel’s (hot) take on Patriots-Colts: “The Patriots cheated the team in my city. Residents of Indianapolis and the surrounding areas, you give the Colts the best you’ve got: money, emotion, more. The Patriots rigged the AFC title game. Cheated the Colts. Cheated you. Sickening.’’ (The Indianapolis Star)

Julian Edelman lists his top 5 receivers, and says Bill Belichick’s spirit animal is a crow on Reddit ‘ask me anything’: “Among the notable answers from Edelman were calling Tom Brady more handsome than backup Jimmy Garoppolo, confirming that Rob Gronkowski can read (kinda), and admitting that his TV favorite show is a Nickelodeon classic.’’ (SBNation.com)

Colts players downplay matchup with Patriots: “The Colts spent so much time trying to catch the Patriots this offseason, they may actually have taken a page out of Bill Belichick’s playbook. Instead of talking about Sunday night’s eagerly anticipated showdown with New England, the Colts have said little.’’ (Boston Herald) 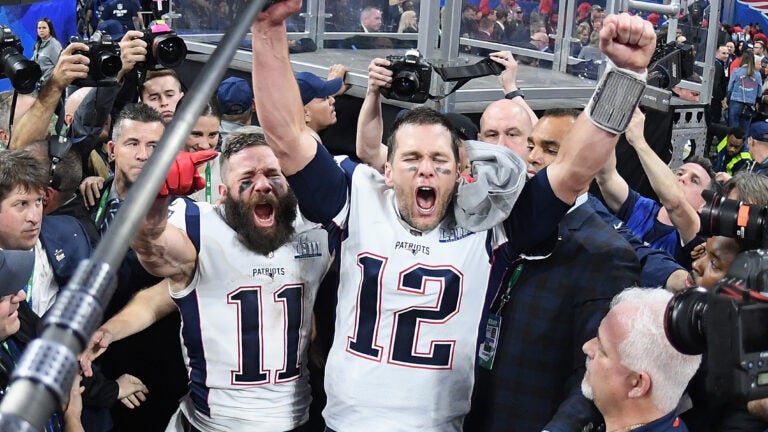 '🐐 it was a honor': Sports world reacts to Tom Brady's reported retirement