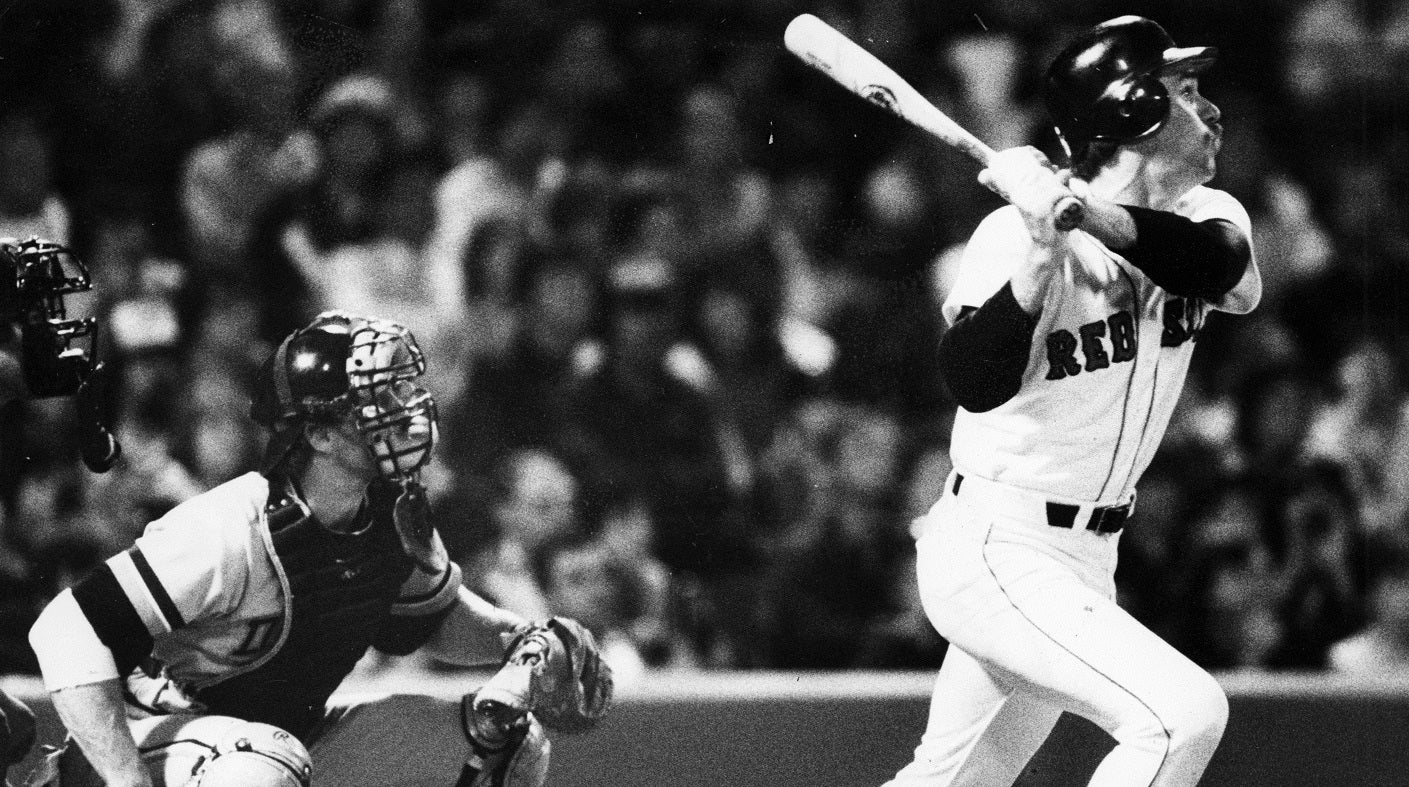 Wade Boggs’s peak with the Red Sox roughly overlaps with my peak as a Red Sox fan, yet he’s never been one who inspired much nostalgia beyond the standard retroactive awe for his extraordinary hitting feats.

In his heyday, the Chicken Man was never my guy, never the one caricatured on my Sox t-shirt, at least once we got past the exotic curiosity of watching a guy hit something like .358 every year and began taking it for granted. For a teenager like me at the time – and probably most Red Sox fans of varying demographics — singles and walks, even in bulk, were never alluring.

I probably called Boggs a base-clogger. I know I called him selfish, ignoring or ignorant to the inherent selfishness of the sport, not to mention the ridiculous offensive benefits of his particular brand of selfishness. Nope, Jim Rice was my guy, with those 25-35 home runs every year and a seemingly similar number of rally-slaughtering 6-4-3 double plays. Even thought Rice was the better player, which tells you how long ago that was in terms of time in knowledge (or common sense) gained.

At some point – I couldn’t tell you the specific hour, but it probably occurred one day or another between when I devoured Bill James’s Historical Baseball Abstract during a drab winter break in college and when “Moneyball’’ became a game-changing phenomenon – I began to appreciate just how distinctively dominant Boggs was. His desire to get on base by any means necessary was ahead of his time. And yet the Red Sox were late to give him both his chance – he didn’t see the majors until he was 24, after two full summers at Pawtucket – and his due.

That latter slight was rectified Monday when the Red Sox announced that Boggs’s number would be retired by the franchise this summer, eleven years after he was elected to the Baseball Hall of Fame. Take it from someone who was never his biggest fan during his career, but who nowadays could marvel at his baseball-reference page all day. It’s about time.

Never mind that the gap between Boggs’s Cooperstown induction and the Red Sox’ decision to take No. 26 out of circulation (sorry, Brock Holt) lasted nearly as long as his entire Red Sox career (1982-92). It’s the right thing to do, they’re doing it, and he’s around to see it. The only way it could be more appropriate is if the 26 were stenciled roughly 20 feet up on the Monster, where probably, oh, 1,100 of his career hits ricocheted to safety.

I suppose the question of why it took so long must be considered. His blank-ink bona fides on his baseball-reference page make a convincing enough case. He made eight All-Star teams with the Red Sox, led the league on-base percentage six times, collected six Silver Slugger Awards, won five batting titles, including four straight from 1985-88, and finished in the top 10 in Most Valuable Player voting four times.

Why it took so long to retire Boggs’s number – the likes of Holt, Lou Merloni, and Wes Chamberlain have worn it since he left – remains something of a mystery. Sure, there are clues and logical suspicions. The Margo Adams scandal in 1988 embarrassed the organization. (I wish I’d been aware of fantasy sports then just to name a team Delta Force.) He didn’t end his career with the organization, one of the stipulations for having a number retired, albeit a silly and contrived one. And he did join the Yankees, though it was his prerogative after the Red Sox let him go. The police horse? All that did was make him look like a specific part of the horse.

But Boggs has long been worth celebrating, even if we didn’t always think to celebrate him. Not just because he was an extraordinary offensive player who was revolutionary in his approach, at least by the let-it-fly hitting philosophies of the time. But for the quirks, too. He ate chicken before every game, drew the Chai symbol in the batter’s box (he was not Jewish), rarely swung at the first pitch, ran sprints at 7:17 every night, allegedly drank 64 beers on a cross country flight and lived to tell about it, once claimed he “willed himself invisible’’ to elude an attacker, and – this still makes me laugh — fell out a Jeep driven by his wife Debbie, which led him to show off the tread mark on his arm to the media while announcing, “I’m the white Irving Fryar.’’

Boggs was a weirdo genius, but he was our weirdo genius. I’m glad the Red Sox have remembered that his myopic, obsessive must-get-on-base “selfishness’’ was extremely beneficial to the team even if it wasn’t fully appreciated in the moment. Twenty-four years after his last plate appearance for the Red Sox, Boggs will be worthy of a celebration in full. Just know now that there’s decent chance he’ll show up at the ceremony riding a police horse and wearing a Delta Force Alumni Association t-shirt.

This is what Fenway Park used to look like