The Red Sox are hoping All-Stars like David Price, Craig Kimbrel and David Ortiz can lead them back to the World Series in 2016. But first the team needs a truck driver from Milford to help get some precious cargo to Florida. For the 18th consecutive year, driver Al Hartz will be behind the wheel on Truck Day.

“I grew up in the area. I’ve always followed the Sox. Typical fan, I guess. Nothing outrageous, but I always keep track of them,’’ Hartz said a day before Truck Day 2016.

“I always remember Yaz, Rico Petrocelli and Luis Tiant. They were the guys when I was young.’’

A Massachusetts native who grew up less than 40 miles from Fenway Park, Hartz is a driver for New England Household Moving & Storage who first got his commercial license in 1981. He has been entrusted with hauling the Red Sox’ equipment down to Fort Myers, Florida each year since 1998.

“I really didn’t know much about Truck Day that very first day I showed up,’’ Hartz said.

“I pulled up at six in the morning and a TV camera there followed me into the clubhouse. I was doing my best to shake him. I didn’t know what was going on.’’ 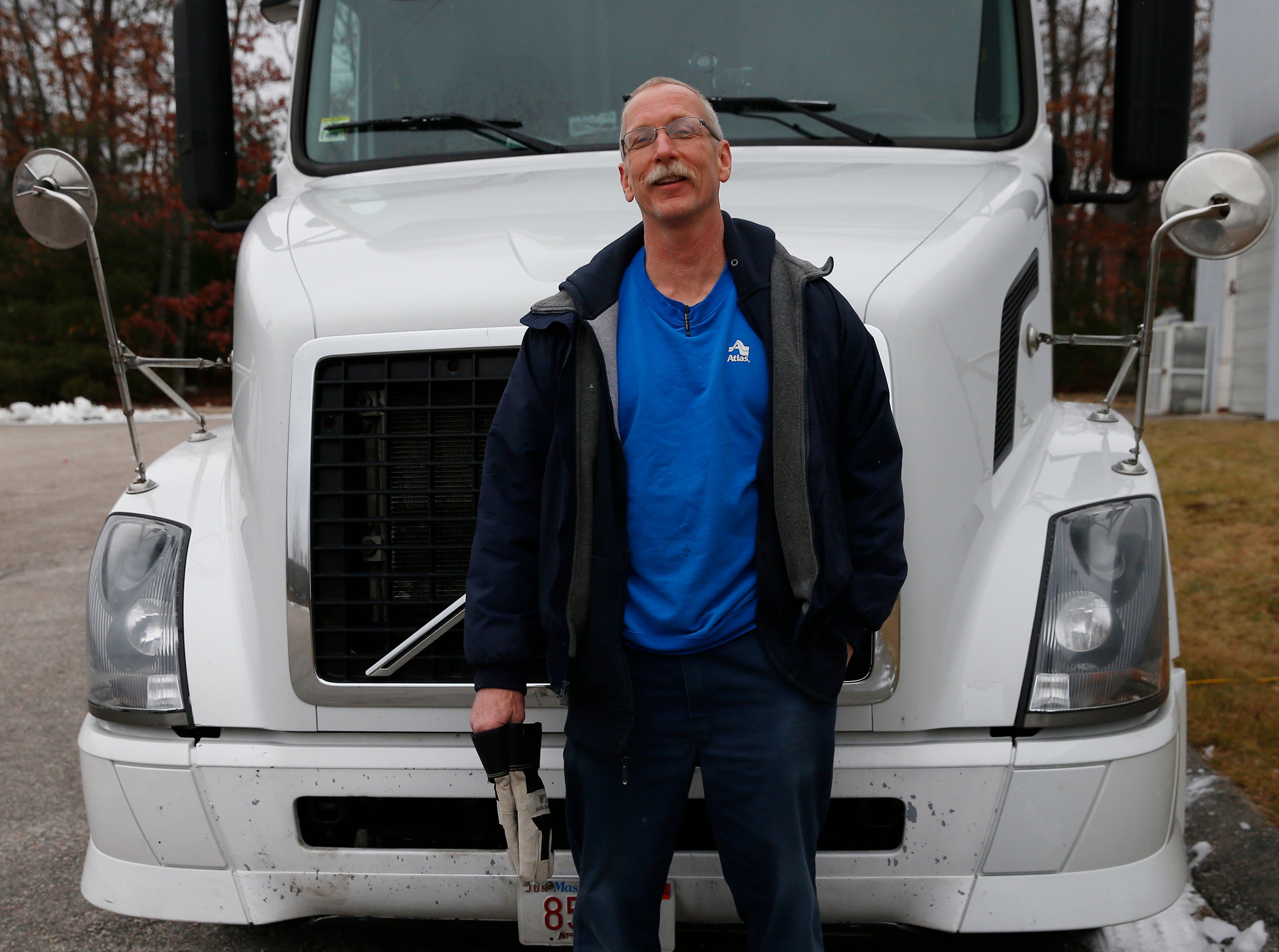 Over the years, Hartz has seen Truck Day evolve from a logistical necessity to a high-profile event. Fans who came to Fenway Park to watch the 53-foot truck depart from Fenway Park on Van Ness Street on Wednesday were greeted by Wally the Green Monster and giveaways.

“I’m not comfortable with all the attention and all that,’’ he said. “I’m always looking to getting all of that out of the way.’’

After the truck is loaded, its driver bids farewell to the crowds and begins the approximately two-and-a-half-day journey. Once the Green monster in the rear view mirror, it’s all business.

“I do have my favorite rest stops and that revolves around what restaurants they have’’ he said. “But other than that I don’t make any stops other than to pull over, get something to eat, take a shower and sleep at the trick stop. You don’t do a lot of sightseeing on the way down there with a tractor trailer.’’

Hartz isn’t simply ensuring that the team’s gear makes the 1,480-mile trek safely every February. For Red Sox fans, he is a herald of spring. Where he goes, baseball follows. Anticipiation for warmer weather and optimism for October baseball might as well be on the truck’s manifest, along with those 1,100 bats and 20 cases of bubble gum.

Hartz enjoys the work — especially the return trip — but isn’t as comfortable in the spotlight as the superstar athletes who will ultimately swing all those bats and chew all of that bubble gum that he delivers safely to Florida each February.

“This is a job I look forward to every year. I get to see behind the scenes,’’ he said. “I know all the clubhouse guys. So it’s pretty neat. One thing I’m not thrilled about is doing all the interviews all the time.’’ 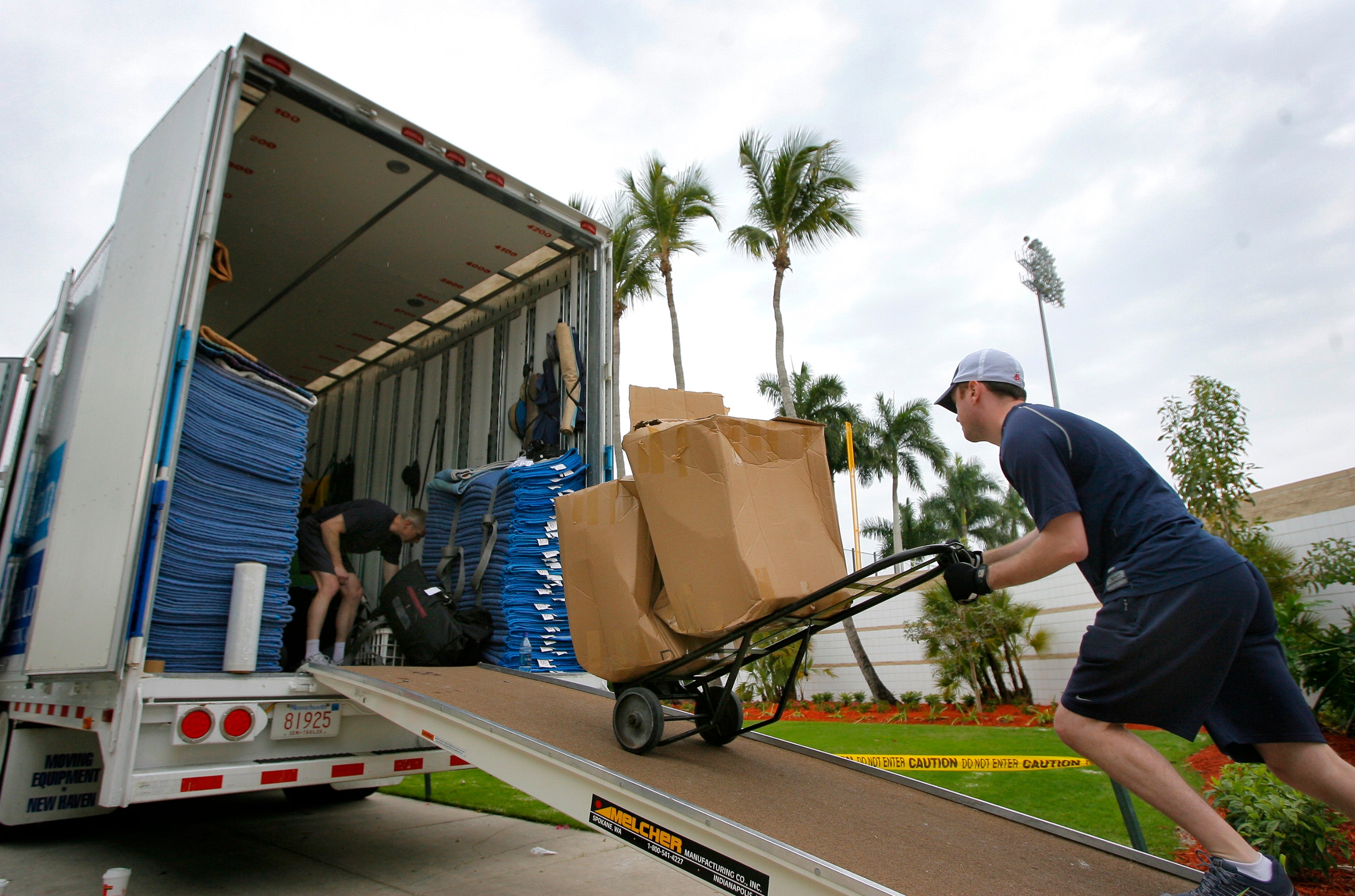 Following the drive from Boston, the Red Sox equipment truck is unloaded under some palm trees in 2007.