David Price is the Red Sox ace. Clay Buchholz will pitch second in the rotation. But with the Red Sox presumed No. 3 starter Eduardo Rodriguez set to open the season on the team’s disabled list, the rest of the rotation is uncertain. Red Sox manager John Farrell has yet to indicate which pitcher will follow Buchholz.

Farrell said Tuesday he would decide the third spot based on “just the way guys have thrown. Pretty straightforward. You’re looking to send the guys that are throwing the best and most consistent to lead things off.”

Those comments, which preceded the Sox’ 6-2 loss to the Twins, led some to believe Joe Kelly is the best candidate for the third spot. The 27-year-old righty entered Tuesday’s competition against the Twins with a 1.35 ERA. But in four innings against Minnesota, Kelly allowed eight hits, two walks, and three homers, including a first-pitch homer to the Twins’ Brian Dozier.

“He had great stuff today — power to his fastball, he was down in the strike zone quite a bit,” Farrell told reporters Tuesday after the loss to the Twins. “Made some pitches up, out over the plate that, when you look at the first pitch of the game, Dozier rides one out of here. But power stuff. Not as efficient as the first two, three times out for him.”

Porcello, who signed for four years and $82 million during the 2015 offseason, has allowed 29 hits and four homers in 15.2 innings during spring training. He finished the 2015 season with a 4.92 ERA, tied for the worst in his career.

“He’s capable of better,” Farrell said on Monday after the Sox’ 5-3 loss to the Orioles where Porcello allowed 10 hits and three homers. “He has shown that. We need Rick to pitch to his strengths, which are continually worked on. He’s working at it to continue to refine it and gain that consistency. We need him to be a little bit more consistent.”

Wright has thrown 20.1 innings for 27 hits, six earned runs, and one home run. But Farrell has been reluctant to commit to 31-year-old knuckleballer at the fifth spot in the rotation — let alone No. 3.

“Steven Wright has pitched well this spring,” Farrell said Tuesday, via CSNNE.com, when asked if Wright had secured the No. 5 spot. “And without making an official announcement, that’s probably the way we’re leaning.”

With uncertainty surrounding Wright at No. 5, it would seem unlikely he would also be in the mix at No. 3. However, he and Kelly have almost identical stat lines through their Grapefruit League outings.

We know Price is the Opening Day starter — that’s the only real certainty for the Sox’ rotation. The rest is to be determined. 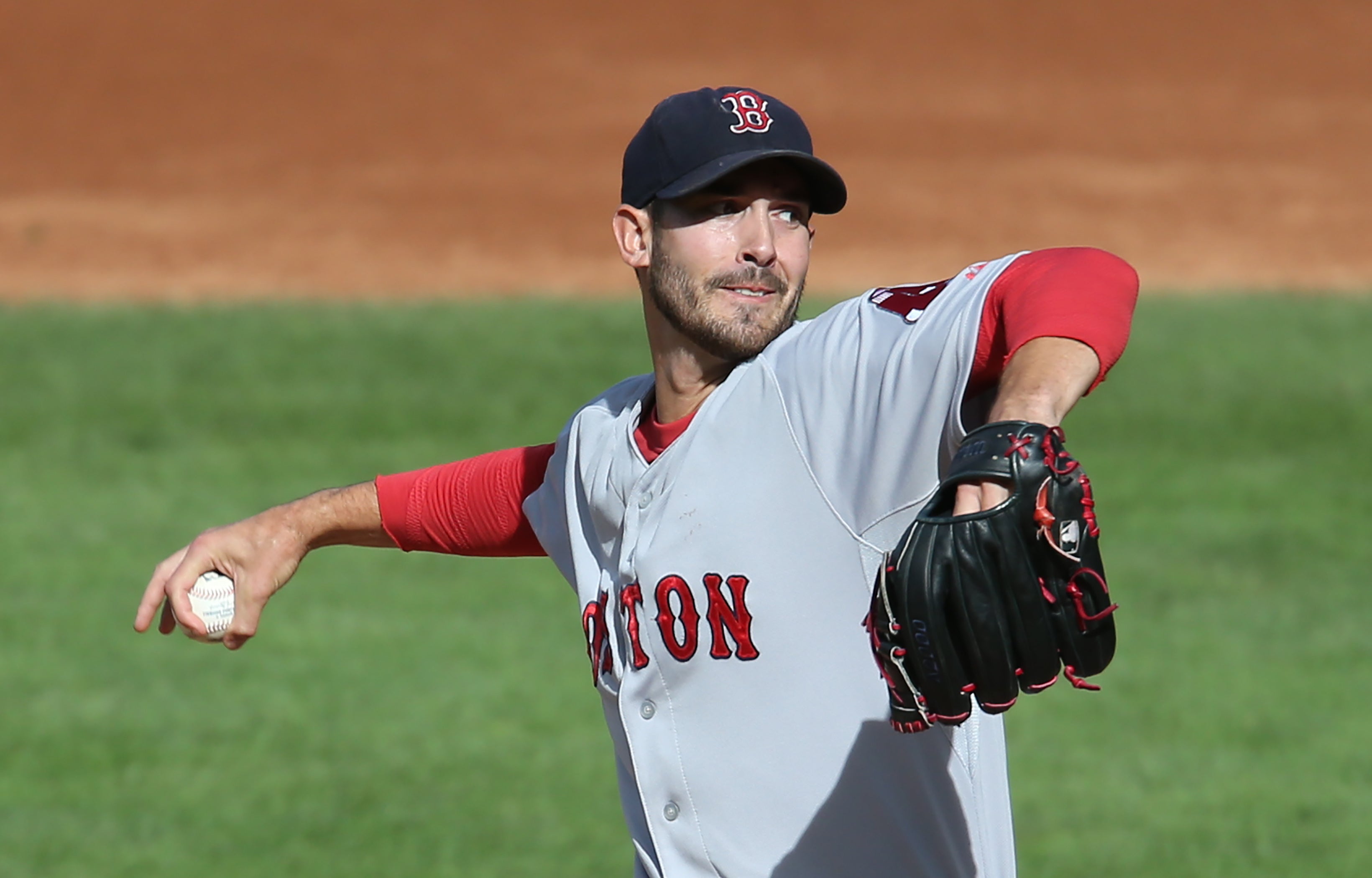 The curious case of Rick Porcello