After it was announced that Travis Shaw would start at third base for the Red Sox on Opening Day, Pablo Sandoval told reporters Thursday that he was “happy with the decision.”

However, his agent didn’t exactly feel the same.

Panda, agent rick thurman of @BHSCouncil met today. Thurman: “if you want to win, why leave the ferrari in the garage?’

There have been some recent rumors surrounding a potential Sandoval trade after the Padres reportedly sent a scout to observe his play this spring.  The 29-year-old is set to make $17 million this season after signing a 5-year, $95 million deal in November of 2014.

Sandoval is looking to bounce back from the disappointing 2015 campaign in which he hit .245 with 10 home runs and 47 RBIs in his first season with the Red Sox. 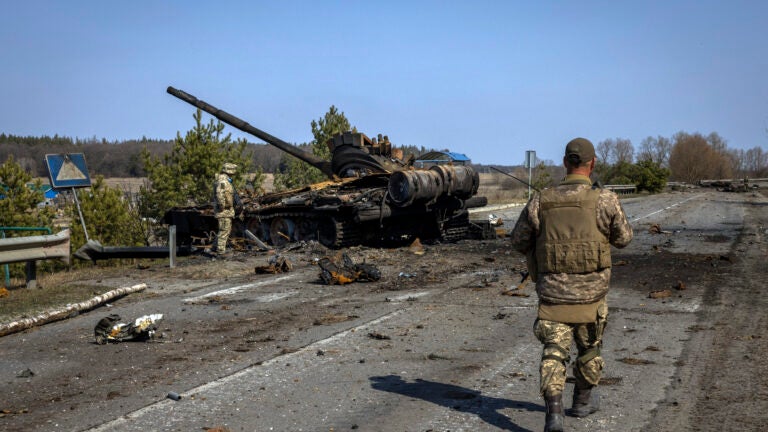 Why Russian troops are using tree branches for camouflage in Ukraine