CLEVELAND (AP) — At least David Ortiz can ditch the hoodie he’s had to wear under his Boston jersey for the first two games of his farewell season.

After four frigid days in Cleveland, Big Papi will warm up playing indoors in Toronto.

The series finale between the Indians and Red Sox was postponed by inclement weather on Thursday, capping a series that began with the season opener being called and included whipping winds and temperatures in the 30s.

Ortiz’s final season is off to a roaring start. He homered in each of the first two games, giving him 505 for his career and moving past Eddie Murray for 26th place on the all-time list.

Ortiz will continue his retirement tour in the comfort of the Rogers Centre during a three-game series that begins Friday.

After the scheduled opener for Monday was postponed, Ortiz homered off Trevor Bauer on Tuesday in a 6-2 Boston win. He homered again off Carlos Carrasco on Wednesday night, but the Indians rallied for a 7-6 victory on Mike Napoli’s homer in the seventh.

Danny Salazar, who missed a chance to go against Ortiz in the finale, will start Friday in Chicago in the opener of a three-game series. The 26-year-old right-hander, who watched Ortiz on television while growing up, was looking forward to the challenge.

“I wanted to face him,” Salazar said with a smile. “This is his last year. He’s a great, great hitter. It’s amazing being on the same level as he is.”

Salazar may yet get a chance to face Ortiz. The Indians visit Boston for a three-game series May 20-22. Both teams have a scheduled day off on Aug. 15 when the Red Sox could return to Progressive Field to make up Thursday’s postponement.

Both teams adjusted their rotation, which results in David Price starting Monday’s home opener at Fenway Park against Baltimore.

“It will be a treat for our fans to see David pitch on opening day in Boston,” manager John Farrell said.

Price, who signed a seven-year, $217 million contract in December, allowed two runs and struck out 10 in six innings Monday to win his Boston debut.

Indians ace Corey Kluber, who lost to Price on opening day, will start Tuesday in Tampa Bay instead of facing the White Sox on Sunday.

Farrell realizes poor weather in April is something teams have to live with.

“It’s something completely out of our control, so you don’t waste time thinking about it,” he said.

Red Sox: RHP Carson Smith (strained flexor), who is on the 15-day disabled list, will throw a bullpen session Sunday in Fort Myers, Florida. He was injured during a spring training outing three weeks ago.

Indians: Manager Terry Francona said LF Michael Brantley is scheduled to begin working out with Triple-A Columbus on Friday. Brantley is recovering from surgery on his right shoulder in November, and there’s no timetable for his return.

“He’s been so good about getting his work in and all things like that,” Francona said. “He’s done everything to try to put himself in position to play.”

OF Lonnie Chisenhall (sore left wrist) is scheduled to begin a rehab assignment Friday at Triple-A Columbus. He has been on the 15-day DL since March 28. 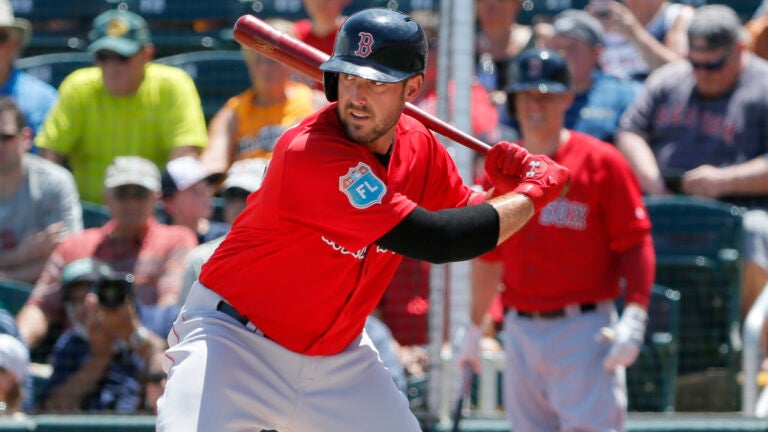 What are some realistic expectations for Travis Shaw?