BOSTON (AP) — The Orioles knew they were taking their unblemished record into a tough environment against a Red Sox team primed to perform in David Ortiz’s final home opener at Fenway Park.

Baltimore won with offense that had been missing during recent trips to Boston.

Chris Davis hit a tiebreaking, three-run homer off new Boston closer Craig Kimbrel in the ninth inning and drove in five runs, carrying the Orioles over the Red Sox 9-7 Monday.

The Orioles improved to 6-0 and remain the lone unbeaten team in the major leagues. They had been shut out in their previous three trips to Fenway, outscored 17-0.

“In that situation right there, I’m just not trying to do too much. I’m just trying to see the ball and put a good swing on it,” Davis said of his third homer in five games. “I didn’t necessarily need a three-run home run. But we’ll take it.”

Kimbrel (0-1), the All-Star reliever acquired in an offseason trade from San Diego, entered with the score 6-6. He walked Caleb Joseph with one out and Manny Machado with two outs, then gave up Davis’ home run to center on a 97 mph pitch.

Mookie Betts homered off Zach Britton leading off the bottom half, and Boston had two on and no outs when Ortiz grounded into a double play. Britton then struck out Hanley Ramirez for his third save.

Though it didn’t materialize, Red Sox manager John Farrell said the thought of some of Big Papi’s past heroics did enter his mind.

“Possibly the setup for the dramatic moment,” Farrell said after the game. “He’s risen to the occasion so many times.”

As excited as he was about his team’s late-inning offensive showing, Orioles manager Buck Showalter said he has a very levelheaded clubhouse.

“Our guys are very reality based and understand it doesn’t mean much of anything,” Showalter said. “They’re more interested in winning at the end of the season.”

Davis also had a two-run single in the third against new Red Sox ace David Price, signed to a $217 million deal during the offseason. Price had been 6-1 with 1.95 ERA in 11 regular-season starts at Fenway Park but allowed five runs and five hits in five innings with eight strikeouts and two walks.

Brad Brach (2-0) pitched a perfect eighth for the win.

Xander Bogaerts and Ortiz hit RBI singles in a three-run second off Yovani Gallardo, who gave up five runs and seven hits in five innings.

Baltimore took a 5-3 lead in the third, when Machado hit an RBI single and scored on Mark Trumbo’s first home run for the Orioles, a two-run drive.

While it might be early, Davis said it is encouraging that his team, which has received criticism at times about its ability to manufacture runs, was able to come through when it mattered.

“I’m proud of how we’re playing,” Davis said. Everybody knows once it heats up, the ball’s going to start flying, and guys are going to start hitting the ball out of the ballpark. It’s good to see these quality at-bats early on.”

Orioles: CF Adam Jones missed his fourth straight game with rib soreness. Showalter said Jones is “very close” he hopes Jones, who hasn’t played since the opener on April 4, can return during the three-game series.

Baltimore set a new franchise record, winning their sixth straight game to open the season, and 11th straight overall dating back to September of last year.

The Orioles have homered in five straight games since their second game of the season. In all six different players have hit a total of 10 home runs.

Orioles: RHP Mike Wright will be making his season debut Tuesday night after twice having it postponed because of rainouts. 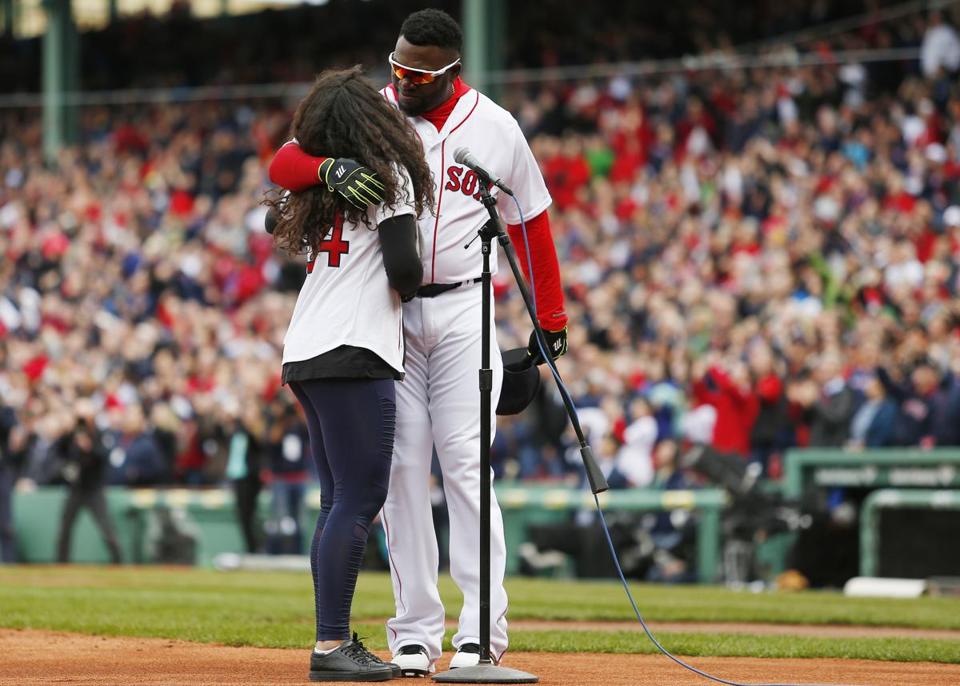