BOSTON (AP) — After jumping all over Boston ace David Price in the series opener, the Baltimore Orioles had plenty left for an encore performance Tuesday night.

J.J. Hardy had a pair of two-run home runs, Mark Trumbo added another and the Orioles pounded the Red Sox 9-5 to win their seventh straight game to begin the season.

The Orioles are the only remaining undefeated team in the majors, and this is their best start since moving to Baltimore in 1954 — the franchise went 9-0 as the St. Louis Browns to start the 1944 season.

“It’s just every night,” Hardy said. “You watch the guys when you’re sitting in the dugout and watch everybody’s at-bats. It’s fun because everybody 1 through 9 can do it.”

Trumbo’s homer off Clay Buchholz (0-1) was his second in two days. It was part of a three-run sixth inning that put the Orioles in front.

Hardy curled Buchholz’s fastball inside the right field foul pole for his first homer in the fourth, then got his second off Robbie Ross in the seventh.

“You like to see good things happen to good people and he deserves a couple of breaks,” Baltimore manager Buck Showalter said. “But he put good swings on those balls.”

Buchholz went five innings — one more than in his season debut — but allowed five earned runs for the second time in a row.

“I felt like I had good stuff. I felt like I threw the ball pretty well tonight,” Buchholz said. “Two home runs got me.”

Mike Wright (1-0) made his season debut after having it delayed by a rainout. He went five innings, gave up four runs and struck out four.

Boston started fast, taking a 2-0 lead on David Ortiz’s third home run of the season in the first.

The Orioles have scored nine runs in each of the last two games.

It was the 12th career multihomer game for Hardy and his first since 2014.

Trumbo now has two home runs and five RBIs through two games of the three-game series, which concludes Wednesday night.

Baltimore had 11 hits and has at least eight in every game so far, the first time the franchise has ever done that through seven games.

“Everybody trusts one another,” Hardy said. “It really is a good lineup and it’s fun to be part of.”

Orioles: Showalter said LHP Brian Matusz, currently on the 15-day disabled list with a back strain, will pitch at least one more time for the Orioles’ Class A Frederick affiliate beginning Friday. Showalter said an outing Monday night for Matusz in Frederick “didn’t go too well for him.” Right-hander Kevin Gausman (shoulder) is also rehabbing while on the 15-day DL. Outfielder Adam Jones missed his fifth straight start with ribcage soreness.

Ortiz said there’s no reason to be overly concerned about their third straight loss.

“No. Why should I be?” Ortiz said. “We’ve got a hundred and some more games left. Things going to change. It’s early. Don’t panic.”

Fenway Park is the latest park to install cameras in the bullpens, but a television feed of the Orioles’ bullpen camera was obscured by a towel tied around it. The feed of Baltimore’s bullpen shown in the Red Sox dugout had only color block bars instead of a live image. The same thing occurred during Monday’s series opener, but Showalter said before Tuesday’s game the he was unaware anything was taking place. “I would tell you if I knew about it, but I’ll find out,” Showalter said.

Orioles: RHP Ubaldo Jimenez (1-0) will make his second start of the season. He struck out nine in seven innings in his debut against the Twins. 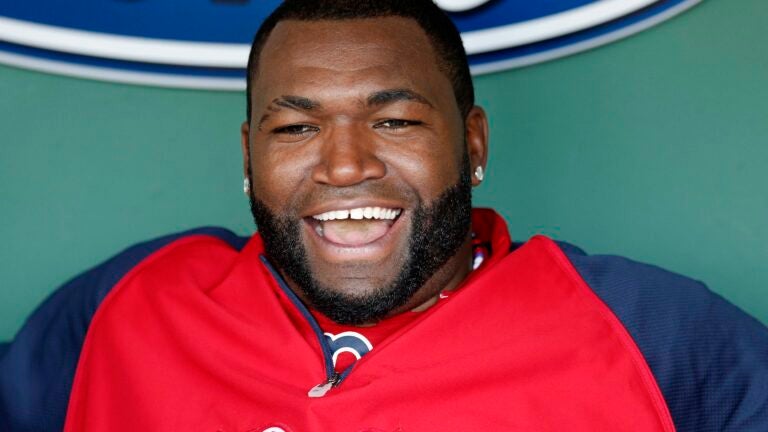 Every Red Sox fan knew the answer to this question on Jeopardy! last night