BOSTON (AP) — Rick Porcello was able to keep Toronto’s high-powered offense off the bases. David Ortiz and Hanley Ramirez had some fun running them.

Porcello pitched 6 1/3 solid innings and Travis Shaw hit a two-run double to lead the Boston Red Sox to a 5-3 victory over the Blue Jays on Friday night.

Ortiz added a run-scoring double for Boston, moving him one RBI behind Hall of Famer Tony Perez (1,652) for 26th all time. Big Papi also stole a base, joining Ted Williams, Cy Young and Rickey Henderson as the only four Red Sox players with a steal at 40-years-old.

“Everybody wants to remind me of that every day,” Ortiz said of his age.

It was a light moment in Boston’s third straight win.

“I think everybody in the ballpark shared that,” Red Sox manager John Farrell said of the fun watching Ortiz’s steal.

Shaw’s double came after Ramirez had an adventurous at-bat.

Ramirez fouled a ball off his left foot and sat down in the batter’s box before limping around a bit. He then reached on a passed ball when he struck out as the bat went flying past Toronto’s dugout. He raced home from first on Shaw’s hit, sliding in safely.

“The hustle out of the box by Hanley on the strikeout sets us up to score three runs,” Farrell said.

Edwin Encarnacion hit his first two homers of the season, drove in all three Toronto runs and had all of three of the Blue Jays’ hits. Last season, he hit 39 homers for the AL East champs.

“That’s what we can do if we get a few more guys heated up,” Blue Jays manager John Gibbons said.

Porcello (2-0) gave up three runs and two hits, striking out eight and walking one. He also hit two batters in beating Toronto for the second time in a week.

Craig Kimbrel got the final three outs for his third save. He allowed two runners to reach before fanning Justin Smoak.

Coming off consecutive wins over the Yankees, the Blue Jays were held to one hit until Encarnacion’s two-run shot in the seventh.

The Red Sox jumped ahead 3-0 in the first against knuckleballer Dickey. Ortiz made it 1-0 with his double halfway up the center-field wall. Shaw’s hit capped the big first.

Encarnacion’s first homer went into the last row of Green Monster seats in the second. His second just cleared the Monster in the seventh.

Mookie Betts’ RBI single made it 4-1. Dustin Pedroia also had an RBI single.

Red Sox: President of baseball operations Dave Dombrowski said 3B Pablo Sandoval would see orthopedic surgeon Dr. James Andrews for a second opinion on his strained left shoulder. He was placed on the 15-day DL before Wednesday’s game.

Justin Smoak fanned four times, the last to end the game. He’s 1 for 12 so far with 11 strikeouts.

Red Sox catcher Christian Vazquez returned from an injury rehab assignment and was inserted in the starting lineup. In the second inning, he picked Troy Tulowitzki off at first to complete a double play. In the bottom half, he doubled off the Green Monster and scored on Betts’ single. The 25-year-old missed the entire 2015 season after elbow reconstructive surgery.

Red Sox: LHP David Price (1-0, 5.73) was moved up a day to get back on a regular five-day turn. He looks to bounce back from a rough home opener when he gave up five runs in five innings. 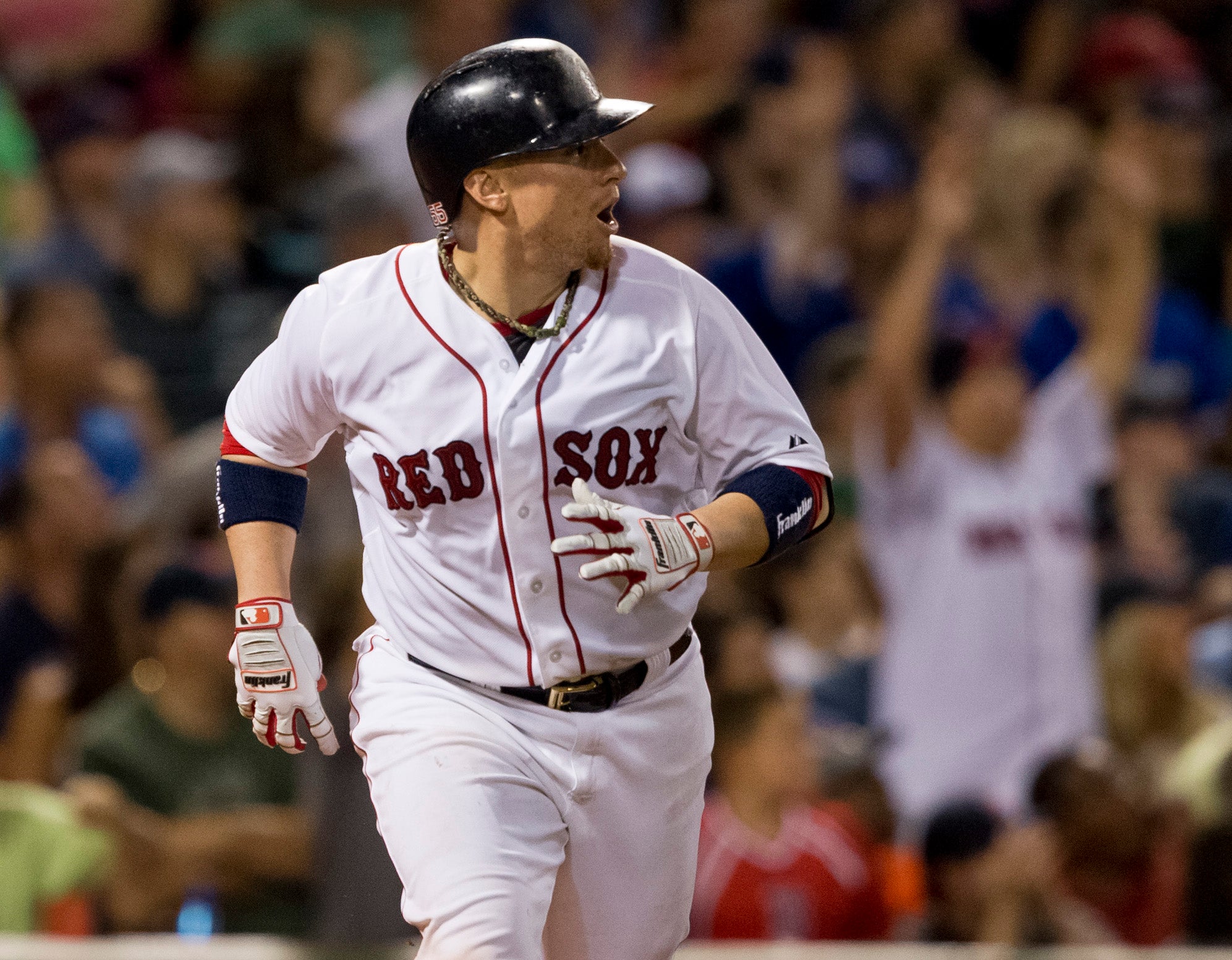