David Ortiz doesn’t seem to be slowing down on his farewell tour. Sometimes it actually looks like he’s speeding up.

The 40-year-old designated hitter stole his first base since 2013 in the Red Sox’ 5-3 win over the Blue Jays on Friday night at Fenway Park. The steal came in the seventh inning when Ortiz realized that nobody was covering second base.

Starting Saturday with one more look at #BigPapi and those wheels!https://t.co/tZGTIcC3eo

According to MLB.com’s Statcast, Ortiz’s top speed during the dash to second base was 16.4 miles per hour. It was the 16th stolen base of his career.

The swipe made Ortiz just the fourth player aged 40 or older to steal a base for the Red Sox. He joined Rickey Henderson, Ted Williams and Cy Young in the exclusive club. 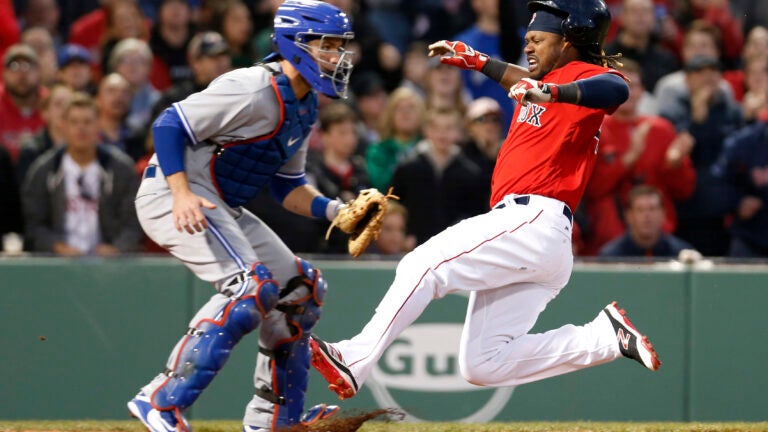