For several missions in the Korean War, the United States Marine Corps had one of the nation’s greatest ever baseball players flying alongside one of its (soon to be) greatest astronauts.

John Glenn, who died on Thursday at the age of 95, once led Red Sox great Ted Williams into battle. Williams, so often the dominant personality, was awed by Glenn.

“John Glenn? Oh … could he fly an airplane,” Williams once told the Chicago Tribune‘s Bob Greene. “Absolutely fearless. The best I ever saw. It was an honor to fly with him.”

Williams, who like Glenn also served in World War II, was called up as a reservist during the war in Korea. He was randomly assigned to be Glenn’s wingman.

“By luck of the draw, we went to Korea at the same time,” Glenn recalled after Williams’s death in 2002. “We were in the same squadron there. What they did at that time, they teamed up a reservist with a regular to fly together most of the time just because the regular Marine pilots normally had more instrument flying experience and things like that. So Ted and I were scheduled together. Ted flew as my wingman on about half the missions he flew in Korea.”

Williams reflected on the friendship he developed with Glenn after the latter gained fame as the first American to orbit the earth in February, 1962. In a rare column that he wrote himself for The Boston Globe in June of ’62, Williams said that even in Korea, he knew Glenn was going to be special.

“This was a man destined for something great; it was an intuitive feeling I had” wrote Williams. “John always had exceptional self-control and was one of the calmest men I have ever met, no matter how perilous the situation.”

In one especially difficult moment, Williams recalled how Glenn offered advice that helped Williams fly back to base safely. After getting hit by enemy anti-aircraft fire, Williams’s F9F Panther jet was ablaze. Glenn flew next to his wing and pointed up. Flying higher into thinner air, the fire was extinguished, allowing Williams to fly back to base.

When Glenn flew into orbit on Friendship 7 in 1962, Williams did something he wasn’t accustomed to.

“I don’t pray, but I said a little prayer for him,” Williams told the Globe after Glenn was safely home. 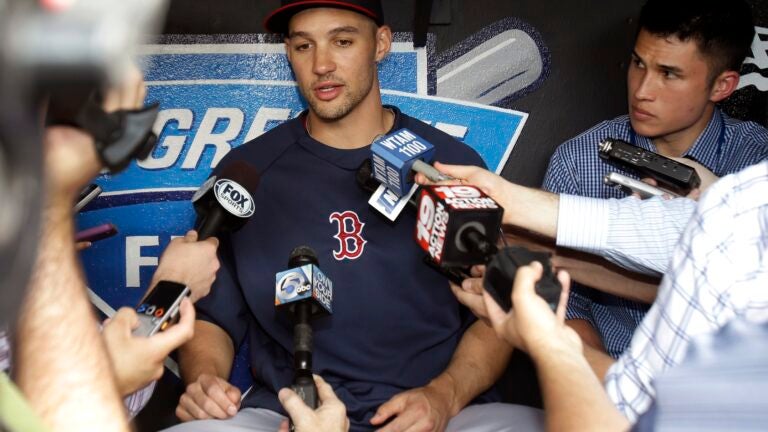